The Effects of Exercise on the Brain 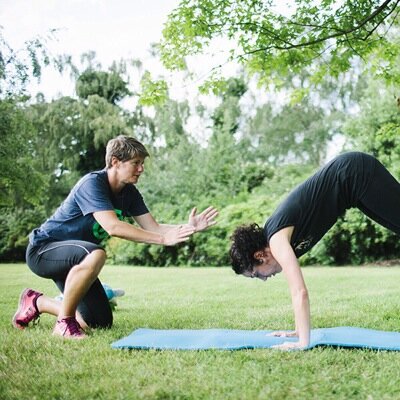 Exercise has a profound effect on the brain, and is without a doubt essential to having a long and enjoyable healthspan. Whenever I talk about helping someone achieve longevity in life, I use the term healthspan rather than lifespan. The difference I think is crucial; your lifespan could be anything up to100 years upwards, but a life that is healthy always trumps a life that is simply long.

Think of the brain as a muscle

The best way to promote brain health is to combine physical and mental exercises. For example, go for a run three times a week and also do a daily crossword to stay healthy. Alternatively, sports such as tennis, badminton, or most sports in fact, engage both the muscles of the body and the brain and help to maintain good coordination, agility and movement. You need to keep your brain fit and nourished in the same way you do your body.

Despite the fact that the brain only accounts for about 2% of our body weight, it requires around 20% of or daily calorie intake. It’s a demanding engine. Exercise has the effect of feeding the brain by improving blood flow, transporting oxygen and glucose, and then removing waste products as the deoxygenated blood leaves the brain. Improved blood flow also helps improve memory and attention span.

The supply of extra oxygen to a part of the brain called the hippocampus (responsible for learning and memory) helps to create new brain cells. This process is called neurogenesis, and these new cells survive even after you stop exercising. The hippocampus is especially receptive to new neuron growth after endurance exercise, which is further evidence to support the argument that the best type of regular exercise for most people is endurance as well as strength training.

Exercise encourages the production of neurotransmitters such as endorphins, dopamine and glutamate as well as generating serotonin, nicknamed the ‘feel-good’ hormone. All of these neurotransmitters help to improve our mood and make us feel good, which in turn can reduce feelings of anxiety and stress, and have a positive effect on depression. I discuss this in greater length in my book ‘Rise and Shine’, and if you’ve read it, you will appreciate the power of exercise for mental health.

Improved brain function can reduce the risk of serious and crippling conditions such as Alzheimer’s and Parkinson’s disease, and strokes and cognitive decline. Scientists now think there may be a link between Alzheimer’s disease and type 2 diabetes. The theory is that people who have type 2 diabetes produce extra insulin, and that can get into the brain, disrupting brain chemistry and leading toxic proteins that poison brain cells to form. Regular exercise can significantly reduce this risk by as much as 60%. It’s a no-brainer.

This relates to the brain’s ability to learn and grow, restructure, rebuild and reorganise. Neuroplasticity can be affected by tasks which stretch the brain such as learning a new language, learning to write with your non-dominant hand or learning the alphabet backwards. Our brains start to shrink once we get into our forties, but there are things we can do to slow that decline and stay sharp. Around three hours a week of brisk walking can halt or sometimes reverse brain shrinkage (atrophy) and encourage neurogenesis. This article first appeared in the June 2016 issue of SE22 magazine.