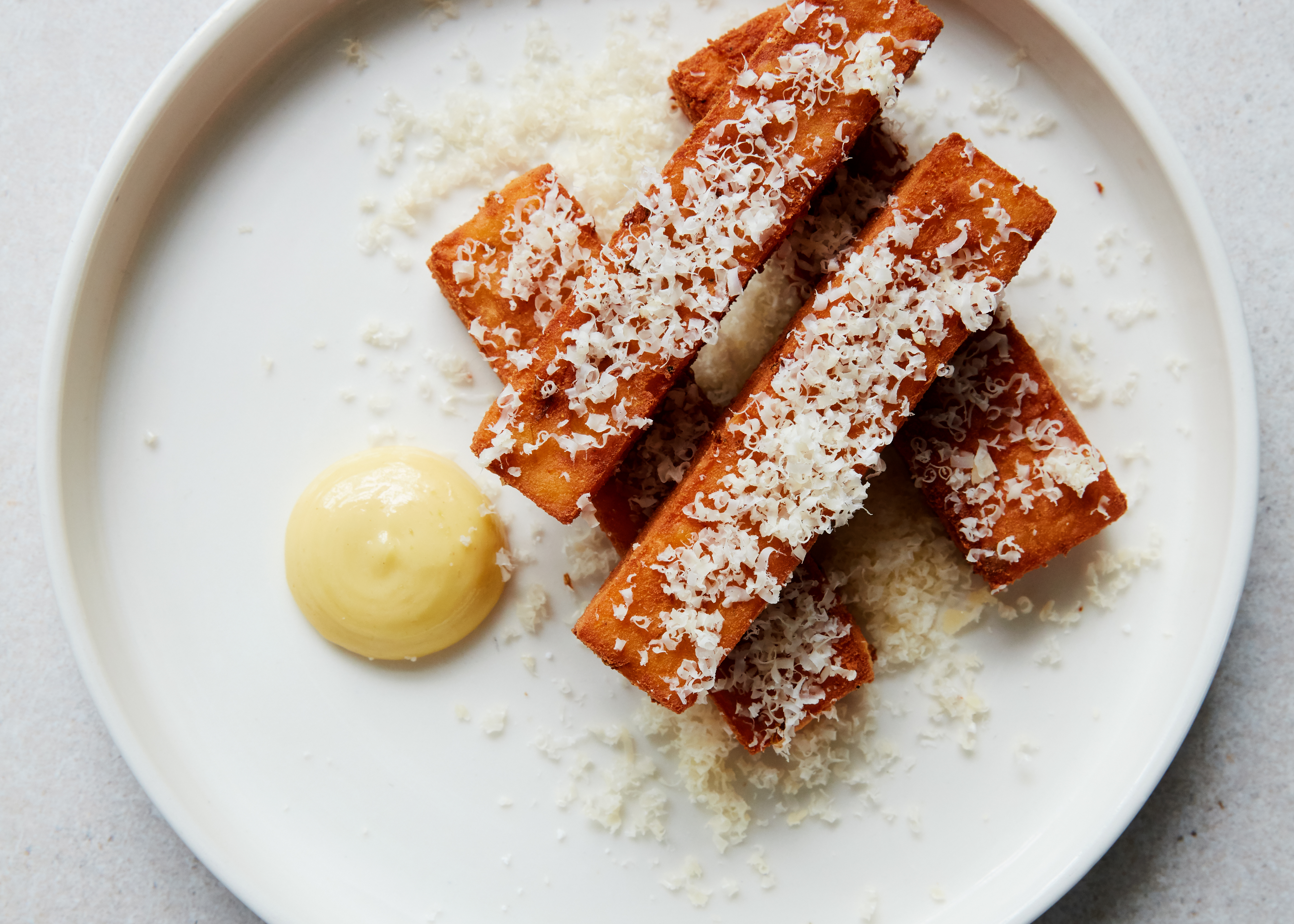 This October, following the success of Salon, Nicholas Balfe and his team, Mark Gurney and Matt Bushnell, are heading to Peckham to open their second restaurant, Levan. Inspired by the new wave of bistronomy that began in the quartiers of Paris and has spread through the neighbourhoods of Copenhagen and Barcelona, Levan will be open all day, with a focus on contemporary European dishes, and low-intervention and natural wines.

Housed in a converted warehouse block with large wooden sash windows allowing natural light to stream in throughout the day, Levan will be split into two parts. One side is dedicated to the bar, with diners able to perch at high tables and window ledges, and tables kept aside for walk-in guests. The other part of the space will be home to the dining room, with low mahogany-topped tables and mid-century modernist chairs.

Levan will throw open its doors early in the morning for breakfast, seasonal pastries, freshly baked on site as well as sourdough tartines with house cured salmon, goat’s curd & pickled elderberries as well as a croque monsieur made with Mons’ Cheese aged comte. Daytimes at Levan will take their cue from bistro culture on the continent: guests can pop in for a quick working lunch or take a more relaxed approach with dishes such as potato, chanterelle & Vacherin pie, a salad of figs, candied walnuts & Tymsboro goat’s cheese, or a slice of apple tart tatin with Ivy House cream.

As evening draws in, the blinds will come down, and subtle lighting and warm candlelight give a more intimate feel to the industrial space. Small, inventive plates lend themselves to quick bites at the bar or individual starters, such as Comté fries, saffron aioli; and Boudin noir, egg yolk, endive; while more substantial dishes will include Smoked pollack, spinach, asparagus and vin jaune; and 50-day aged rump cap, with wild garlic aioli and grilled calçots. Continuing Salon’s commitment to sustainability, the kitchen will butcher whole animals and use seasonal, responsibly-sourced produce from local suppliers.

In line with this philosophy, Director Mark Gurney has created a forward-thinking wine and cocktail list from small, artisanal producers. Levan will be pouring London’s most extensive selection of wine from the Jura region of France, known for its unusual indigenous varietals and organically-run estates, with the remainder of the list drawing upon both old and new world wines. While the drinks list will have a strong steer towards wine, bespoke cocktails will be built using botanicals and tinctures and from the kitchen garden, such as housemade blackcurrant leaf vermouth; rosemary pisco sours; and sweet cicely-infused margaritas.

“I’m looking forward to bringing our sustainable approach to cooking to a more European style of restaurant. We picked the name because we’re all huge fans of Larry Levan, an iconic music producer and DJ who essentially tore up the rulebook and wrote the blueprint for what dance music would become. It’s this sense of freedom of expression that ties the work of Larry to the work of our favourite left-field wine-makers today, which will be a huge focus at the new restaurant. He changed the way people thought about music, and we’re seeing the beginning of a shift in the way that people think about wine.” Says Founder Nicholas Balfe.