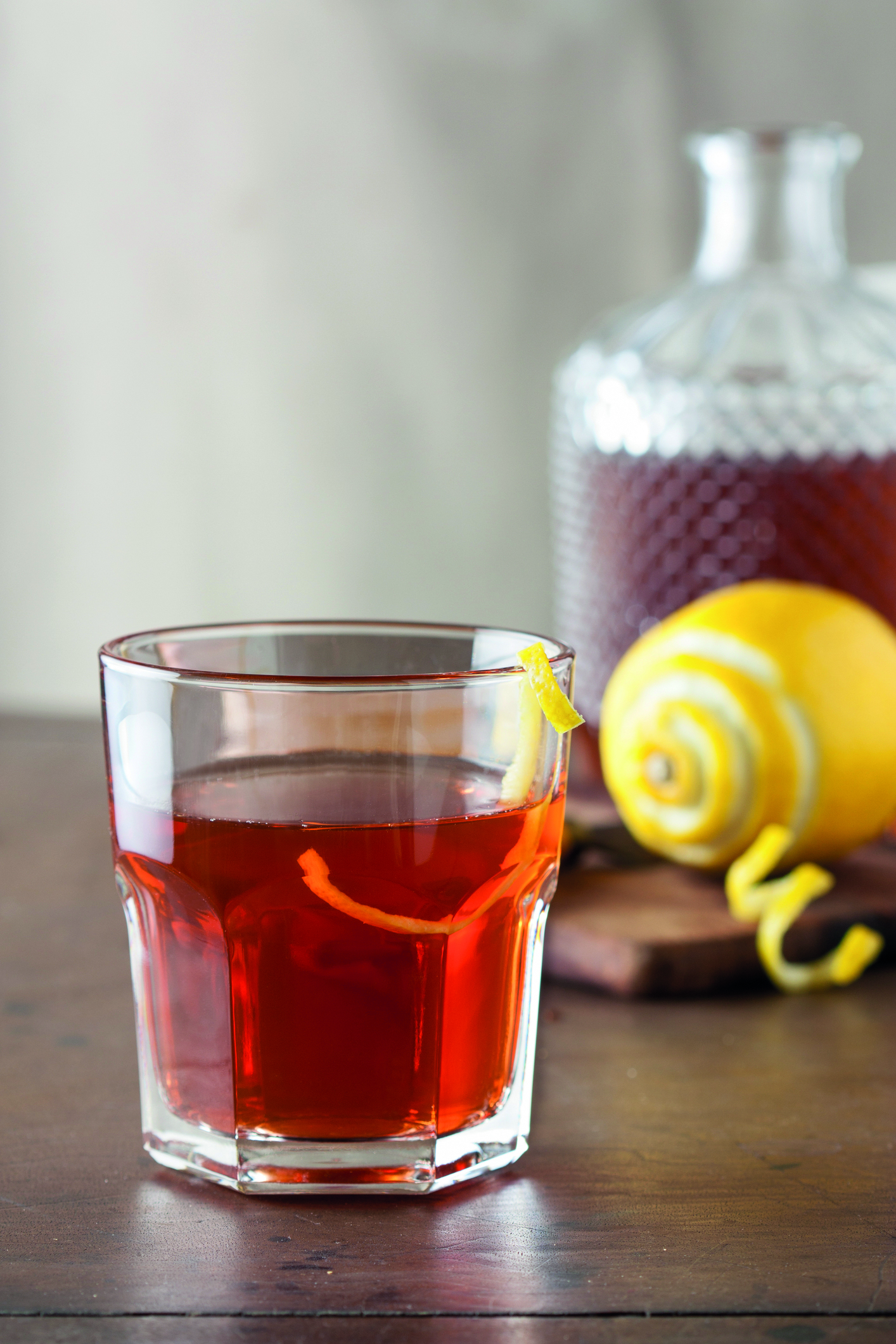 As the days get warmer and the mood and evenings lighter, we can start to move the party outside. However, early evening drinks can be far from fun for the Hectic Host. Forget the stress of trying to run a fully stocked bar, instead invite friends over for predetermined cocktails and serve from jugs straight from the fridge. Recipes are readily available so we won’t go into detail here, but what to make? Is the evening a cool and classic Martini affair (very dry with a twist) or do you want to wow guests with your Woo Woos? Here is the lowdown on some classic cocktails to help you decide.

The Manhattan is a sophisticated blend of whiskey, sweet vermouth and Angostura bitters. According to legend it was invented in the Manhattan Club in 1874 at a party held by Winston Churchill’s mother to celebrate the victory of the Democratic candidate in the state election. With this provenance the elegant Manhattan gets our vote.

The Bellini is a blend of pureed peach and prosecco and was created by the founder of Venice’s famous Harry’s Bar, Giuseppe Cipriani, in 1934. The colour reminded him of a saint’s robes in a painting by Italian Renaissance artist Giovanni Bellini.

The Kir is an easy to make blend of crème de cassis and white wine and has long been served as a pre-dinner drink in France. It was not given its name until after the Second World War in honour of the Mayor of Dijon, Felix Kir, an exponent of the drink.

The Daiquiri is a blend of rum, lime juice, and sugar and was invented in 1905 when Americans, who were hanging out on the eponymous Cuban beach, began mixing local ingredients.

The little known Sazerac, one the oldest American cocktails, is a blend of Cognac, bitters, sugar and absinthe and dates back to the 1850 when a New Orleans bar owner began mixing an imported brandy, Sazerac-de-Forge et Fils, with bitters made in a local apothecary by pharmacist Antoine Peychaud. The Sazerac is our top tip for 2015’s trendy tipple.

The Negroni, a blend of gin, vermouth rosso and Campari, is credited to Count Camillo Negroni whom in 1919 fortified his favourite cocktail, the Americano, by adding gin rather than the normal soda water.

The Singapore Sling, a blend of gin, cherry brandy and Benedictine, was created by a bartender, Ngiam Tong Boon, of the Raffles Hotel’s Long Bar in Singapore prior to 1910. Use sweet vermouth rather than cherry brandy for a Gin Sling.

The Sidecar a blend of brandy, Cointreau and lemon juice was supposedly created in Paris just after the First World War. As legend has it the drink was served to an American army captain to warm him after having being driven to dinner in this particular mode of transport.

On that note do not forget your designated drivers; the Shirley Temple, loathed by the child star and politician, is a refreshingly fizzy blend of ginger and grenadine.

This feature first appeared in the May 2015 issue of SE22 magazine.