Hamlet attendances continue to rocket as top spot is maintained 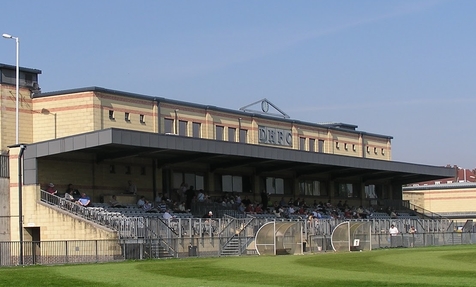 Dulwich have entered the new year in pole position to clinch promotion from the Isthmian League after a highly impressive festive period. Despite the clubs rightful reputation for free flowing ‘sexy football’, the team are also demonstrating an ability to grind out results, something which was occasionally missing in last years charge at promotion. They may have been positioned just a week apart but Hamlet clearly demonstrated this versatility across the games against Grays Athletic and Kingstonian.

The visit to Essex to take on Grays will largely be remembered for the officials and their loss of control that risked turning the game into a farce.

The game kicked off with many of the Hamlet faithful trapped on a broken down train and they may have wished they were trapped a little longer when they entered the stadium to see their team concede a needless penalty. The resulting kick was thankfully poor, with Wilson diving low to his right to comfortably save.

Hamlet pressed forward and began to create chances, Carew as always was looking dangerous from free kicks and the close control of McDonald was worrying the Grays defence. The deadlock was broken early in the second half when McDonald was gifted a chance he duly took when the opposition defender was deceived by the bobbly pitch.

Chances fell to both teams but the real drama began in 69th minute when Grays were awarded another penalty following a perfectly legal challenge from Jordan Brown. The Dulwich protests were prolonged, but didn’t stop Grays man Fortnam-Tomlinson from slotting home.

The debate with the officials continued and saw Ashley Carew awarded two yellow cards for his extended discontent with the decision. When assistant manager Junior Kadi was sent to the stands for his part in the protests, it seemed that it could be a nervous final twenty minutes. However Hamlet looked determined to right the injustice of the penalty decision, forward they pushed – not satisfied with a single point and was the men in pink that looked the most likely victors.

In 89th minute Nyren Clunis won a free kick on the corner of the box. With set piece specialist Carew taking an early bath, Scannell swung the ball into the box, nobody managed to a get a head on the ball as it floated through the box unobstructed and nestled into the back on the net. The sense of injustice still fresh in the mouths of the players and supporters alike there were scenes of delight among the travelling supporters as the 2-1 victory was clinched.

A week later on Boxing Day, Kingstonian were the visitors to the Hill. Labelled as potential title challengers themselves, another tight game was expected but the reality was anything but as Hamlet swaggered to a 5-1 victory. Within a week Hamlet had demonstrated with two very different performances why this could be the year that they clinch the title.

Particularly in the winter months, please do keep an eye on the clubs website for fixture changes due to adverse weather or Cup commitments.