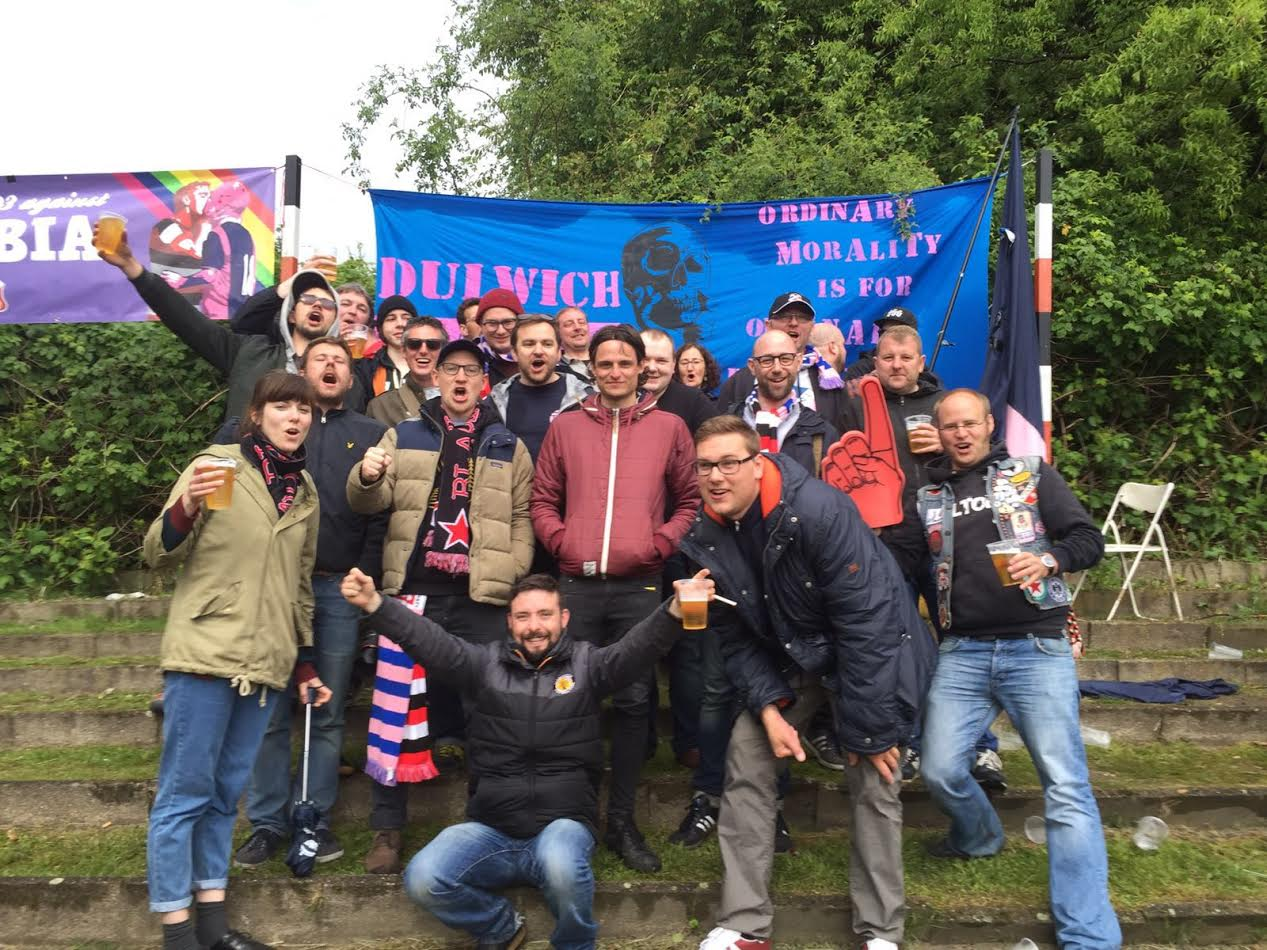 Dulwich Hamlet continue to maintain their position in the top 5 of the Isthmian Premier league heading into February.  Despite several teams below currently having a number of games in-hand, if the team continues its present run of good form we will certainly be challenging for promotion come the end of the season.

On the cup front Dulwich are still competing in three cup competitions.  In the FA Trophy, a well-deserved 4 -1 win away to National League South team Whitehawk saw the club through to the next round.  Despite going one nil down in the first minute of the second half, a vociferous 200 plus traveling pink and blue army saw the team through to the last 16 securing a tie away to National League team Braintree on Saturday 4 February.

In the London Senior Cup Dulwich are due to play a home tie against Barkingside on Tuesday 24 January.  There is a lot of interest in this tie as a win would see us playing long-time local rivals Tooting and Mitcham United at home in the quarter finals, giving the club a chance of revenge for the semi-final defeat against the same opponents in this completion last season.  Our final cup completion threw up an away fixture to AFC Hornchurch in the Isthmian league cup on Tuesday 31st January.

At the last home league game before Christmas, nine and a half bikes, yes that’s correct half a bike, were donated by supporters to the local charity called the Bike Project who work with refugees to repair and donate bikes (http://thebikeproject.co.uk). If you were unable to attend the match and have a bike you wish to donate, please contact the Supporters Trust and we can make arrangements for the bike to reach the charity.

The football club will be holding a fund-raising football quiz night in the bar at Champion Hill on Wednesday 25 January in aid of taking the team to Hamburg in July 2018 for a special 125-year university celebration. The overall target is to raise around eight thousand pounds to fly out a full First Team squad to the German city for a two-match pre-season tour, the highlight of this trip being a celebratory match against our very good friends from Altona 93, who were also founded in 1893.  It’s only £30 a team, which can consist of up to six players per team, and if your team is a smaller one then it’s simply a fiver a player to join in the fun!

This article first appeared in the February issue of SE22 magazine.