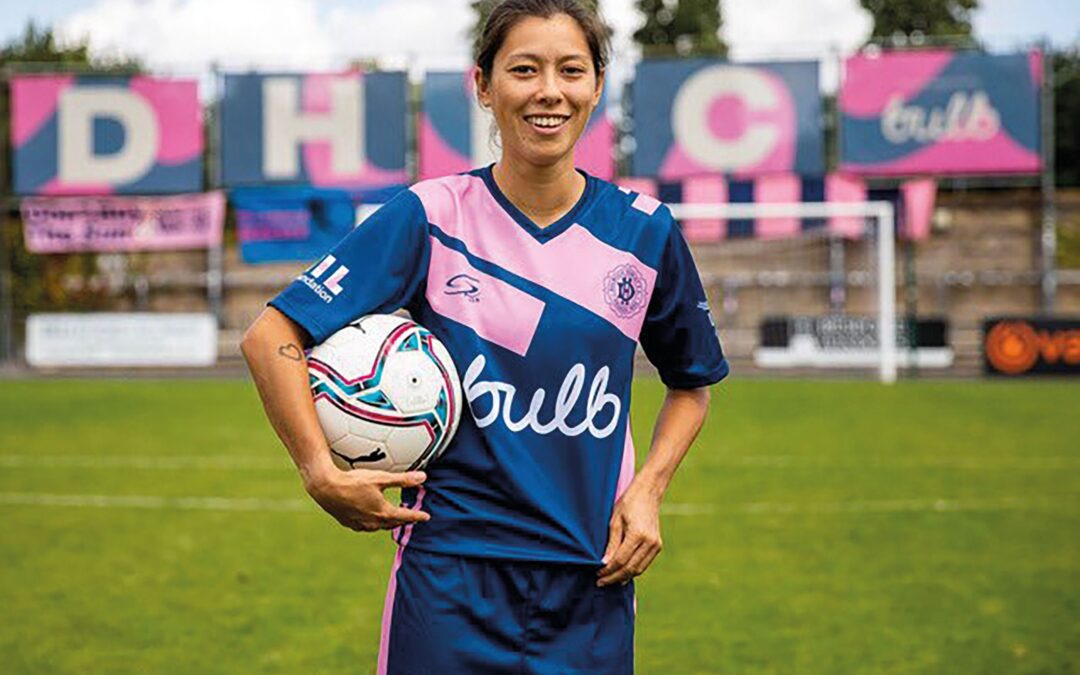 A 2-0 pumping by league favourites Dartford in August left Dulwich fans wondering which position the Hamlet could best hope to be in by the season’s climax. A mere two days later our perkiness was restored by the joy of six as the Pink and Blues penetrated hapless Hemel Hempstead’s defence with some comfort, shunting half a dozen goals past Hertfordshire’s most senior alliterated team.  A battling draw in sunny Eastbourne followed by a somewhat bonkers 3-1 victory against Hungerford Town left the Hamlet sniffing around the playoffs like a drug-squad spaniel. Sanguinity abounds.

And the crowds are back to see them do it. Champion Hill is bouncing to an average of 2000 of your fellow locals at each home game; a number that turns the atmosphere up to eleven, but which feels comfortable and Covid safe. You should come down to see East Dulwich’s finest. Buy a pint and a pie. And pat the many dogs that eagerly patrol the pitch’s perimeter for dropped and discarded food.

Meanwhile Dulwich Hamlet Women are sweeping all before them in the London and South East Regional Women’s Premier league.  The football is as spicy as a Peckham peri peri, with the Daughters of Edgar Kail looking like early contenders for honours.

Too much excitement at the Stadio della Dog Kennel Hill Sainsbury’s already! We’re not sure our sleepy southern suburb can cope.

But cope it must. And what better way to cope than to don one of the Hamlet’s brand new and very fine replica shirts. Prices range from £25-35, with sizes ranging from 3/6 months for the nippers to 4XL for the big boned. Imagine yourself swaggering down Lordship Lane in one of these; buying fancy cheeses, stocking up on baked products, trying on yoga pants. Like an absolute boss.

You can get all the right clobber via the online shop at www.dhst.org.uk or at the mega-container club shop on match day. And as ever you can check out all the details of upcoming games at www.pitchero.com/clubs/dulwichhamlet/.

We’ll sithee down at Champion Hill, as Fred Trueman might have said.