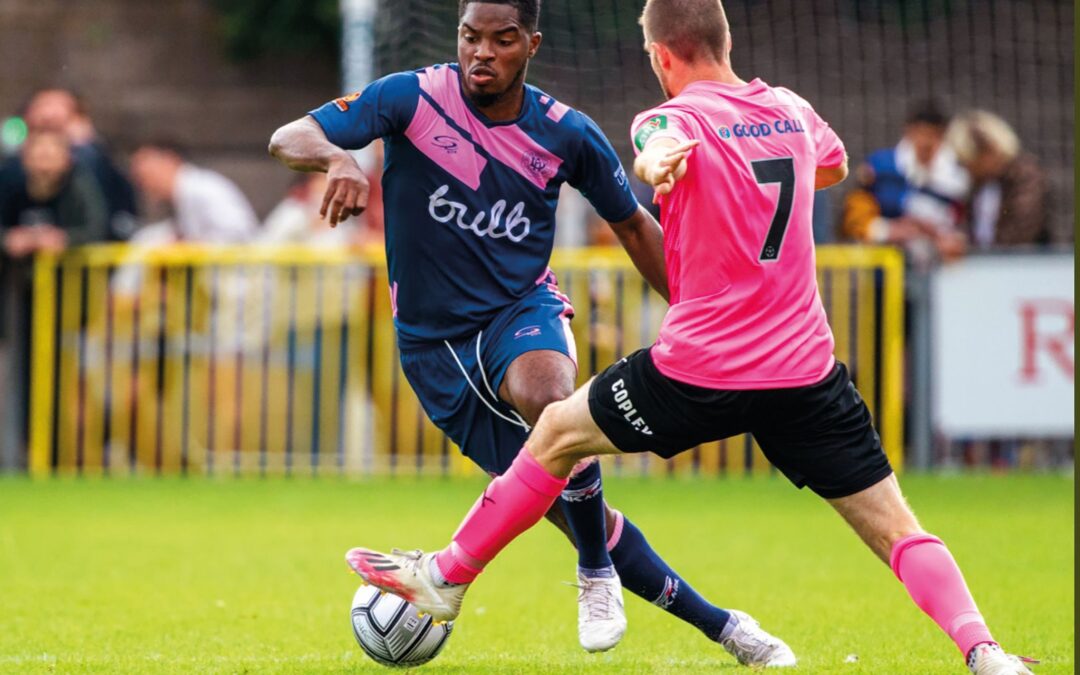 Some Italian chap once asserted “There is nothing in the whole world which abides. All things are in a state of ebb and flow.” Now there is no evidence that Ovid, wearing a fancy toga, nonchalantly plucking at his lyre, ever made it down to Champion Hill. But had he done so he’d have recognised the last couple of months at the Stadio della Dog Kennel Hill Sainsbury’s.

On the ebb side, Dulwich Hamlet kept up their ignominious history of crashing out of the FA Cup early doors by losing to a talented team of baggage handlers from Heathrow Airport. There was then a soul-sapping defeat to bottom of the league boom to busters Billericay, leaving a huge Hamlet crowd feeling decidedly dicky.

And yet the flows have gushed forth too, with a babble of Rabble inspired victories secured over fleshpots such as Hungerford, Chelmsford and Braintree. Triumphs which have pitched the Sons of Edgar Kail towards the nosebleed inducing upper reaches of the Conference South.

Two home victories stand out.  First against old double-barrelled rivals Hampton and Richmond, where another Italian, Fibonacci, would have nodded knowingly at the progress of the scoreline. 1-0, 1-1, 1-2, 2-2, 2-3, 3-3 before a thrilling 4-3 victory was secured over the dashing West Londoners [are you sure that’s the Fibonacci Sequence – Ed]. Continuing the Latin theme, East Dulwich’s finest then took on the Romans of Bath City.  Known throughout non-league football as El MiddleClásico, the match’s outcome was never in doubt as the legions in pink and blue flooded forward, emerging 3-0 victors, and sending the Romanes eunt domes pointless and bereft.

Thrilling stuff. Let us hope the Hamlet don’t rest on their laurels as the season careers towards Christmas

Meanwhile the Daughters of Edgar Kail have struggled a little to gain momentum in their campaign this season.  But now, with crowds for their Sunday home games approaching the 500 mark, there is a sense the Hamlet’s women’s team are about to burst out of the traps like a demented greyhound despatching hamstrung hares.Why not head down to Champion Hill and grab a game.  It’s £4 for adults, U13s free and £2 concessions. Truly the most fun you can have on a Sunday outside polishing your Volvo.

Off the field, many congratulations to fan favourite and fabulous forward Danny Mills, who has been named on The Football Black List 2021. The list honours role models from the black community who are working in football and everyone who knows Danny will know it is heartily deserved.

As ever, you can check out all the details of upcoming games and league fixtures at www.pitchero.com/clubs/dulwichhamlet/. And you can make sure you have all the right gear as you stand on the terraces either via the online shop at www.dhst.org.uk or at the mega-container club shop on match day. Replica shirts are available, plus hats, scarfs and other sundry merchandise to ensure you are the talk of trendy Lordship Lane.