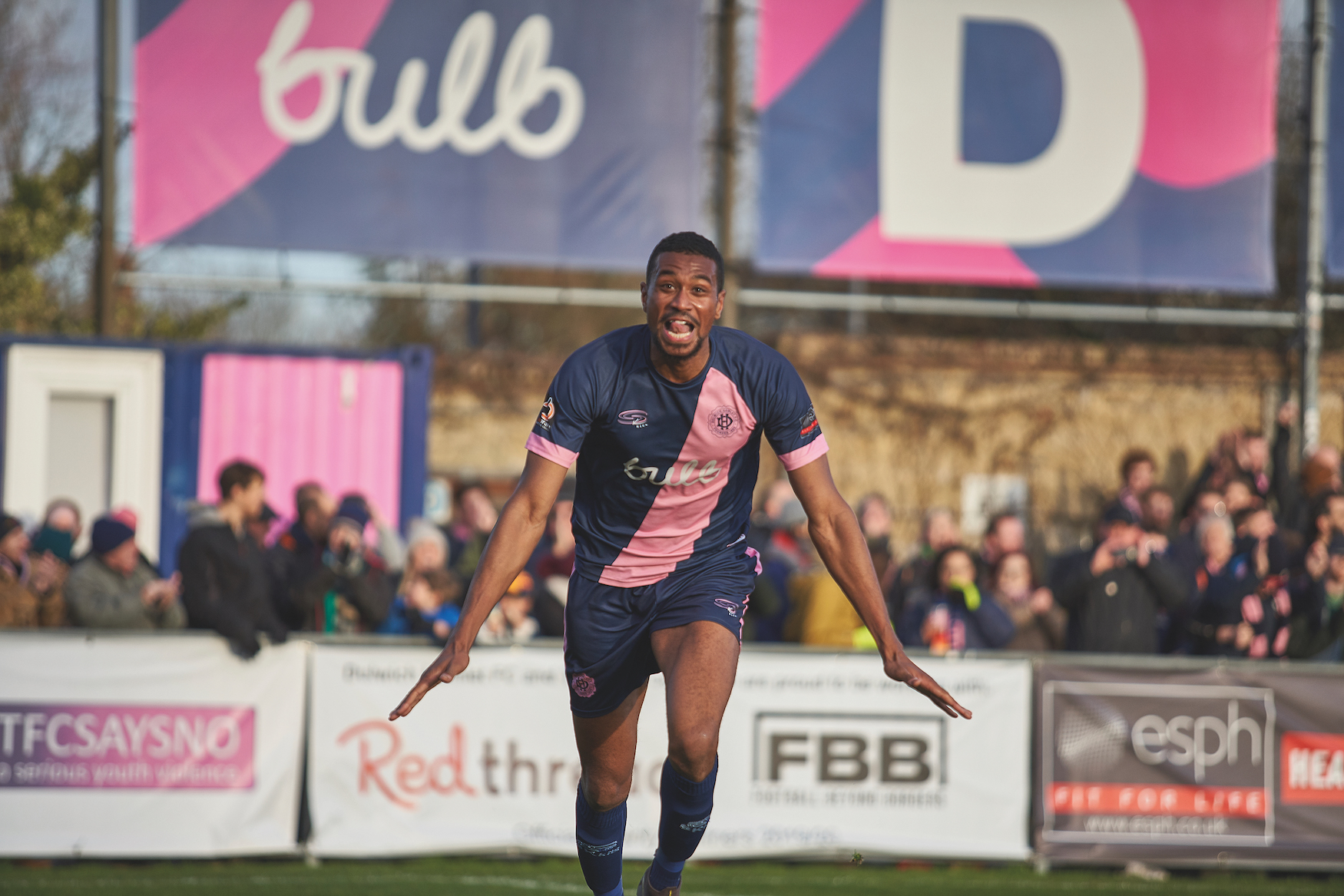 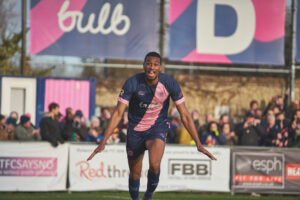 The last game of the 2019-20 season, saw the men’s team register a come-back from behind home win against Hemel Hempstead Town in front of 2,376 spectators at Champion Hill.  This result put them in 16th place in the 22 team National League South table. As it would contrive, this would be the final league position as eventually all National League clubs voted to end the season immediately in Mid-April.

The Women’s team ended their inaugural season in late March, following the Football Associations announcement to conclude Women’s football below the third tier.  In the final table, the team was sitting at the top of the league and had been planning for their Capital Senior Cup semi-final, against fellow South London team Crystal Palace, when the season ended.

Whilst there is currently no confirmed date for the resumption of the men’s football, the Women’s team have started training and have already completed a couple of behind doors pre-seasonal friendlies. Updates can be found on the club official website www.dulwichhamlet.co.uk .

On Monday, 27 July one of the most significant off-field events in the Club’s recent history took place, when the Southwark Council Planning Committee sat to decide the outcome of the Football Club’s joint planning application to re-develop Champion Hill and provide the club with a new stadium adjacent to the current ground.

With the meeting being streamed online and being described, by those watching, as feeling like the longest penalty shoot-out in Hamlet history, eventually the Football Club got the result we so all desperately wanted as the application was approved by the Southwark Council Planning Committee.

The new stadium will not only now secure the long-term future of the Football Club but will also provide modern sports facilities for local teams, schools and the community of East Dulwich.

Thanks’ must go to all the members of the Planning Committee who so carefully assessed the application, and all of the council officers to worked with the club to make the development viable. Thanks’ must also go to those members of the Club and DHST who worked so tirelessly towards this application, plus all our many supporters’ and community members who wrote to the Council lodging their support of the proposed plans.

On the Saturday before the Planning Committee meeting, DHST and the Club’s Community Committee took part in the first Football Pride online festival.  On 25 July, representatives from the club, DHST and Women’s team hosted an online panel event discussing the community driven ethos of Dulwich Hamlet FC and its key message that we are football club that welcomes all.  The panel discussed our previous and current LGBTQ+ initiatives and fielded a number of questions from the online audience.

Lou Englefield, Director of Pride Sports and one of the organisers of the event said,

“The work that DHST and Dulwich Hamlet have done to support the LGBTIQ+ community in and through football has been outstanding. Not only do they create a welcoming environment at Champion Hill, but they have raised thousands of pounds for LGBTIQ+ causes. They are fantastic allies for LGBTIQ+ people”

Recently it was announced that The Kail Foundation has been entered onto the Register of Charities with the Registered Charity Number 1189492.  This now means the Football Club now has an official charity to represent all of the community initiatives they would like to develop within East Dulwich and surrounding areas.

The Kail Foundation will be continuing to build upon the club’s successful community initiatives and outreach work. This development of our community work will enable Dulwich Hamlet Football Club to have an even wider impact on the local community.

The Kail Foundation will be the umbrella that all Dulwich Hamlet FC’s community work will fall under. The foundation will work closely with the club (Men’s and Women’s teams) as well as DHST run initiatives that will benefit the local community in Southwark as well as the neighbouring boroughs.

Finally, whilst there may currently be no football in East Dulwich, don’t forget you can still support the club by either purchasing merchandise from the online shop run by DHST www.dhfcshop.co.uk or joining the Club’s lottery, The 100 Club via the Trust website https://dhst.org.uk.

This article first appeared in the September issue of SE22.