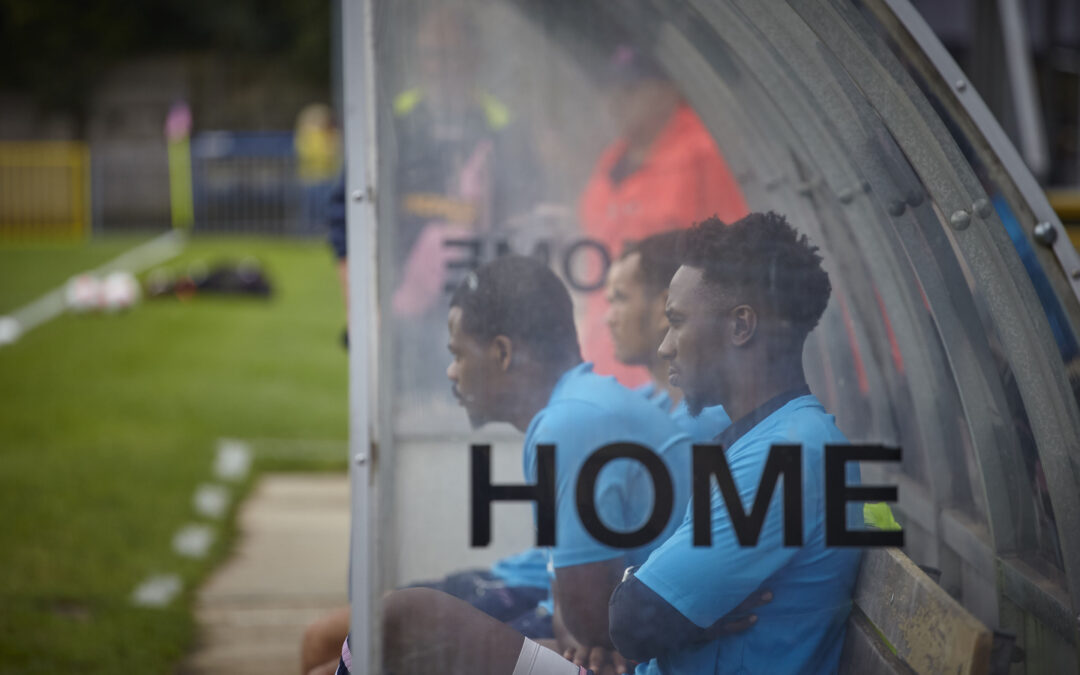 As with most of us, Dulwich Hamlet has been in lockdown since mid-March, with the club effectively put in hibernation to survive the ravages of the virus and a lack of match-day receipts.

But that has begun to change in recent weeks with a small army of volunteers descending on the Hamlet’s hallowed ground to get it ready for some early behind doors warm-up and FA Cup qualifying matches for the men’s and women’s teams.

On 29 August, Champion Hill resounded to the sound of gardening implements clattering on concrete as grass, leaves and knee-high weeds were pulled, plucked and chucked from the terraces. The ground had become a botanist’s dream with triffid like weeds reclaiming Gavin Rose’s dugout and a burger-garnish seeded tomato plant growing out of a crack on the car wash end.  A jar of Champion Hill Chutney will be auctioned shortly, with proceeds going towards buying a bottle of embrocation for the Hamlet’s medical team.

Meanwhile another platoon of volunteers was busy putting East Dulwich’s most famous stadium through its paces, with a deep clean of the bar, changing rooms and other facilities that make Champion Hill the special place so many of us love. After three days of back-breaking grind, our city on the hill was left gleaming like a beacon of hope to locals starved of semi-pro football through this wretched pandemic.

And the football has started, albeit largely behind closed doors. The Hamlet men have played a few friendlies, with A. Triallist catching the eye, and our outstanding women’s team managed to beat Margate to progress in the FA Cup. All games have been played under strict FA health and safety rules, including the requirement that balls going out of play need to be cleaned and debugged before being returned to the pitch. Again Hamlet fans answered the call to make the game happen, with many acting as ball disinfecting ballboys.  The grey hair on show suggested that many of the volunteers had last been ballboys when the balls had laces. But without them the games could not have happened.

So here we are, praying that plans to get the season started in early October with (a limited number of) fans allowed through the door aren’t dashed by a resurgence of the virus.  Indeed, on 13 September the women’s team kicked off their league campaign in front of 178 fans by beating the Pride of Kent (Aylesford WFC) 8-0.  As things stand, Dulwich Hamlet men’s team will play their first league home game against Canvey’s Concord Rangers on 6 October.  Please keep your eyes peeled for further announcements about tickets and other arrangements. And we’ll see you down the Hill.

Despite the uncertainty about the start date to the men’s team season, the Football Club recently launched the sale of season tickets for the 2020-21 season.  Season tickets are valid for all home league games played at Champion Hill by any of the club’s teams and continue to represent the good value, with over 400 purchased on the first day alone.

Season tickets are available online and further information on how you can purchase, alongside information on the planned home fixtures listed above, can be found on the club’s official website www.dulwichhamletfc.co.uk

Finally, if you cannot get down to Champion Hill for any of the above fixtures, don’t forget you can still support the club by either purchasing merchandise from the online shop run by DHST www.dhfcshop.co.uk or joining the Club’s lottery, The 100 Club via the Trust website https://dhst.org.uk.

This article first appeared in the October issue of SE22 magazine.