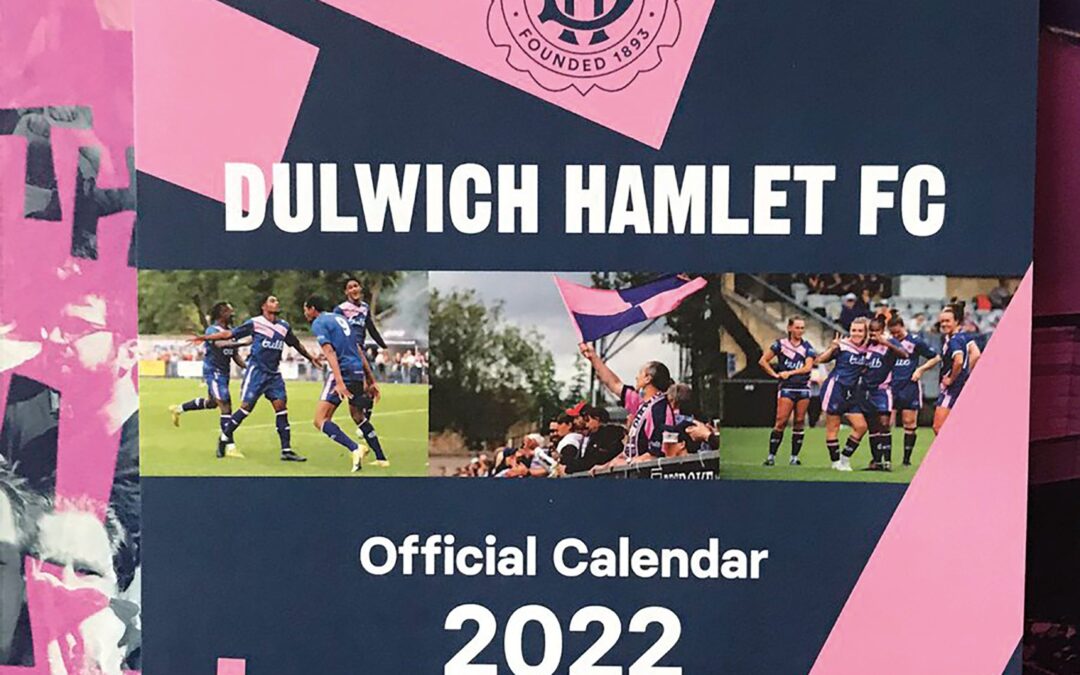 The long trudge through Christmas into new year is an often arduous and fruitless time for Dulwich Hamlet, commonly leaving the Pink and Blues staring down the barrel of a lowly league position with the whiff of relegation cordite wafting around Champion Hill’s nostrils. But this year it seems the Covid might have had the serendipitous effect of removing any such olfactory unpleasantness as the pride of East Dulwich find themselves looking up at the stars of promotion from anything but the gutter.  Longstanding Hamlet heroic helmsman Gavin Rose has forged and tempered this season’s squad into a hardened and steely razor-edged blade of an outfit that would leave a Middle Earth elf pondering long and hard what aspect of the blacksmith’s art they had neglected during their apprenticeship.

Emblematic of this excellence was a coruscant contest against Britain’s most senior portmanteau club and fellow high-flyers Ebbsfleet Unite; who, after looking sharp in the first half, were blunted, sheathed and put to the sword by a belligerent Hamlet in front of a giddy rabble at a ram-packed and rocking Champion Hill. Having trailed 2-1 at the break, the Sons of Edgar Kail stiffened the sinews, summoned up the blood, and laid siege to the Kentish men’s crumbling defences, before leaving the field muddy but victorious at 5-2.  Heady stuff. The game is certainly afoot.

Now in normal times you might have been able to waft into Champion Hill at 2:55pm, with your mates, your dogs, or your kids, perhaps a couple of scoops to the wind. But not now. Because Hamlet home games sell out quickly these days, with most buying their tickets early via the magic of computer technology. So get yourself down to the Hamlet website at www.pitchero.com/clubs/dulwichhamlet/ where you will find details of all upcoming men’s and women’s team games and the means to buy your tickets online well in advance. And as ever if you fancy getting yourself some smart Hamlet gear or then click on the Supporters Trust online shop at www.dhst.org.uk or visit the mega-container club shop on match day.

These are indeed heady days and Dulwich Hamlet have never in their history been higher in the league. Can it continue?  There’s only one way to find out.  We’ll see you down at Champion Hill.