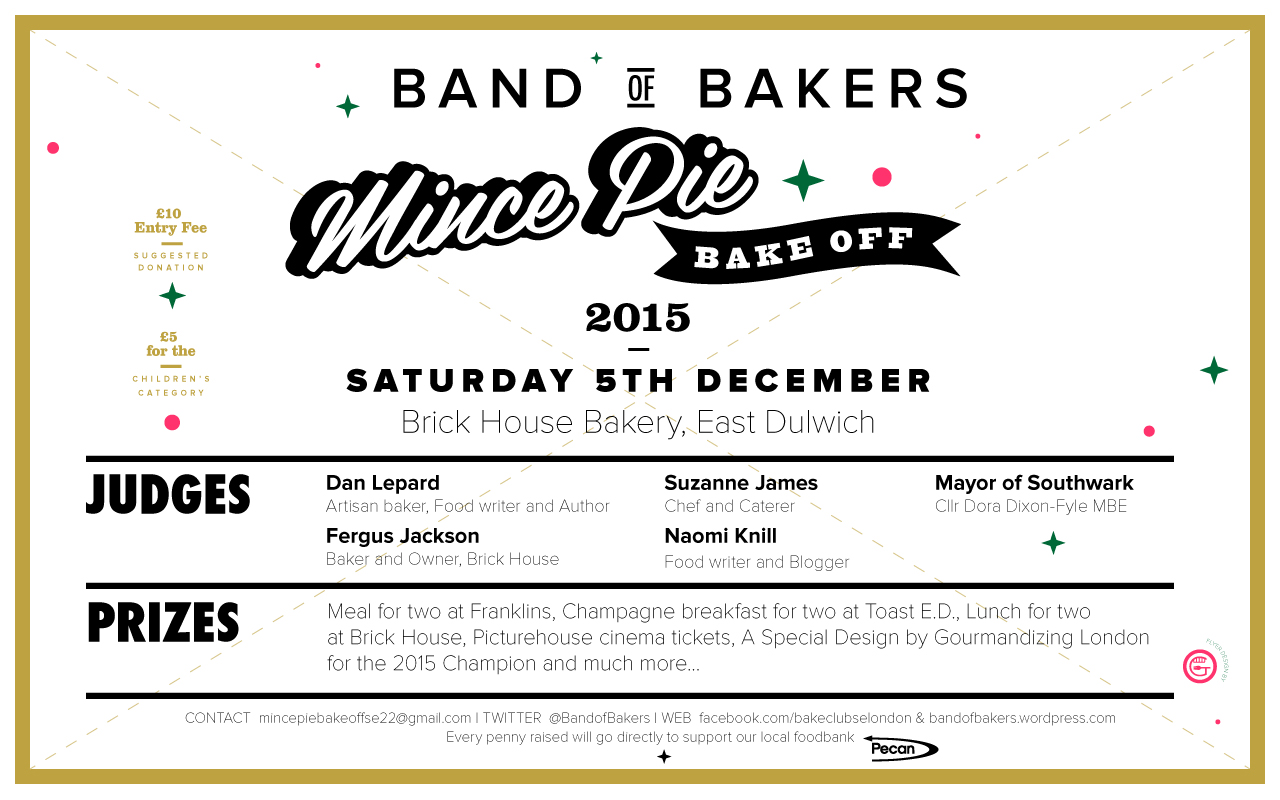 South East London bake club, Band of Bakers, will be hosting a Mince Pie Bake Off at this year’s East Dulwich Christmas Cracker. Launched to raise money for the Peckham Foodbank the competition will be judged by an impressive panel of expert bakers as well as the Mayor of Southwark. Entrants will battle it out to win one of a selection of prizes, as well as the chance to be crowned the Mince Pie Bake Off Champion 2015.

The Band of Bakers’ Mince Pie Bake Off will take place on Saturday 5 December 2015 at the award winning Brick House Bakery in East Dulwich. There will be 3 categories to enter: traditional mince pies, alternative mince pies and children’s bakes. Each category has limited spaces so bakers are encouraged to enter early. Prizes range from meals at celebrated East Dulwich restaurants Toast E.D. and Franklins to Picturehouse cinema tickets and book vouchers.

Judging the competition will be:

The Band of Bakers’ Mince Pie Bake Off is open to all amateur bakers. Entrants must send an email to mincepiebakeoffse22@gmail.com and will be required to make a donation to Peckham Foodbank.