White Rabbit Presents ‘366 Days of Kindness’ at The Albany, Deptford 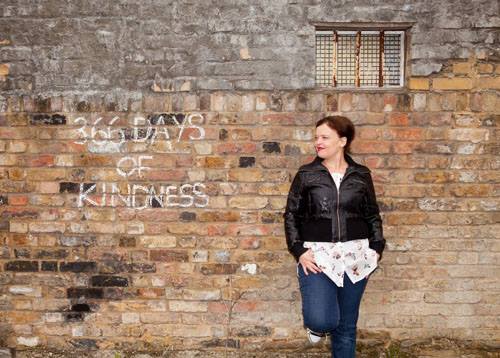 Following sell-out shows across the UK and in the USA, the true story of one woman’s bid to change the world with kindness comes home to Deptford on Tuesday 18 August at 7.30pm.

366 Days of Kindness is the true story of Bernadette Russell’s transformative response to the 2011 London riots. Her shock and sadness at what was happening in her city to led her to ask whether it might be possible to change the world just by being kind and to challenge herself to be kind to a stranger every day for a whole (leap) year.

This multi-media show tells the heart-breaking, surprising and challenging story of that year, which began with burning buildings and ended with the flame of the Olympic torch and took place against a global backdrop of social unrest and economic crisis. Part storytelling, part stand-up, part live documentary, and featuring stories from Deptford, south-east London and beyond.

As a Deptford resident, Bernadette was inspired to begin her 366 Days of Kindness after a chance encounter in the local post office. She says of the project: ‘After the year was up, I realised that it was the best thing I had ever done, so I carried on. And I still do it every day.’

366 Days Of Kindness is written and performed by Bernadette Russell and Gareth Brierley of White Rabbit who state ‘we have always loved to tell tales – using stage, page, installation, events, films or sound recordings, and our commitment to producing high quality, soul absorbing, gut wrenching, eye popping, side splitting stories will never diminish.’ With a host of critically acclaimed shows and international touring under their belt, they are always creating new and enchanting work.

Suitable for ages 14+. Tickets £10-£12 and are available from The Albany Box Office.