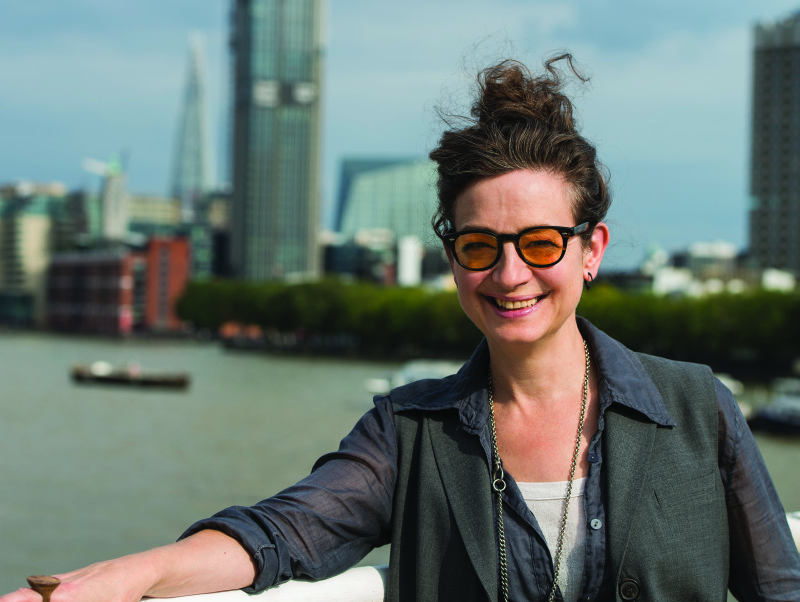 As Artistic Director and Chief Executive of Dance Umbrella, I programme and produce choreography for our international festival, which takes place across London each October. This year the festival runs from 15th – 31st October and we’re showing work in 19 venues, and doing several city-wide tours, including one that takes us to Brockwell Park – Walking Stories.

I have lived in East Dulwich for 11 years. I moan about it taking time to get home after seeing shows for work in town, but It’s actually the best placed I have lived in London.

Love. My husband is from the area, and just before we got married we moved from Tufnell Park N7 to here. As a born and bred north Londoner it seemed a big move at the time, but I would never move back north now.

The number of people sitting out at tables on Lordship Lane. I walked up the road the other day and counted seven places in close proximity with people relaxing eating and drinking outside. When we first moved here we were at the rather uneventful end of the high street, but now it’s become foodie heaven, and now even with a new cinema.

What do you most value about the area you live in?

I travel a lot for work and relish the fact that when I am at home I don’t need to go on public transport or get in a car. Everything is in walking distance. I have a shopping trolley. My daughter will not walk near me when I take it out.

We know our neighbours on both sides and opposite. It’s a good mix of people–families, single folk, some privately owned houses, some rented. It is part of what makes the area work.

What’s your favourite place for a night out?

I am out so often in the evenings for work that my favorite thing to do for a night out is a night in with family and friends.

When I am in London then I head to the market for some rosemary bread, visit Raoul in the Cheese Block, get a copy of the FT (good arts coverage) and do some cooking which I don’t have time to do in the week. I would like to say I can be found at Park Run every 9am in Dulwich Park, but the number of times I have physically managed to make it are somewhat less than the number of times I have imagined myself there.

Franklins, Tandoori Nights and Hisar. They represent a pretty good mix of what’s on offer on Lordship Lane, and of London, really.

The book I’m reading at the moment…

Annie Dillard’s The Writing Life. For some reason I bought it as an audio book, and then on a long journey last weekend I realized I could listen to it while I was driving. It’s about a writer’s life, and the process of writing and had many parallels for me to how you make any work of art, including choreography. It is so often about not knowing where you are going, but trusting the way.

To get the Park Run more often…