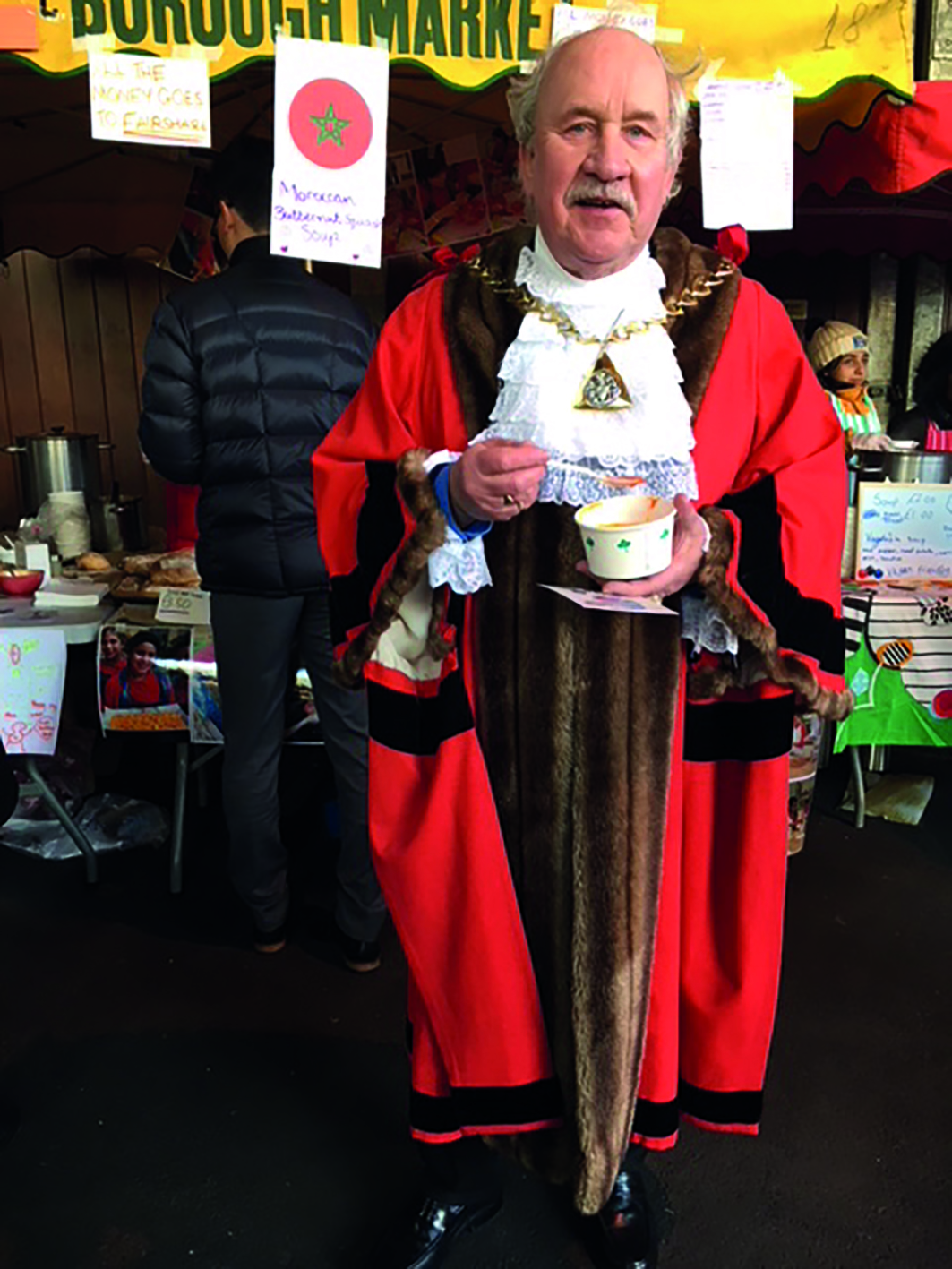 I became Mayor of Southwark in May 2017 following a year as Deputy Mayor. I had hardly begun my term of office when we suffered that horrible terrorist attack on London Bridge. My role was to visit the First Responders and thank them for the courageous work they carried out and on subsequent days. I also visited the various hotels that put people up for the night following the attack. I thoroughly enjoyed my year.

How long have I lived in the area?

I am a Londoner and have lived in East Dulwich for about 25 years.

It was mainly house prices but I soon discovered East Dulwich was that little bit more rural compared with say Brixton.

I guess it is the shops and stores that have gone to be replaced by many eateries and watering holes. Oh, and of course the rise in property prices.

What do you most value about the street you live in?

There is a primary school on the corner and it is great to hear the kids coming and going twice a day.

What one thing would you change?

I would try to manage the commuter traffic to stick to the main roads rather than using the smaller roads as cut throughs twice a day are clogging up the streets and polluting the atmosphere.

What’s the one thing you couldn’t do without?

My wife Sue. We have been married 52 years. She is my rock.

As the local Councillor for the area it has been important to know my neighbours to listen to their concerns.

The most famous person you have seen or met?

I have met a lot of senior politicians over the years, Margaret Thatcher being one. I think everyone in East Dulwich has bumped into James Nesbit at some time.

Do you belong to any groups?

I am member of the Vocal Chords choir. We meet and rehearse in Forest Hill. We have performed at the East Dulwich Christmas Cracker on a couple of occasions. I am also a member of the Labour Party.

Seeing Chelsea win at home then a night in with a curry. Possibly some gardening on the Sunday if the weather is fine or visiting my grand children who live in Lewisham.

We are spoilt for choice in East Dulwich. I do like Hisars in Lordship Lane or Lorenzo in Forest Hill Road.

Apart from Stamford Bridge I would probably have been out canvassing in the morning. There is also the weekly shop that had to be done.

I am not a great coffee drinker as it keeps me awake at night. I might have a mug of tea at the Dulwich Cafe if I am down that way.

The best meal I have ever had.

It was with my wife in Samos in Greece overlooking the Aegean Sea.

Favourite place to go for a drink

For me it is The Castle on Crystal Palace Road. It is the last of the proper old boozers.

I do like to take the dog to Peckham Rye park or up to Dulwich Woods.

What is your favourite shop?

I like the DIY shop in Lordship Lane. They always seem to have what you want.

What was the last thing you bought there?

I think I had some keys cut.

The book I am reading at the moment.

I have Harriet Harman’s book ‘A Women’s Work’ that I keep meaning to start. I don’t get a lot of spare time at the moment.

I am waiting for Roman Abramovich to invite me onto his yacht where we could talk all things Chelsea FC.

I wouldn’t mind trying to fly a plane or if not that go on a balloon ride.

This article was first published in the July 2018 issue of SE22 magazine.