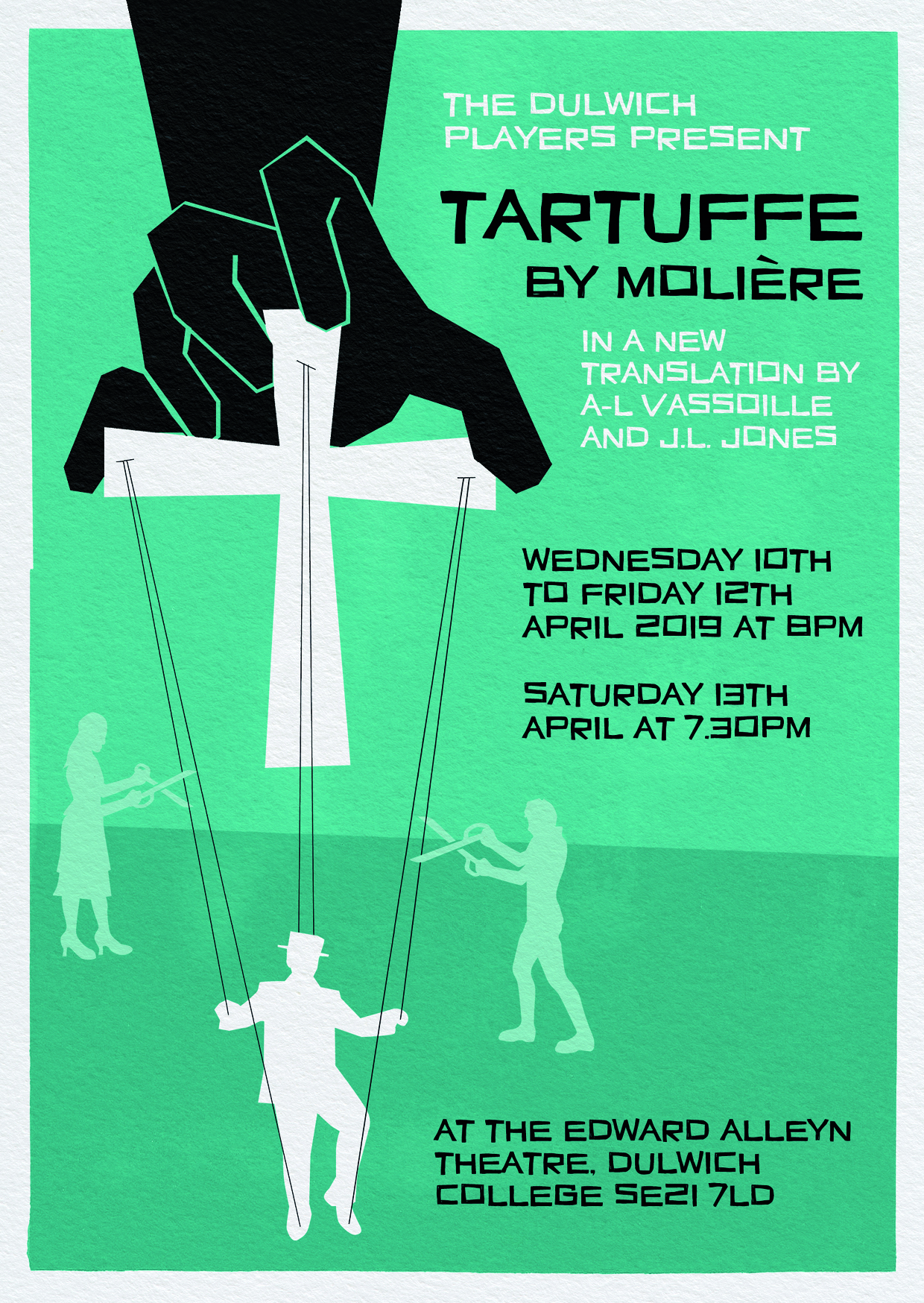 This spring, The Dulwich Players are taking to the stage at the Edward Alleyn Theatre, Dulwich College, for a new version of Tartuffe, as translated by two of the group’s members, Anne-LiseVassoille and Jane Jones.

Hypocrisy, delusion, pride, betrayal… What’s not to laugh about in Molière’s classic comedy? We are in Paris in the early 1960s, at a time when the advent of television and rock’n’roll music is at odds with traditions, religion and, well, good old manners. Georges, a wealthy property owner and war hero, has blindly welcomed Tartuffe, a seemingly religious and well-intended man, into his home, to the horror of his children and second wife. Now Georges wants Tartuffe to become part of the family and marry his obedient teenage daughter, Marianne.

Can the falsely pious man be unmasked, and his true intentions revealed? How much will the family have to endure under Tartuffe’s powerful and inexplicable influence? And will they succeed in opening Georges’ eyes before it’s too late? Come find out all that happens in a comedy that would be tragic… if it wasn’t so funny!

Tickets £10 (£12 on the door) available online at  www.dulwichplayers.org (Ticketsource), from the Dulwich Players Box Office 07936 531356 or email: boxoffice@dulwichplayers.org and in person from Art Stationers, Dulwich Village.