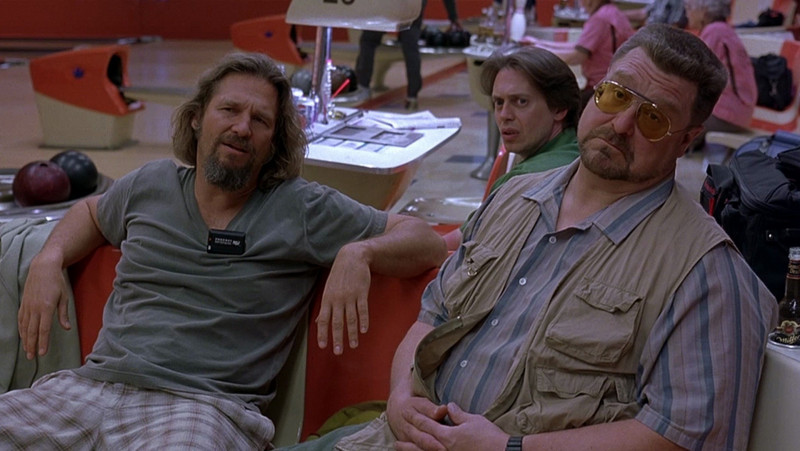 The Bigger Picture will be screening The Big Lebowski at The East Dulwich Tavern on Friday 13 November. Directed by Joel & Ethan Coen and starring Jeff Bridges, John Goodman and Julianne Moore, there are few cult films revered by its audience more than The Big Lebowski.

And even fewer that have so deeply infiltrated the psyche and lexicon — both the laid back, sarcastic demeanour of The Dude and the aggressive no-holds-barred attitude of Walter Sobchak.

The Dude is a pot-bellied, pot-smoking loser (Jeff Bridges) who spends most of his time bowling and getting stoned.  His friend, the frustrated and frustrating Walter Sobchak (John Goodman) is a Vietnam veteran.

The Dude’s real name is Lebowski, which also happens to be the name of a local millionaire, whose wife gets kidnapped, which results in the Dude being indicted into a bluff which may or may not involve German nihilists. The Dude spawned his own religion

The plot is almost beside the point. What counts here is a steady cascade of hilarious dialogue, and the kind of cinematic ingenuity that puts the Coens in a class all their own.

So slip into your comfiest Dude robe and jelly shoes or purple cat suit or Viking helmet (optional), call up your bowling pals (optional), and head to the East Dulwich Tavern on Friday 13 November. There you can claim your free White Russian, bowl for free and see the film of course.

Watch the official trailer below: