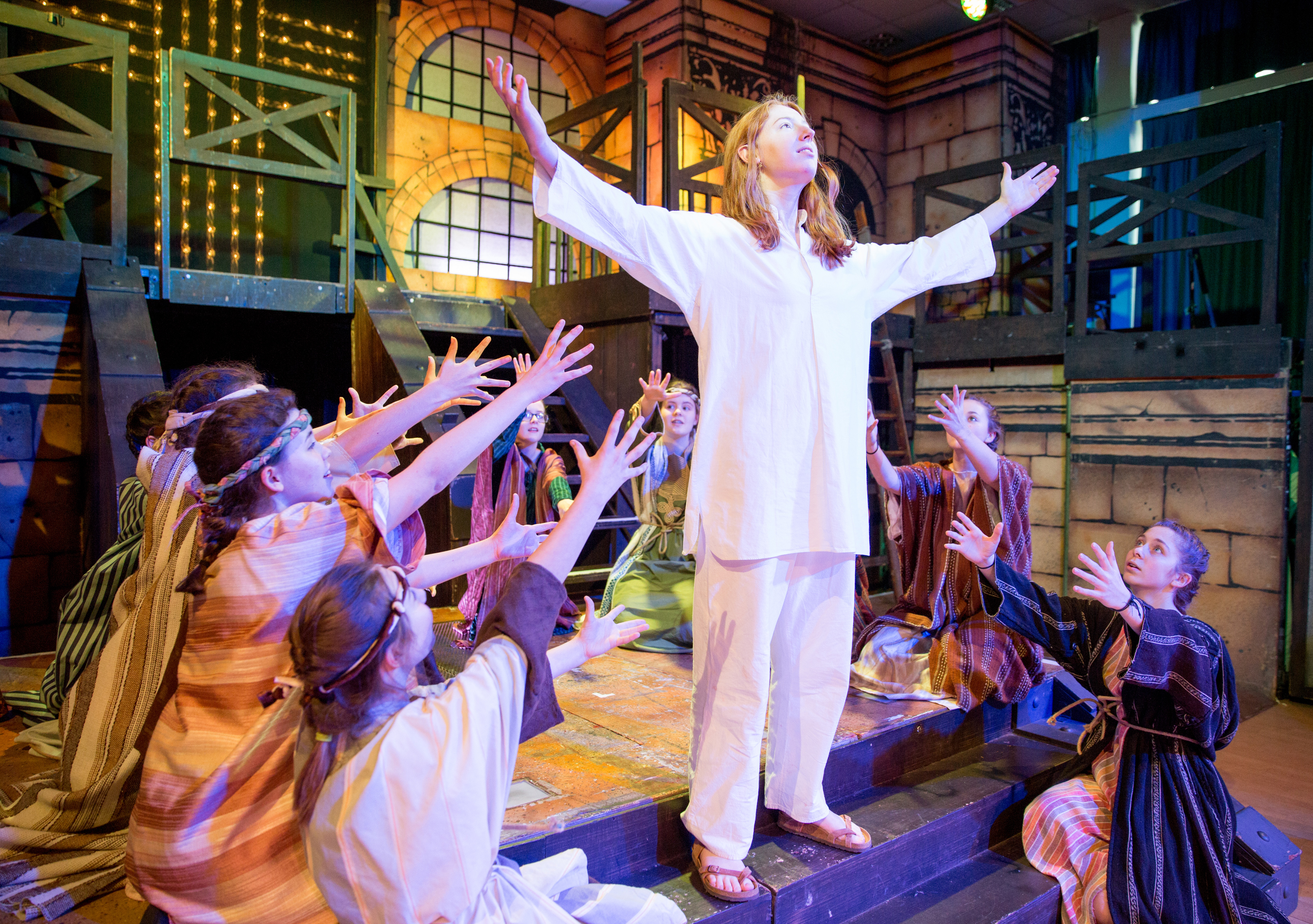 Sydenham High’s senior school production of Jesus Christ Superstar (9-11 February 2016) will certainly rank amongst the best productions ever put on at Sydenham High School.  The cast of more than 50 girls, who have been in rehearsal since September, wowed their audience over three nights with professional and powerful performances, moving many to tears during the finale.

Year 11 student Maddy Telford performed a poignant, sensitive and moving portrayal of Jesus with a highlight being her solo song ‘Gethsemane’ which took the audience on an emotional journey. At the end of the show, 16-year old Maddy declared that the experience had been the best six months of her life.

Hannah Faja (15), who delivered an energetic and riveting performance as Judas, led the audience through the story of the last week of Christ’s life and the suicide scene was hard to watch.

Vanessa Mabelle’s (15) portrayal of Mary really allowed the audience to engage with her character and her relationship with Jesus, which was extremely moving, especially in her solo song: ‘I Don’t Know How To Love Him’.

Headteacher Kathryn Pullen declared herself “beyond proud” of what the girls had achieved, particularly cast members from Year 7 who were taking part in their first senior production.  She said:

“We have been privileged to witness an extra-ordinary performance thanks to your professionalism and dedication – making a complex show look effortless and compelling.  Your energy, passion and commitment and sheet talent were a powerful cocktail.

“All the elements came together flawlessly: wonderful ensemble, every person in character all the way through, faultless choreography, acting, singing and dancing, orchestra, lighting and sound.  This was not just a great school production – it was simply a great production, equal to anything you could see in the West End.”

The band, led by Director of Music Andrew Baars, provided a top-notch delivery of the show’s powerful and memorable songs. The technical team, who did an amazing job with sound, lighting and stage management, was also made up of students.  They had been working with Ian Matthews, the school’s Technical Theatre Manager, since September preparing for the show.

Throughout the rehearsal process the cast worked with vocal coach Dan de Cruz, who is currently Musical Director for Jackie the Musical, currently on tour in the UK, and Sarah Mahony, who is a professional actress and musician.

Speaking after the curtain fell on the final performance, the show’s director and Head of Drama, Laura Yandell, said:

“With 24 songs to learn, vocally this show was extremely challenging for the girls, especially when you consider that the lead roles are usually played my men. The cast, musicians and crew worked tirelessly, with dedication and commitment, to produce what can only be described as a stunning show that would challenge any professional team.”

A gala night was held in aid of Sydenham High’s fundraising project to build a school in one of the regions of Nepal worst hit by last year’s earthquakes, through the In Your Hands charity.  Over £2,000 has already been raised to help fund a new building for 200 children in Bishinghar, in the Sindhupalchok area of central Nepal, where they are currently being taught in tents.