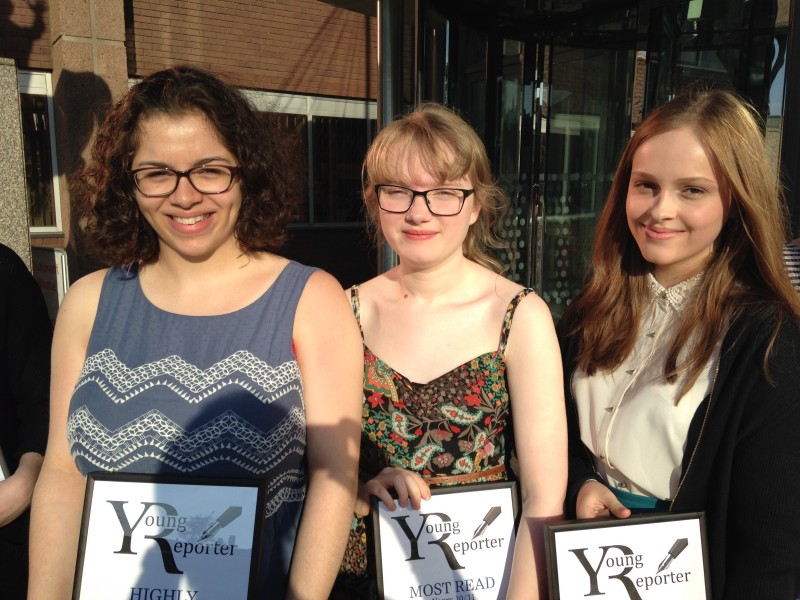 Evie Richards won the Interview category with her interview with local MP and London Mayoral candidate Tessa Jowell and Rachel Honeysett took the award for Most Read report with an amazing 1,250 views for her story on the Penge Mystery. Rachel was also highly commended in the Best Feature category for her piece on the future for sci-fi heroes and Sophie Allen gained a Commended award for her Breaking News story on saving the Coronet at Elephant & Castle.

The award haul is all the more exciting because this is the first year that the school has taken part.

The Young Reporter programme is run by Newsquest, publishers of the News Shopper and Guardian titles, to give students the opportunity of experiencing first-hand what it is like to be a journalist and see their work published and responded to.  All candidates had to submit a set number of articles over the period of the programme within strict deadlines.

“We are absolutely delighted for the girls and the school,” said Dr Laverick, Acting Headteacher.  “To have scooped four awards in our first year of trying, including one for most read article, is fantastic.  The girls are to be congratulated not only on their excellent writing but also on successfully juggling the programme’s deadlines with the demands of their intensive GCSE studies.”

The Young Reporter scheme is now in its fifth successful year but according Andrew Parkes, Group Managing Director of Newsquest South London, this has been the best year yet both in terms of quantity and quality of work with over 60 schools from across the region taking part.

You can read the girls’ four winning articles on the News Shopper website by searching under Young Reporter.  There are also links from the story on the school’s website.