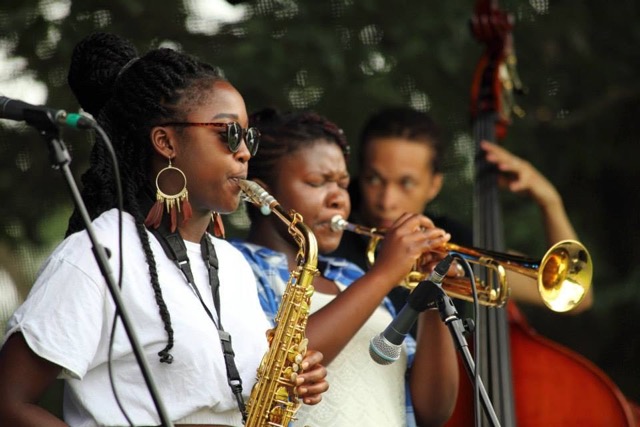 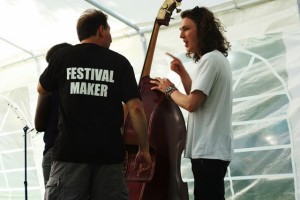 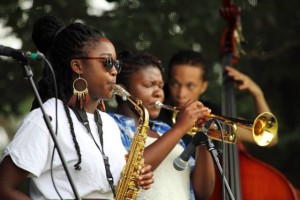 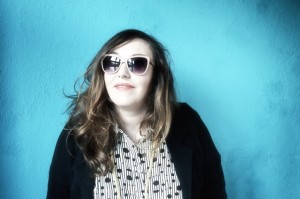 Sydenham Arts is delighted to announce the Sydenham 2016 Spring Festival of Music; a mini-fest of 20 events running April 9-17.

Dedicated almost entirely to music, this is the first of two mini-festivals scheduled by Sydenham Arts either side of the main Summer Festival in July this year.

A taster event called The Colour of Sound will take place on 28th February, when local musician Fiona Bryan and members of the innovative Spectrum Ensemble London, will play favourite pieces from composers such as Mozart, Ravel, Sibelius, Debussy, Rachmaninoff and Shostakovich. The innovations begin with the scores, which have been excitingly re-arranged for an unusual combination of wind instruments. Bryan then goes on to explore the visual impressions that come from hearing the music in paintings whose colour, shape and texture directly relate to sound. The informal gathering will include time for discussion and a Q&A about the creative process.

The hugely enthusiastic Sydenham festival audience will be treated to several special headline events this spring. For instance an evening with singer-songwriter Kathryn Williams, who’s 2015 album ‘Hypoxia’ in response to The Bell Jar by Sylvia Plath, drew enormous acclaim. From The Guardian to Uncut magazine, Williams’ music has been called ravishing, beautifully crafted and spellbinding.

Another highlight, which promises much, is ‘Sounds and Sweet Airs: A Shakespearean Treasury’. This is an evening exploring interpretations of Shakespeare’s texts by 19th and 20th century composers such as Jonathan Dove, Dominick Argento, Richard Strauss and Madeleine Dring. Soprano Felicity Hayward and pianist Catherine Herriott will explore this thrilling legacy.

For younger Sydenham festivalgoers, a Painting Music workshop will give 8-12 years-olds an opportunity to paint what they hear, then hear what they paint. Secret Opera will present Madame Butterfly on Saturday 9th and it’s twin, Monsieur Butterfly on Weds 13th, in a continuation of their gender-challenging work which began with CarMen in 2013.

Other hotly anticipated events include the London Joy Singers gospel choir in Mayow Park, and a screening of Birdman, last year’s Oscar-winning best film. The band Black Webb, which boasts two lead singers will perform at the Sydenham Blues Club, and soprano Camilla Jeppeson will cast a spell with French Chansons, German Lieder and some Gershwin classics.

Sydenham Arts is a passionate community organisation first formed in 2009, which embraces every art form. Their mission is to advance the Arts for the benefit of all, but in particular the people of Sydenham and surrounding areas. The vibrant work of Sydenham Arts would not be possible without the generous support of the Arts Council, The Big Lottery Fund, the Heritage Lottery Fund, Lewisham Council and an army of fantastic volunteers.

Sydenham has many famous sons and daughters in the arts, and the foremost currently in our thoughts is the great David Bowie. French impressionist Camille Pissarro made a notable painting in Sydenham and the three-time academy award winning costume designer, Sandy Powell OBE (nominated a further 12 times) went to Sydenham High School. Actress Margaret Lockwood, star of the Hitchcock classic The Lady Vanishes (1938) was also raised in Sydenham. There must be something in the water.