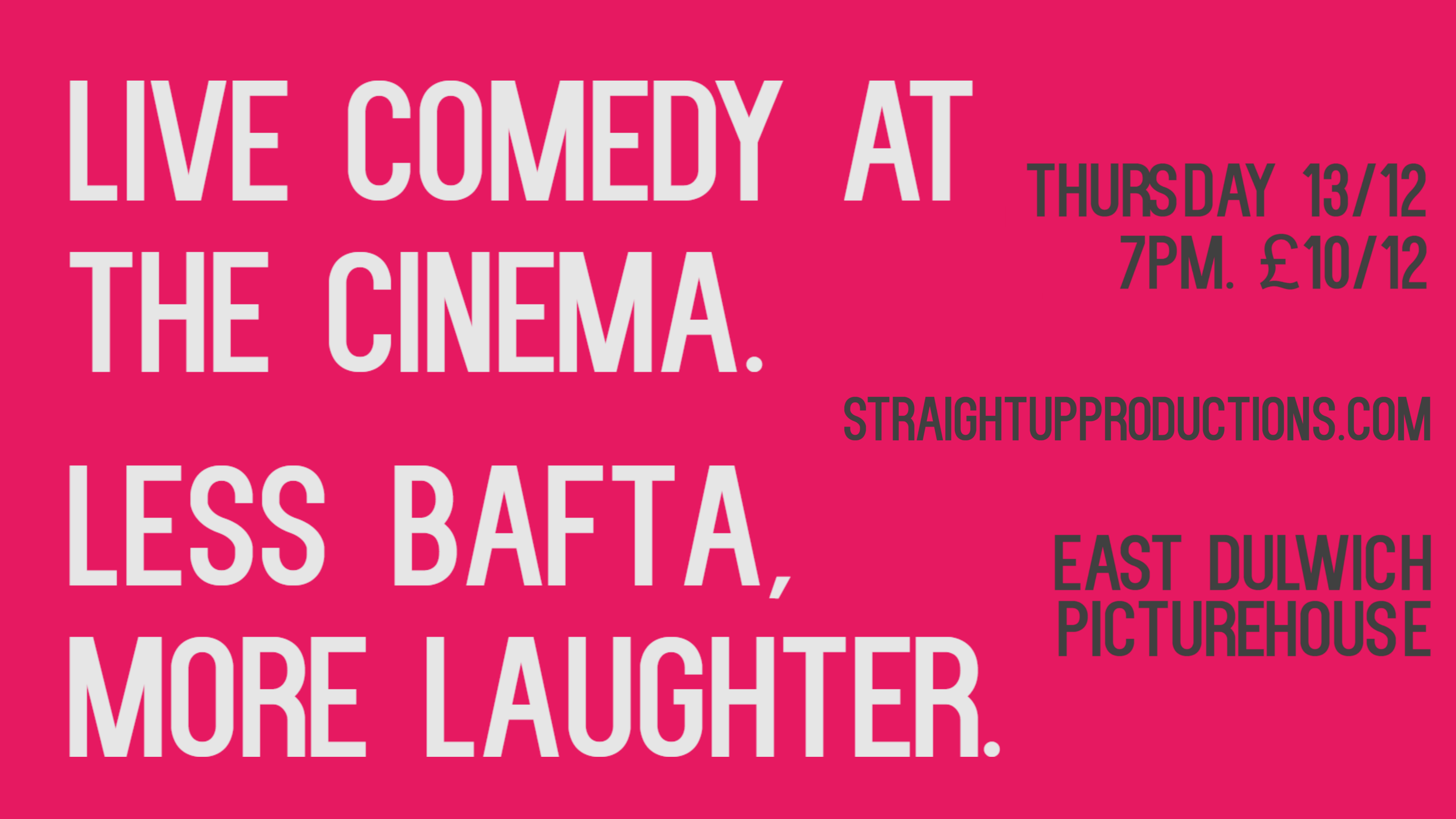 After selling out venues in Clapham and Barnes, StraightUp is once again making the best live comedy local – this time in East Dulwich, just in time for Christmas. On December 13th, in the plush surroundings of the East Dulwich Picturehouse, enjoy an exciting and varied lineup of London’s top professional comic talent at an equally hilarious price – a mere ten pounds in advance. This is pro comedians for peanuts: anaphalaughtic shock guaranteed (We’re asking for some self-respect this Christmas).

BEN POPE– “He throws the punches quickly and relentlessly and it pays off, with the crowd left gasping for their breath” Ed Fest Mag

WILL PENSWICK– “Laugh out loud funny with many pleasing whimpers of approval throughout.” Broadway Baby

Hosted by PITY LAUGHS– “I don’t know what was more shocking; the content of the night or just how hilarious I found it.” Broadway Baby

StraightUp Comedy brings diverse lineups of the best acts around to the best venues London has to offer.

“Scarcely a minute passes without a hysteric outburst from the crowd…But the real joke is the price: a mere £7…”