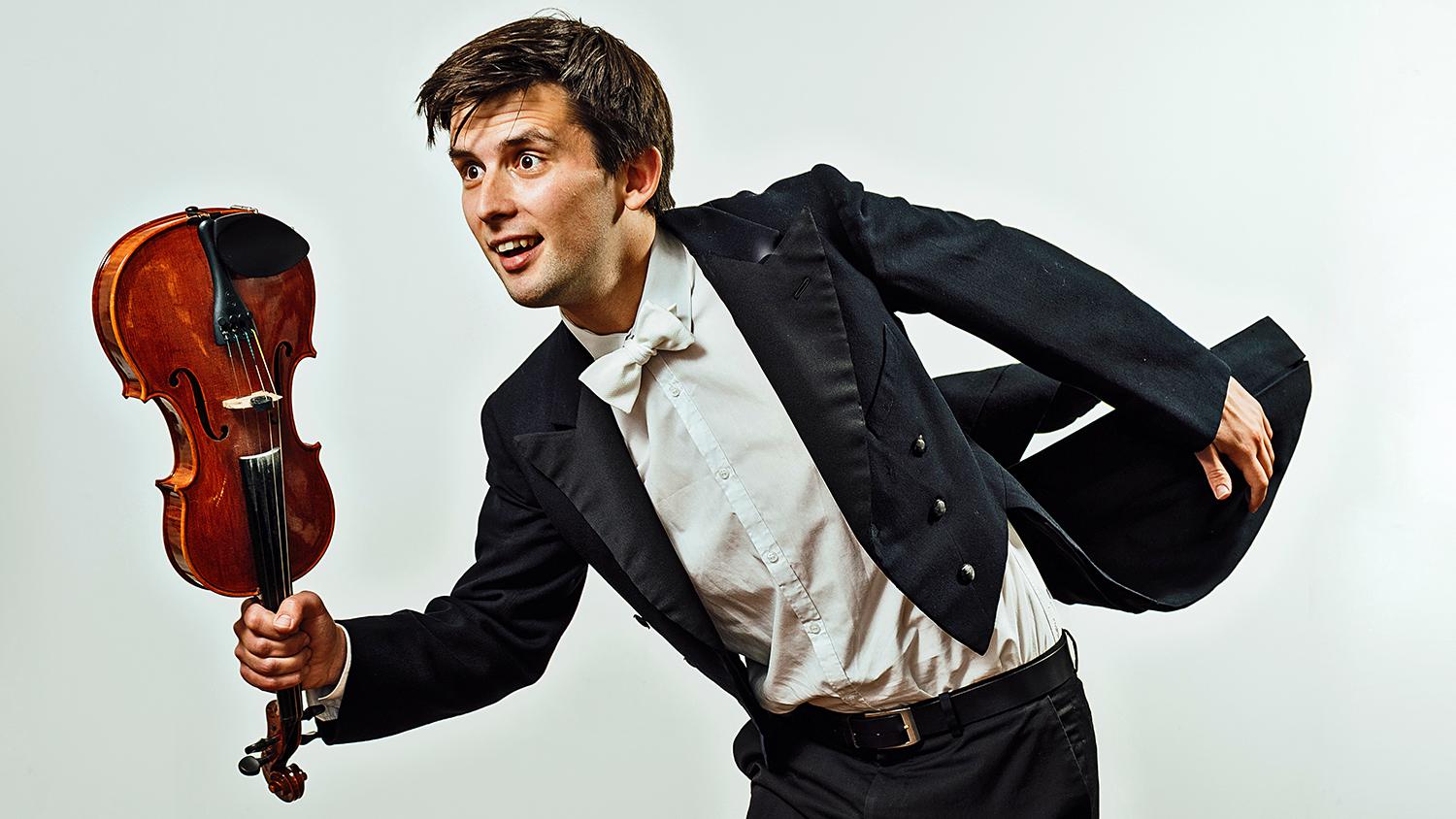 In 2003 Kieran Hodgson heard the music of Gustav Mahler and decided to write a symphony. 13 years later, Kieran returns with a violin and a story about falling in love and attempting something far beyond your abilities.

‘A whip-smart, intensely personal paean to following one’s heart – in which the next big laugh is never more than a semiquaver away’

‘This funny heartwarming show sends you out humming with happiness’