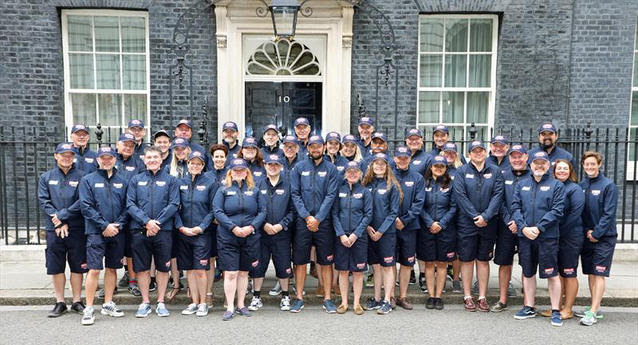 Jon Milne is fundraising for ALD Life by going on an exciting adventure across the seven seas in the prestigious 2017 Round the World Clipper Race. Jon is married to the longstanding trustee and treasurer of ALD.

Jon has entered a state of temporary retirement while he undertakes the greatest adventure of his life. Setting sail on August the 20th, he will be circumnavigating the world as part of the Clipper 17-18 Round the World Race.

As one of a twenty-two member crew taking part in this year’s race, the brainchild of Sir Robin Knox-Johnston, he has chosen to take part in the full circumnavigation of the globe and aim to complete the 40,000-mile race which is split into eight legs and will see him sail across five oceans and six continents.

The fleet of twelve identically matched 70-foot sea faring racing yachts will be his home for 11 months, with a gruelling 4 hour on, four hours off watch and will take him through some of the most treacherous waters in the world.

For nearly twenty years now Jon has had a passion for sailing and the sea; this started in little boats, moved onto larger, older boats and then larger, newer boats. There has also always been a background of older, historical boats there too (HMS Endeavour, Bessie Ellen).

The one constant is his joy of being on the water, preferably the salty variety. With his children grown up and becoming increasingly independent, he is taking this opportunity to achieve a lifetime ambition, which he hopes that will also prove extremely worthwhile through his fundraising initiative.

Please go to ALD Life’s website to learn in more detail about the incredible journey Jon is just about to embark on and how you can follow his adventures over the coming 11 months through his weekly (weather permitting) blog.

To donate to his fundraising efforts, please visit his JustGiving page.