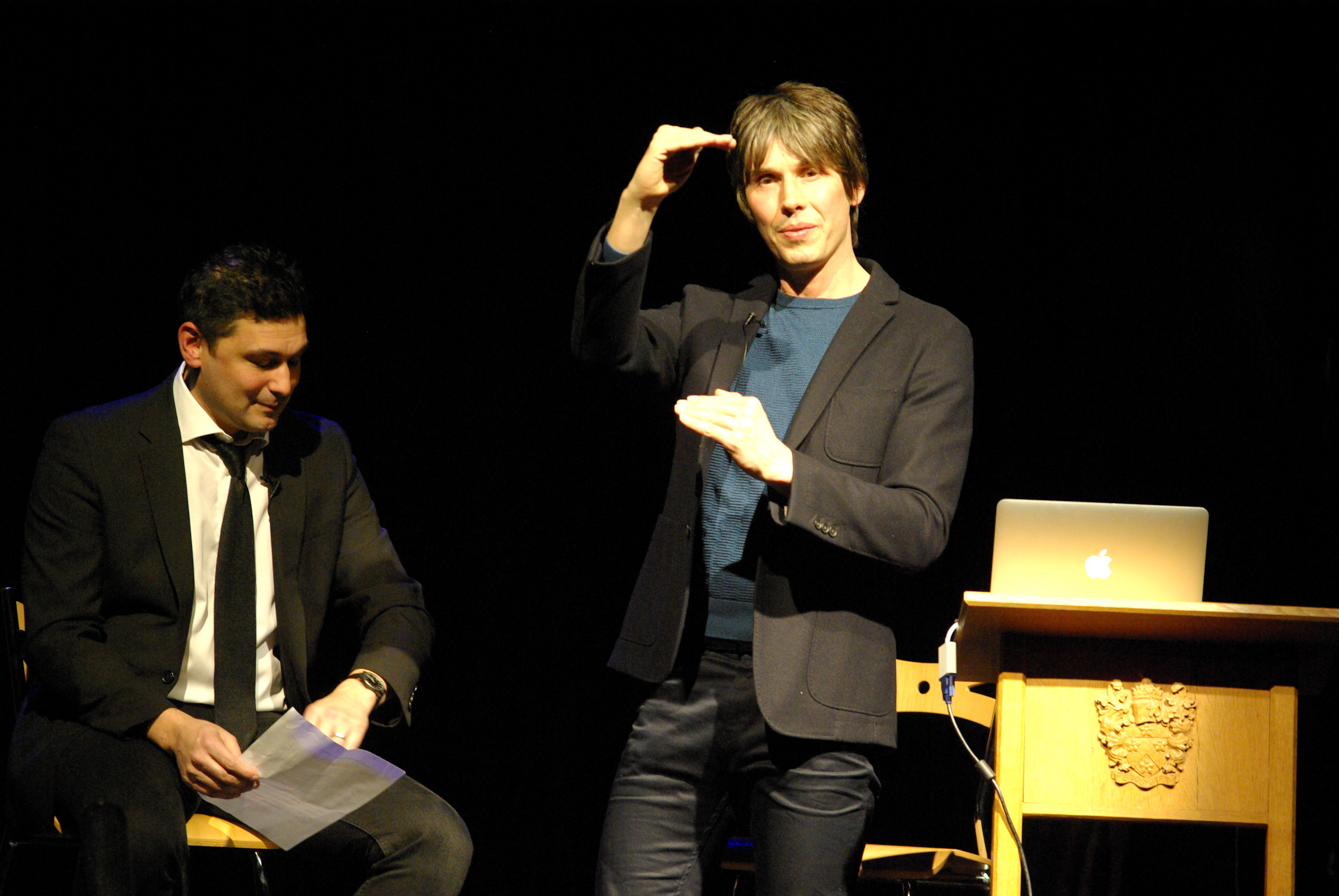 The RV Jones Science Lecture series has recently been announced as an annual feature at the school, with the aim of bringing prominent scientific minds to the local community for thought-provoking evenings of debate and enquiry. Professor Brian Cox was the first such speaker and he will soon be followed by the likes of Professor Robert Winston and Dr Helen Czerski.

Professor Brian Cox and Dr Adam Rutherford engaged in discussions that ranged far and wide, and managed to take the audience with them, in what was a truly inspirational event. Audience member Bernadette Stotte said of the evening: “Very interesting and enjoyable, even for those of us with very little knowledge of Higgs particles and gravitational waves!”

Alleyn’s is celebrating all things scientific as it has recently opened its RV Jones Science Building after an 18 month long redevelopment project. The RV Jones Science Lecture is one of a number of scientific activities that has been taking place, including a recent Science Day themed around the Academy Award nominated film The Martian, starring Matt Damon.

Science Day saw year 7 and 8 pupils taking part in off-timetable Science sessions. Organised into groups named after prominent scientists such as Marie Curie and James Watson, pupils undertook activities aligned with different scientific disciplines such as psychology (how the brain shapes our experience of the world), chemistry (murder on Mars: forensic science in order to establish who dunnit!) and physics (the design, building and firing of rockets to escape the red planet).

Headmaster Gary Savage said “Pupils and staff alike had a thoroughly enjoyable day. We would like to express our gratitude to all those who played a role in this educational endeavour, including our pupils who provided an abundance of imagination and enthusiasm.”