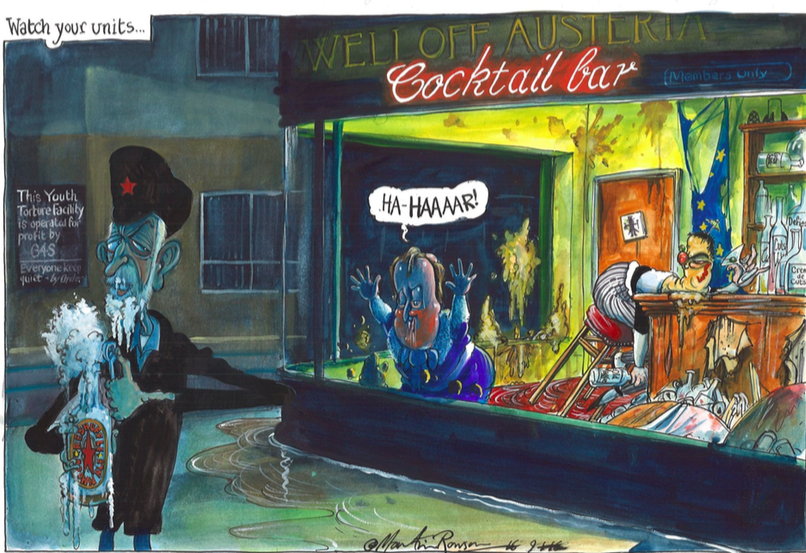 A year on from attacks on cartoonists in Paris, Martin Rowson, one of the UK’s leading cartoonists and political satirists and ‘ scourge of the political establishment’, will give his thoughts on the power of giving and taking offence, along the way exposing the techniques, practice and purpose of caricature. As Martin says, ‘I often describe my job as a political cartoonist as “assassination without the blood”. I’m only half joking’.

In a world where it is all too common for people to claim a right not to be offended, how far can free speech go? Do we risk giving away too much when we ‘respect feelings’? What is the role of cartoons as visual journalism? How does satire help us to explore current events? What responsibilities does the cartoonist have when it comes to people taking offence? Followed by a Q&A, be prepared to be shocked, enlightened and thoroughly entertained!

This is a rare opportunity for an informal and intimate discussion with one of the UK’s most distinct political commentators and to help support this year’s Brockley Max festival. As Moira Tait festival director says: “I’m thrilled that Martin, a local resident, has agreed to hold this fundraiser in aid of the festival It promises to be a great evening.”