A Poem: Springtime in East Dulwich 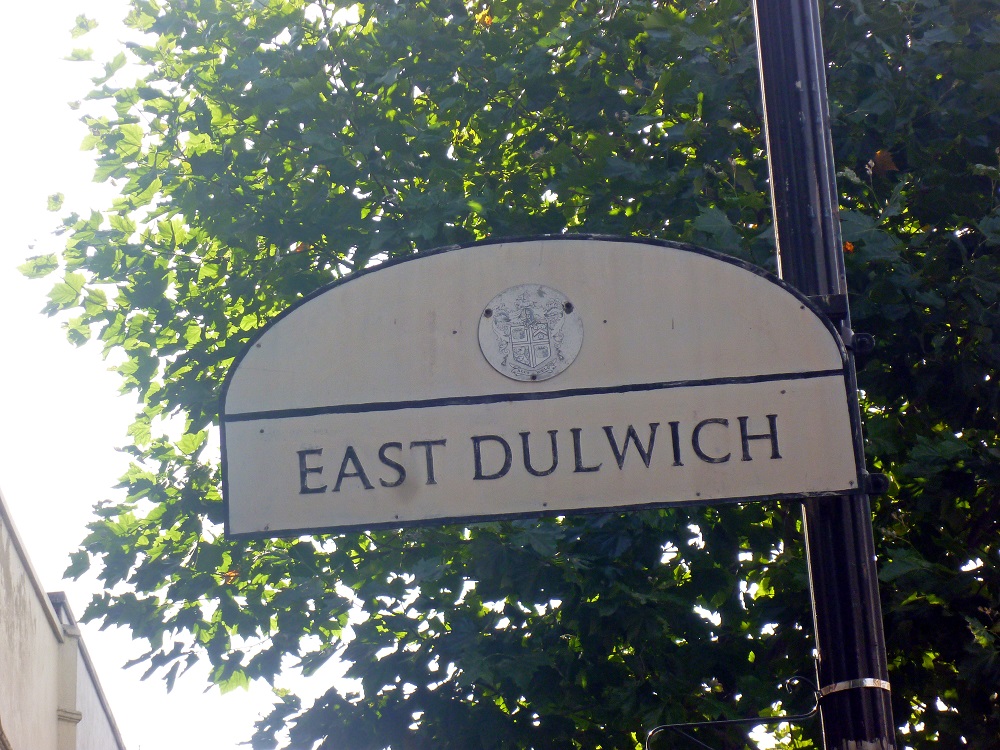 Oh how I love East Dulwich
It is the place to be,
Though some may opt for Peckham,
And others Bermondsey,
Next door to Dulwich Village,
With famous names galore,
We too have our history,
Let me tell you more.

Hymn writer, Reginald Heber
And Sir Charles Barry too,
Both have roads named after them,
And there’s E. Blyton’s plaque of blue.
East Dulwich has a Granite House,
It had been terribly neglected,
Now you’ll see on Lordship Lane
A new build has been erected.

Now who remembers the Odeon
That was sited at Goose Green?
We queued for hours on a Saturday night
To see our idols on the screen.
For transport we had lots of trams
That went up Lordship Lane,
They had seats that turned around
For the journey back again.

Over the years the pubs and shops
Have had a change of name.
But there still are some of them
That have remained the same.
Like the Castle and the Palmerston,
John Barnet and the Plough
Val’s and Bells and Red Apples
And lots more I vow.

We have restaurants and cafes
That will fill you with delight,
The French House and Olivelli’s
And Tandori Nights.
The Bread of Life serves healthy meals,
And Jonnies café too,
Café Nero and Blue Mountain,
All in SE22.

We have lots of Estate Agents,
You don’t know where to start,
Foxton’s, Acorn, Daisylets,
Pickwick, Winkworth, Haart.
There is Ryebooks and Chener
Suzanne James and Roullier White,
Franklyn’s Farm Shop and the Cheese Block,
All will give you much delight.

There is Caravan and Mostyns
Bonnies and William Rose.
We also have Posh Studios
To keep us on our toes.
The Leisure Centre for a swim
For experienced and learners,
And if your car needs some TLC
There’s Andrew Brock and Turners.

Our police station now has gone,
It was sad to see it go.
And Iceland too has disappeared,
That really was a blow.
Despite all the changes,
I live here happily,
Oh how I love East Dulwich,
It is the place to be.

Jean came to live in East Dulwich over 84 years ago and has lived in the area ever since.

She remembers how East Dulwich used to be. Northcross road had 2 butchers, a greengrocer and several market stalls. She said it was possible to do all your weekly shop in one area.

There were 2 memorable shops in Lordship Lane, Trundles which was a haberdashers and Lockharts which sold items for all stationary needs.

There was a bakers at the corner of Goodrich and Crystal Palace Road and on Saturday’s Jean would spend one penny on two halfpenny rolls from the bakers. This was after she had spent 1 penny each way on the tram to the cinema and 3pence at the cinema. There used to be an Odeon cinema near the roundabout at Goose Green and Saturday morning children’s cinema was a great treat.

At the junction of Lordship Lane and Barry Road was a Kennedy’s where you could buy faggots and pease pudding, Jean said, you can’t get these any more.

Jean went to school at Heber Road. She was lucky as there were plans to pull the school down and build flats, however, people protested and the school was saved.   An annex to the school was in fact set up in Darrell Road and that is now the East Dulwich Community Centre.

Jean left school in 1948 and worked in various administration and secretarial jobs until she finally retired aged 80 years old.

Jean has participated in the local community and church, first by becoming a tawny owl for the local brownie pack and then involvement in the regular activities of Christ Church Barry Road where she is still active.

She likes the sense of community in East Dulwich which she says is still there after all these years. Of course, there are many more younger members now of the local community.

Jean still takes an active interest in the goings on in the community, Christ Church and the East Dulwich Community centre and she is particularly keen to support work involving children and young people.