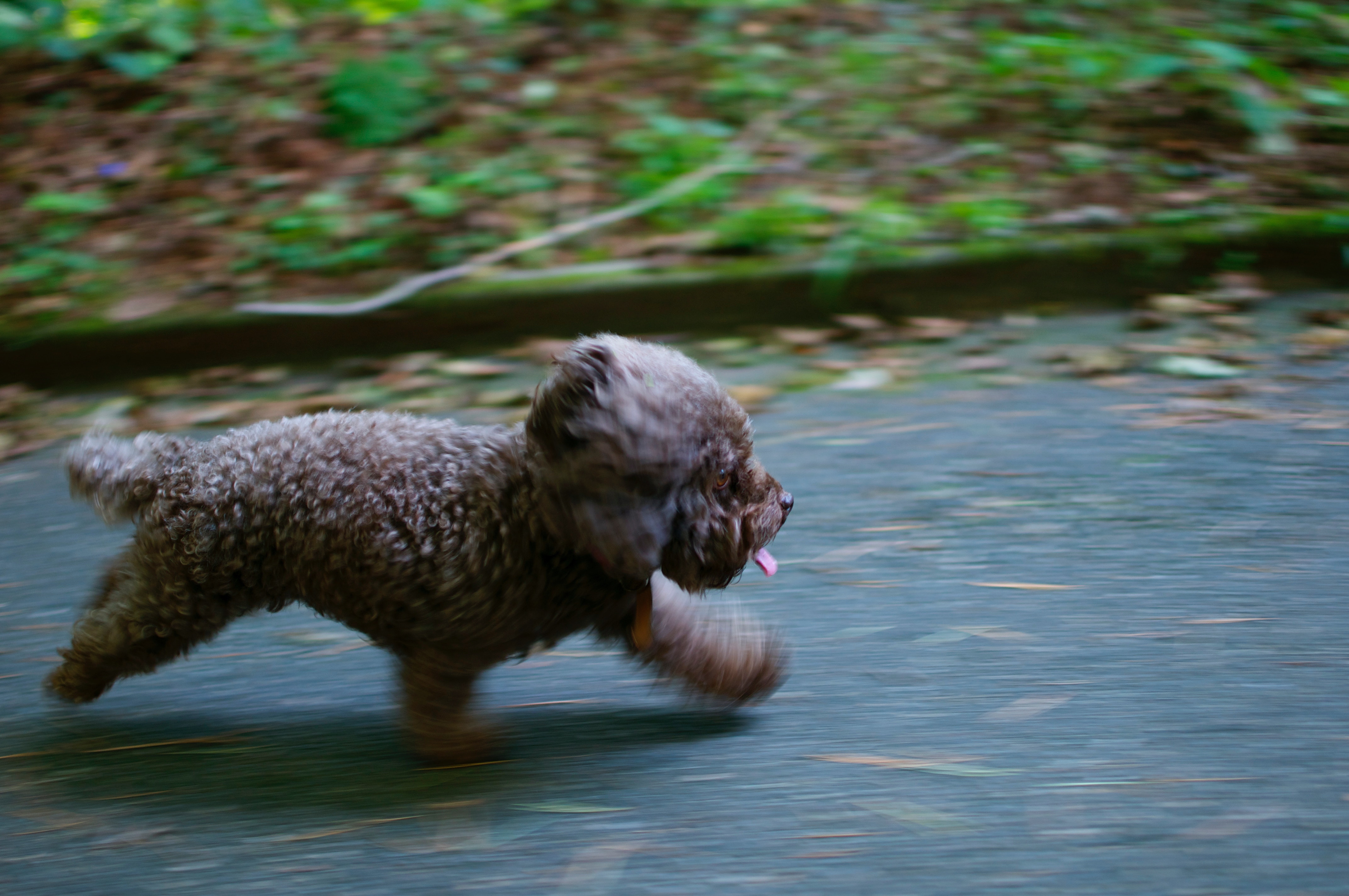 Recently I have witnessed a variety of dogs whizzing around various local parks, off lead and in hot pursuit of some small furry- usually a squirrel. I’ve seen them repeatedly leap, baying and clawing at the nearest tree in an effort to reach the object of their blood lust, which is seeking refuge in the branches. Others adopt the classic ‘pointer pose’- a statue-like, motionless fixation on a furry object of desire, one paw up, nose and body pointed forward, and in this immoveable state, completely impervious to owner entreaty or command- that is if the owner is anywhere to be seen, and mostly they are not.

It seems a proportion of dog owners feel this is excellent exercise and a great way for their pet to let off steam. Well, I must disagree. Is it instinctive? Yes, highly. Do some dogs want to do it more than others? Yes. Do some of us view squirrels and rats as pestilent and therefore fair game? Sadly, yes. However, those owners should think what they are encouraging their dog to learn, because once the genie called prey drive is let loose it is very difficult to put back in the bottle. Allowed to practice and refine this highly instinctive behaviour you will have a dog with zero recall, looking to hunt and pursue other animals at every opportunity and these animals may come to include cats, other small pets and occasionally even small dogs.

Of course, mankind has harnessed and channelled the dog’s hunting and chasing instincts for aeons. Working Spaniels and Labradors are still taught a version of prey drive, flushing and retrieving game to hand, but with a soft mouth. In other countries sighthounds are developed to run down various types of game, including deer, over here we bet on lure racing dogs instead. Sheep and cattle dog breeds are trained in attenuated versions of chase behaviours, like herding and droving. In each instance, canine predatory instinct is harnessed and channelled- not given free rein. An exception to this are categories of dog like terriers- developed to hunt and kill independent of owner direction.

Prey drive is different to any other type of aggressive behaviour and is mediated by a different part of the brain. It is the hardwired instinct to stalk, pursue and kill other animals, ultimately for food. These behaviours are common to all predatory species for which almost nothing compares to the thrill of the chase. Why encourage our domesticated companion predator to have freedom to practice and revert? As with all instincts, certain responses are triggered by the environment early. Quick movements will prompt most young dogs and cats to pursue and capture anything from tumbling leaves to flies. Squealing noises tend to incite immediate focus and even fixation. Unharnessed, nature will take its course.

The responsible dog owner will recognise that the ‘killing game’ is particularly inappropriate for modern city dwellers. Even if your dog never catches the squirrel he chases, he is still refining and augmenting his desire to catch something living with each repetition. Someone’s pet Chihuahua or puppy may come to look very enticing to a dog in a predatory state of mind and body; species recognition failing in the heat of the moment.

Ideally, start to channel your pup’s predatory instincts from the day you get him. Forget freedom of expression, think controlled expression. Train him to chase and retrieve toys and other objects you choose instead of letting him discover his own. Control and satisfy his hunting appetite by teaching ‘find’ and tracking games. Many dogs, especially terriers, will want to rip and destroy at some point. Teach tuggy with very clear rules, provide chew toys and games where he can mouth with your permission. Teach a solid ‘leave’ and train your dog to listen to you anytime, anywhere. Dogs are not wolves, they do not need to hunt and chase other animals to survive. A responsible owner will recognise the need to harness those wolf-like instincts in ways that are socially acceptable. Don’t let your dog chase squirrels as a substitute for interactive training, exercise and play.

This article first appeared in the February 2018 issue of SE22 magazine.

Photo by Leo Rivas on Unsplash