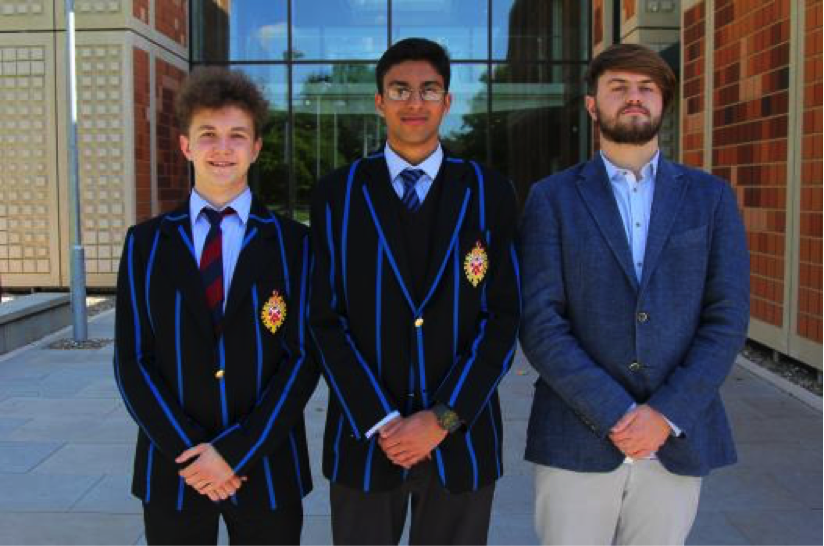 Dulwich College is delighted to announce that four of its Sixth Form boys have been awarded undergraduate Scholarships to study in North America.

Przemyslaw Macholak has been awarded a grant from the Ivy League University of Pennsylvania, for undergraduate study on the prestigious Huntsman Business Programme, for which only 40 are given each year. Przemyslaw will also receive financial support from several organisations which will allow him to follow a joint degree in Business and International Relations together with German.

Zak Siepman has been awarded a scholarship to study Mechanical Engineering at the Southern Methodist University in Texas.

Luke Connor received an outstanding ten offers to study overseas and has accepted a soccer scholarship to study at Young Harris College in Georgia.

Anamay Viswanathan will also join an elite group of global scholars, having accepted the prestigious Morehead-Cain Scholarship. Awarded to only around 50 students from across the world each year, this is a tremendous achievement for the Dulwich College school captain.

Dr Joseph Spence, Master of Dulwich College, said of this achievement ‘We are delighted for Przemyslaw, Zak, Luke and Anamay. Their hard work has been generously recognised and we wish them well for their studies and subsequent careers. We look forward to supporting more and more applications from our students to prestigious scholarship programmes at the world’s best universities and for the courses most appropriate for each of them. Making their way in a global educational village will prepare them extremely well for a career anywhere in the world’.