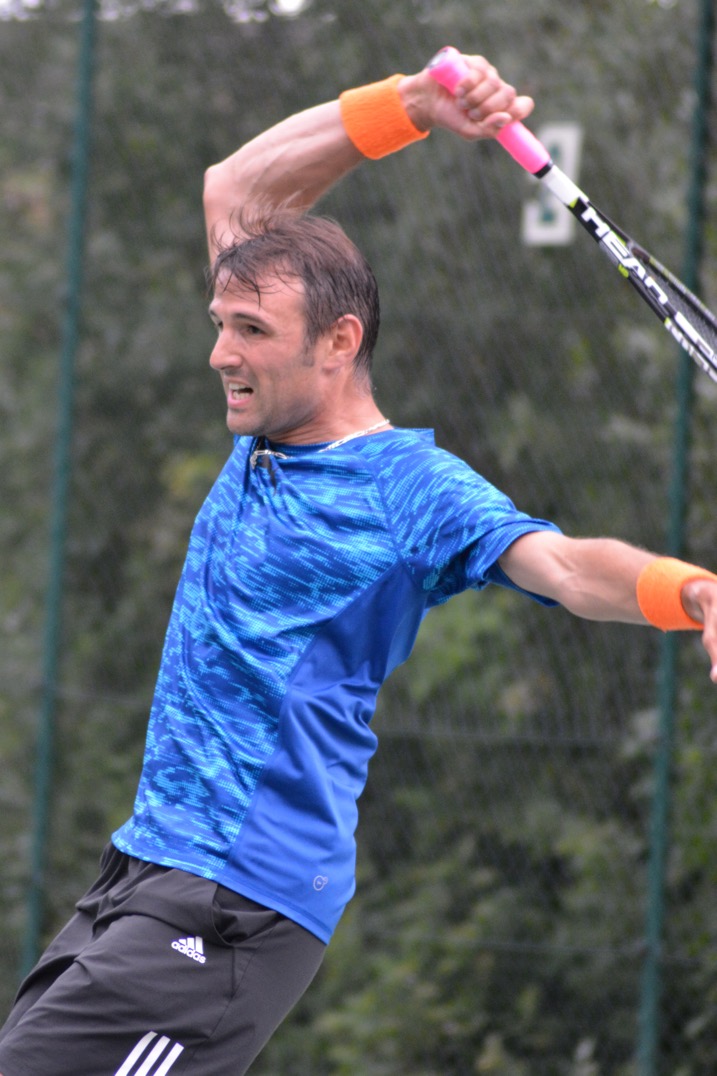 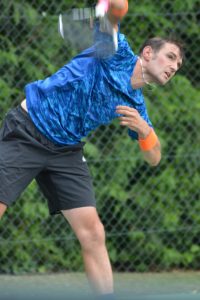 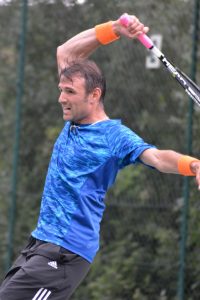 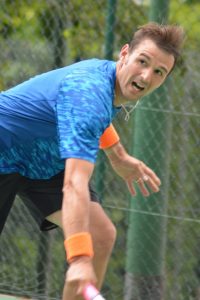 Seb, who hails from just outside southeast Paris, joined the club in Burbage Road a month ago from Telford Park in Streatham where he led the junior competition programme.

He arrived in London 15 years ago to work in catering (he managed a restaurant in the City) but restarted his coaching career in 2007 – he’d worked as a coach in his late teens – with sessions in his local park. He moved to Telford Park full-time in 2010.

He’s an accomplished player (he started early when his parents took him to a local club when the thump of the six-year-old banging tennis balls against their house got too much), reaching the singles semi-final in a regional schools event held at Roland Garros. Not on Phillipe Chatrier, but underneath where there is a hidden complex of hard courts. He also won the men’s singles title at Telford Park last year and hopes to play for a team at Dulwich.

When he’s not on court, Seb spends as much time as he can at his Thornton Heath home with his wife, Carola, and two-year-old daughter Amelie. He’s an Arsenal supporter – “I’ve been suffering for quite a while!”

So what’s his vision for tennis at Dulwich? “To cater for everybody,” he says. “Nobody should feel left out. Tennis is not always about competition. It’s a game; it’s meant to be fun.”

His plans include box leagues and social and handicap tournaments. He’ll also lead Saturday afternoon social sessions at the club, which has four hard courts (soon to be six), a clay court and four grass courts in the summer months. The Saturday sessions are a good time for anyone interested in joining the club to meet Seb and other members. Play starts at 1.30pm.

For junior members there will be 14 weeks of holiday camps, more competitions and two “mini-tennis” contests in March and October.

The first of those holiday camps will be this half-term, October 22-26. Seb plans to cater for all levels – from tots to advanced levels – and groups will run from 9am to 4pm.

The days will be divided into drills, games and competitions, with a focus each day on one particular shot (forehand, backhand, serve etc.) to develop technique.

To find out more the right classes this half-term to suit your budding Serena Williams or Andy Murray, and to find out more about Seb’s plans for Dulwich in the coming year, visit the Dulwich Lawn Tennis Club website and click on the coaching tab. Or, call Seb on 07861 736375.