Music of Dulwich organist rediscovered after a century of neglect 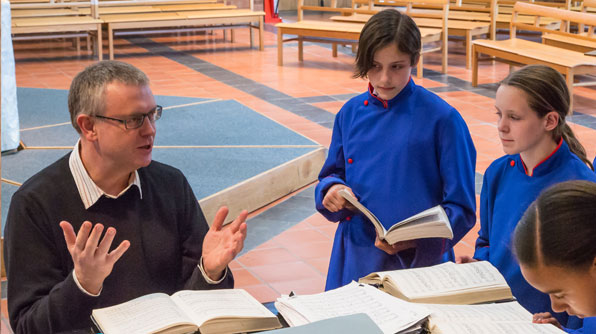 Forgotten gems by Victorian organist Richard Dawre, who worked in Dulwich and died in mysterious circumstances in 1881, will be revived in a concert on 12 June by the Choir of St Barnabas, Dulwich.

Richard Dawre was born in Bristol in 1847 and spent some time as a church organist in Exeter before taking up the post of organist of the church of St Peter, Dulwich Common, not long after it was built. Dawre died aged just 34, of injuries following a fall after a convivial lunch at the Franciscan Convent in Peckham in 1881. He seems to have been virtually penniless – after a delayed inquest that caused comment in the local press he was buried in a grave owned by his landlord in Camberwell Old Cemetery – but he left a substantial portfolio of musical compositions.

Most of these are unknown in the UK. However Dawre’s ‘March Jubilant’ for organ was in an anthology owned by William McVicker, organist of St Barnabas Church in Dulwich Village, and destroyed when the church burned down in December 1992. ‘Like most organists, I had built up a large personal library of sheet music and bound anthologies, much of it consisting of pieces picked up in second hand shops or collections passed on to me by organists who no longer needed it or their families,’ he says. ‘Dawre’s “Jubilant March” was one of those lost in the fire that I chose to replace, which meant having a copy made by the British Library.’

Dr McVicker performed the ‘March Jubilant’ at a recital in All Saints, Tooting, and also recorded it, when the organ of St Peter’s Dulwich Common, which Dawre would have played, was transferred to St Augustine’s in 1995. St Peter’s had been declared redundant by the Church of England and its parish amalgamated with that of St Clement’s, Friern Road, and the organ, designed and built by the Brixton firm of T C Lewis and paid for by the tea merchant Frederick Horniman of Horniman Museum fame, was no longer required. After that flurry of interest ‘March Jubilant’ became simply one of the more entertaining pieces in Dr McVicker’s repertoire, played from time to time at weddings or after Sunday services.

But in 2013, on a recital trip to Australia and New Zealand, he was surprised to encounter the music of Richard Dawre again. Investigating the history of one of the organs on which he was to perform, in a suburb of Adelaide, he came across a reference to a piece by Dawre having been performed at the instrument’s opening recital in July 1883. Further research revealed that after his death Dawre’s music became hugely popular in Australia and New Zealand, with frequent performances of his choral work The Lion of Judah over several decades.

Intrigued, Dr McVicker decided to investigate the music of a composer whom he had hitherto known by only one piece. His researches proved fruitful and Richard Dawre’s complete known works will be showcased by the Choir of St Barnabas at a concert on 12 June. The centrepiece of the concert will be The Lion of Judah, performed with soloists from the choir and accompanied on the organ by the church’s Assistant Director of Music, Riccardo Bonci, who will also play the ‘March Jubilant’. A selection of Richard Dawre’s piano pieces will be performed by Tigran Grigoryan, a recent graduate of Trinity Laban Conservatoire of Music and Dance who is also a member of the choir. Solo vocal works will be performed by soprano Lynne Pierson and baritone Simon Rowe.

The fascinating story of Dawre’s life as a musician, his associations with South London, his untimely death in somewhat mysterious circumstances and the posthumous success of his music will be narrated during the concert by David Beamish.

There is a postscript to this story. In the 1881 census, Richard Dawre is listed as living at Barnes Cottages, Belvoir Road, Peckham, as a boarder with the family of Frederick Thearle, Verger of St Peter’s Church, and it was there that he died six months after the census was taken. Several months after establishing that this house does still seem to exist, William McVicker found himself driving pianist Tigran Grigoryan home after a rehearsal, something he’d never previously had any reason to do. Imagine his astonishment when he discovered that Tigran, who will be performing Dawre’s piano music in the concert, actually lives next door to the composer’s last home!