The MCT at Alleyn’s Present An Evening of Comedy 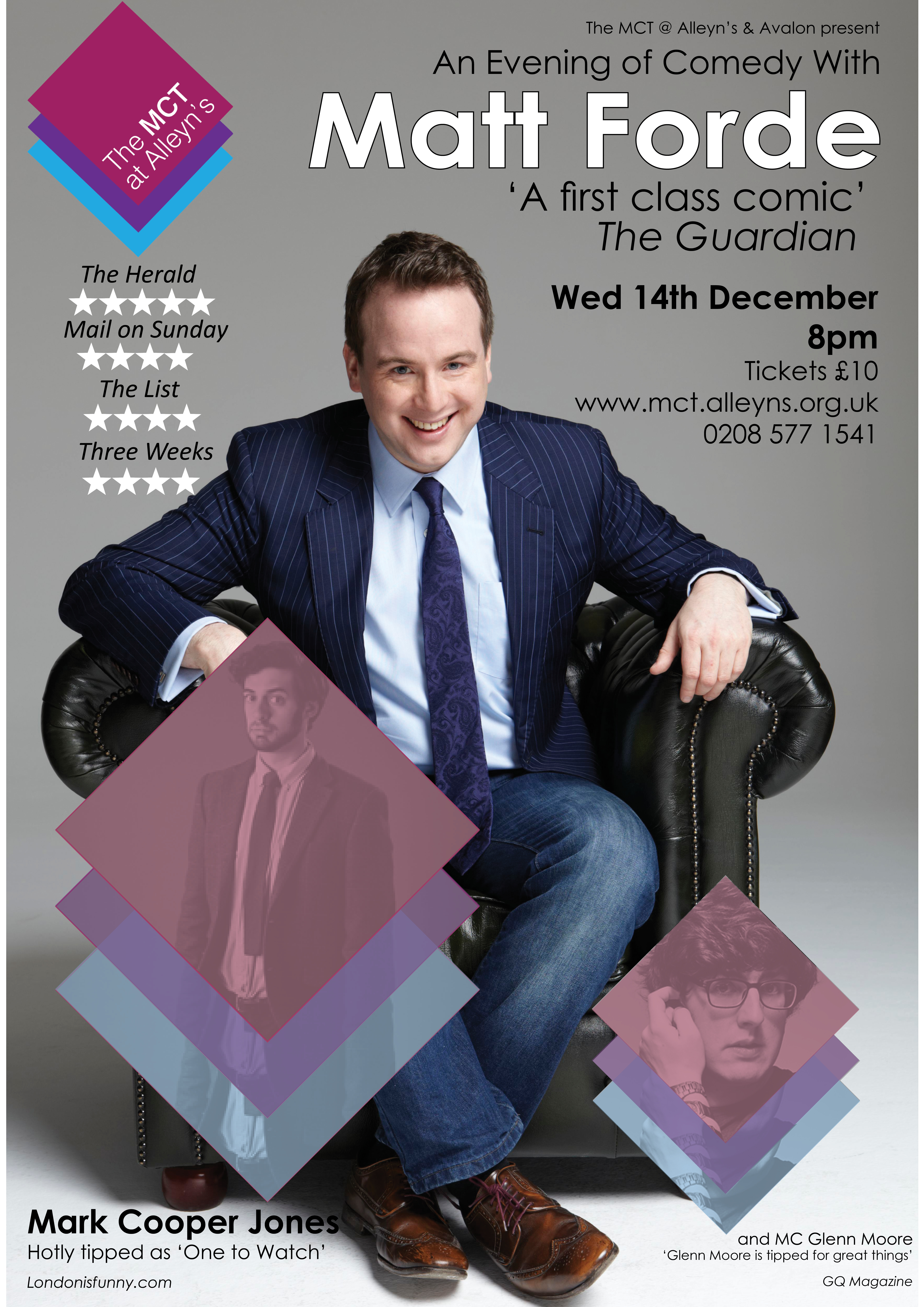 The MCT at Alleyn’s present an evening of comedy on Wednesday 14th December with Matt Forde, Mark Cooper Jones and MC Glenn Moore. Matt Forde
Matt is one of the country’s most in-demand satirists appearing on Have I Got News For You (BBC One), Rory Bremner’s Coalition Report (BBC Two), 8 out of 10 Cats (Channel 4), Question Time (BBC One), This Week (BBC One) and Russell Howard’s Good News (BBC Three). Matt’s TV show ‘Unspun with Matt Forde’ premiered this Summer on Dave

‘A first class comic’
The Guardian

‘Thanks goodness for Matt Forde…Combining spot-on impressions with up-to-the-minutes observations.’
★★★★ Mail on Sunday Mark Cooper-Jones
As seen on Russell Howard’s Good News, hotly tipped as ‘One to Watch’ (Londonisfunny.com).

Mark performs stand-up around the country. With much of his material derived from his past experiences of teaching Geography, Mark (Sir) is an authoritative stand up with a penchant for rules, countries and capitals tests.

Mark Cooper-Jones is an exciting emerging stand-up comedian, a Chortle Best Newcomer Nominee, as well as one third of the highly acclaimed sketch group WitTank.