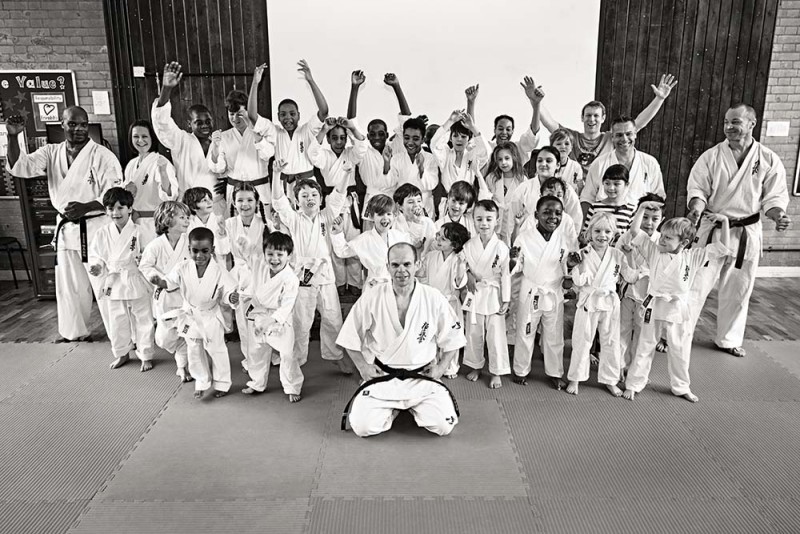 Kris Wozniak, age 42 and 3rd Dan black belt is the founder of the KKAcademy Sports Club and a teaching assistant at Fairlawn primary School in Forest Hill, has been chosen to represent Great Britain in the senior category at the 11th World Open Kyokushin Karate Tournament, 20-23 November 2015 in Tokyo.

Kris was chosen out of thousands members of the Kyokyshin Karate’s” Great Britain Organization to fight at the World Kyokushin Karate Tournament, this prestigious tournament founded in 1975, takes place every 4 years and over 4 days. It is an ultimate test of stamina and skills, contestants have to fight in up to 9 rounds and then take part in the Tamashiwari test, breaking up to 10 wooden boards or roofing tiles. Kris strength and skills will be tested to the limit as he observes the unswerving spirit of “Akiramenai” meaning “Never give up”.

Kris came to London in 2004 with his wife from his native Poland. He set up the KK Academy in 2009 after the birth of Julia his daughter. His philosophy and sporting goal is to teach children and young people moral values and help them develop essential life skills. He wanted to pass his passion, knowledge and skills on as a legacy for future generations.

Currently, the KKAcademy has 60 members: children, teenagers and adults. In 2011 The KKAcademy squad was formed in 2010 and has achieved many first places in the junior categories for local and national tournaments.

Kris started hosting the London Cup tournament for children and young people in his Dojo at Fairlawn. It continues to grow and is now hugely successful and a highlight on the fighting calendar.

Kris is one the highest qualified judges in GB and involved in judging many international competitions. He always goes above and beyond, running many additional sports based activities for the local community and a successful gymnastics club with his wife.

He is an inspiration to his students with his motto of “Aim high, never give up, stay strong, work hard, challenge yourself”.

All the KKAcademy club members’ and their parents’ will be supporting Kris in his quest to becoming the best British Kyokushin fighter in the world.

We are believed he can go all the way to Gold, Go Sensei Kris.