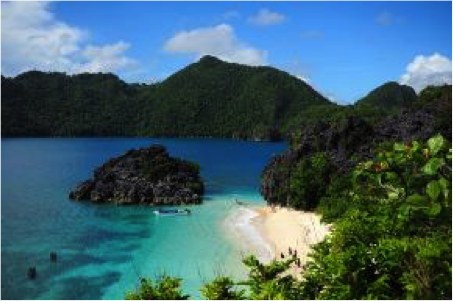 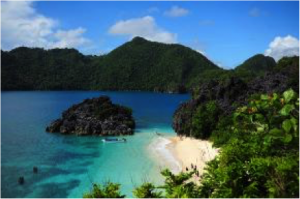 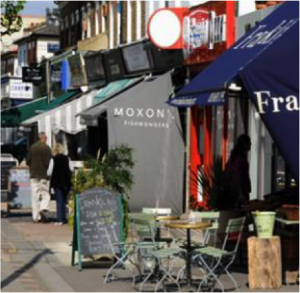 When Mike Pilgrim and his Filipino partner bought an old battered boat in the Philippines little did he realise it would be the start of a successful coconut health food business in Peckham Rye.

Mike, a seasoned Telecom Executive originally from Farnham, moved to Asia in 1988 and helped establish new mobile phone and telecom businesses in Hong Kong and the Philippines. Giving up corporate life in 2003, he soon became involved in a number of other start-up businesses and was approached by a retired Filipino Navy Officer who was desperate to create new income opportunities for the local people on an isolated Island called Alabat in the Philippines, by operating a ship that could carry vehicles, commercial cargo and people to and from the mainland.

So Mike and the Navy Officer (who became his local partner) bought what can only be described as a ‘wreck’, in the form of a 35 year old roll-on roll-off ferry called “The Odyssey” and, after a lot of hard work and effort, Alabat island began to prosper through employment of local islanders, construction of roads and other infrastructure and increase in local commerce. The Alabat mayor and his officials were so pleased with the results of the new transport link that Mike was asked if he could find a use for 300,000 coconut husks that were left over each day from islanders making coconut oil.

Mike identified that the husks could be easily processed to extract coconut fiber which is used in mattresses, car seats, door mats and for anti-soil erosion and horticultural applications. So Mike and his partner built a coconut husk processing plant on the Island, employing 50 people, and started to export coconut fiber to China.

It didn’t take long for Mike to realise that coconuts could also offer healthy food and drink products, more profitable than coconut fibre, that would also bring further economic benefits to poor coconut farmers and their families. So after a year of preparation, Mike launched a range of coconut health products to sell in the UK and Europe.

Mike realised he needed a partner to make the business successful in the UK and in 2014 he brought into the business a trusted friend, in the form of Vicky Henley. Passionate about healthy foods, Vicky became a join owner and “Ms Coconuts UK”. Together they set up a base in Peckham Rye for promoting and selling the coconut products and The Coconut Company was born.

Today the Peckham Rye start-up is booming and offers a wide range of products, from better known favourites like virgin coconut oil, coconut milk powder, flour and sugar, to more unique offerings such as coconut sap vinegar, amino sauces and nectar. This year has seen a huge surge in sales; with products launching not only in stores in the UK, but in many countries around the globe. The brand has become known for its high quality and tasty products – picking up awards along the way including a Great Taste award and winner in The Healthy Food Guide’s Food & Drink awards. The Peckham Rye operation also manages a processing facility in Wales, which packs the bulk coconut products imported from the Philippines into jars, bottles and pouches that are then sent to distributors and retailers in the UK and to export customers.

But Peckham Rye is not just about business. The Coconut Company also recognises the importance of forging community links with the Philippines and as part of its corporate social responsibility activity, The Coconut Company have teamed up with residents of Peckham Rye to collect and send out a shipment of clothes and toys to a local village in the Philippines where villagers lost everything due to a typhoon, a common occurrence in the country.

“When Mike and his Filipino business partner first bought the boat he was hoping that at best it would lead to better business links between the Philippine island and the mainland. That a strong business link has been forged between East Dulwich, the Philippines and the rest of the world is testament to Mike’s entrepreneurial skills and shows just how far a creative mind and a good product range can go.

To find out more about The Coconut Company and their products visit their website at www.thecoconutcompany.co