The Last Word: Paul Ewen, Author of Francis Plug – How To Be A Public Author 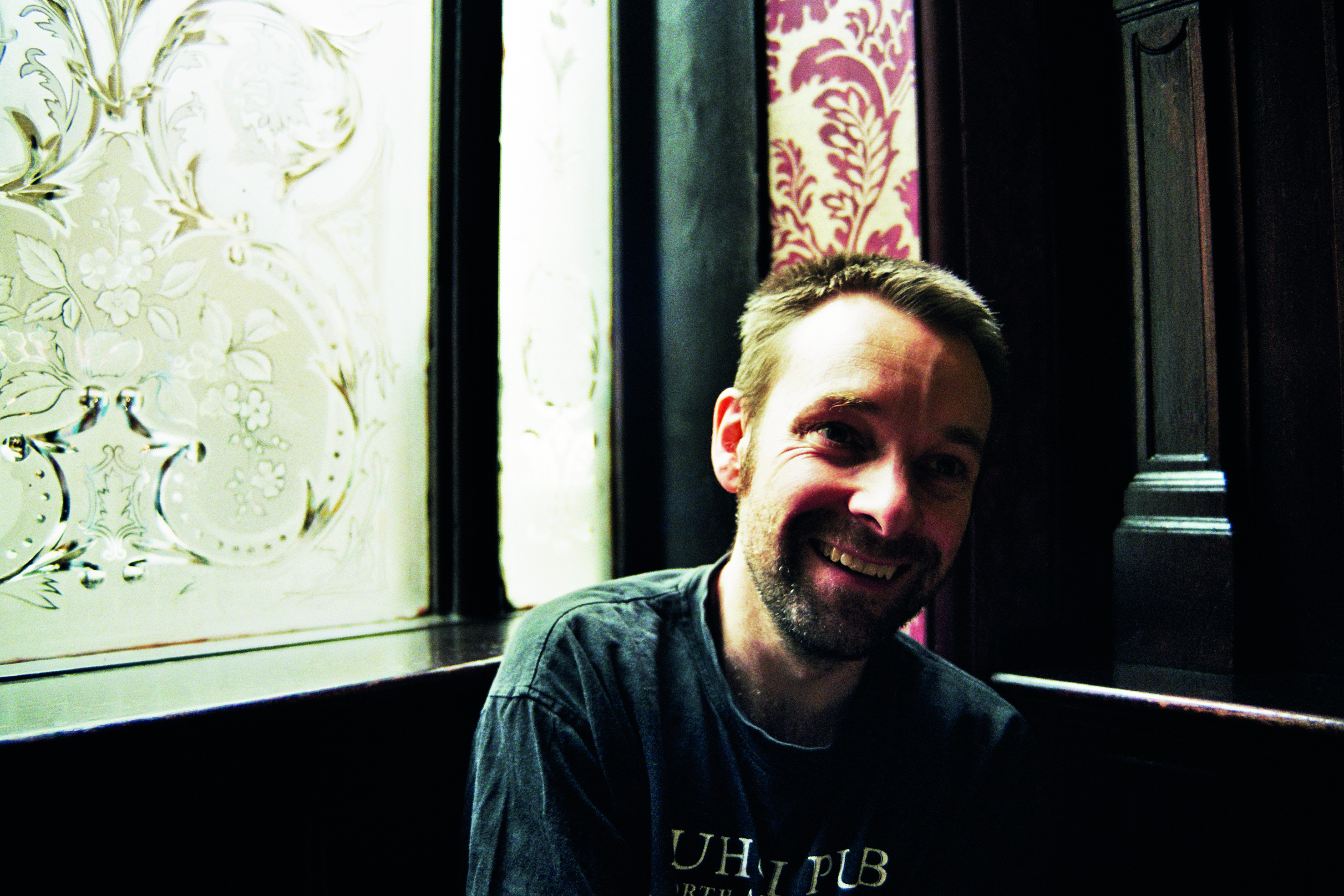 Paul Ewen is the alleged* author of Francis Plug – How To Be A Public Author, which the Sunday Times called “a brilliant deranged new comic creation.” He lives in SE22 and is appearing as part of the Dulwich Festival 2016, together with Francis Plug, allegedly.

* Francis Plug thinks he wrote it.

How long have you lived in the area?
Just over six years. My London experience started in Tufnell Park (NW5), which was also Francis Plug’s stomping ground, until he got the shove.

What’s the one thing you couldn’t do without?
Dulwich Library. As a writer, it’s an invaluable resource. How To Be A Public Author, and my current novel-in-progress, have both been written with the help of books accessed there.

Do you know your neighbours?
Absolutely. Pat and his family are like extensions of our own. We have proper chats over the fence, share birthdays, and life’s ups and downs. Pat gives us strawberries and rhubarb from his garden, and I tend to talk a lot of rhubarb in return.

The most famous person you’ve seen or met?
Without wanting to big him up, it has to be Francis Plug. He’s quite often seen in SE22, walking about, talking to himself, shouting, laughing, weeping. Jo Brand and Micky Flannigan tend to knock around these parts too, but they’re obviously not in the same sort of league.

Cafe, pub or bar?
Like Francis, I am very much a pub person. In fact, I actually do a good deal of my writing in pubs, and have even written a book dedicated to them (London Pub Reviews). Unlike the character of that book, I don’t tend to get thrown out of pubs very often, or marched out by police, or carried out on a stretcher.

What’s your favourite place to go for a drink?
The Plough in Lordship Lane is our regular SE22 haunt. The Crown & Greyhound in Dulwich Village was good too, until they made it harder to get inside by putting a large wooden fence in front of it.

Where’s your favourite place to walk?
Dulwich Wood is the sort of place you can imagine the Famous Five taking Timmy the dog for walks. It’s offers the chance to put on your rural clobber and hold a large stick. There’s also a small wooded area in Peckham Rye Park that most people tend to go round, but which is well worth going through.

What is your favourite shop?
Red Apple and Badger Bakery, both on Lordship Lane. Despite sometimes buying groceries from a machine with an automated voice, I prefer a chat and a friendly face. The folk at the Picture Framing shop at 350 Lordship Lane are also top-notch, and I try and support Rye Books and Chener Books when I’m not borrowing books for free from Dulwich Library.

What was the last thing you bought there?
Some milk, sweets, a paper, and a lovely fresh loaf of wholegrain bread.

The book I’m reading at the moment…
One of the chapters for my current book is set in Paris, and so I’m just finishing up The Hunchback of Notre Dame by Victor Hugo. It’s quite an extraordinary book with loads of insights into historical Paris. The book itself is actually credited for saving Notre Dame cathedral, which had fallen into massive disrepair in the early 1800s. There’s a copy of it going at Dulwich Library, or there will be imminently…