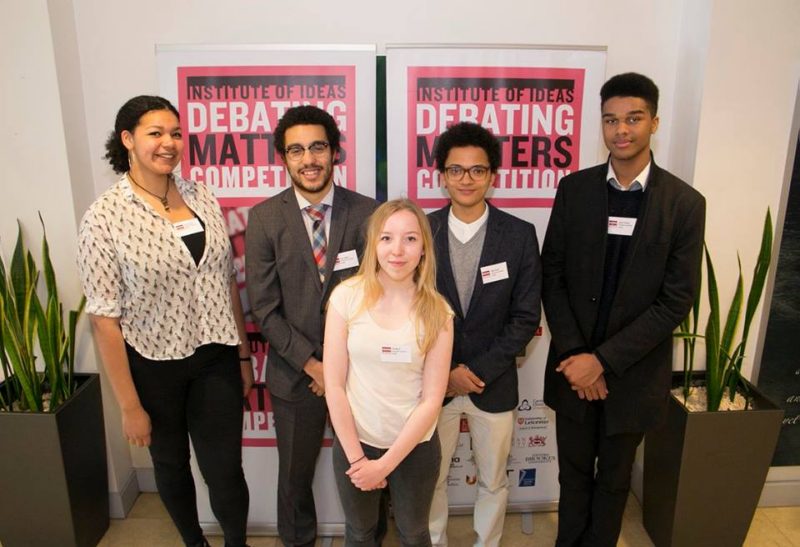 Last month, sixth-form students from six schools from across the South of London fought it out for a place at the Debating Matters national final to be held at the Museum of London in July. Ultimately, Kingsdale Foundation School, were victorious, having impressed judges with their sharp ideas and broad approach to the topics.

The 16-18 year olds will took part in a series of debates on topics such as gender quotas in the workplace, human genome editing and gentrification as part of the UK’s toughest debating competition, the Institute of Ideas’ Debating Matters Competition.

The competition involves nearly 300 schools and 2000 students from around the UK.

“Debating Matters has been an intellectually stimulating battle of ideas – emotionally stressful, but ultimately rewarding. We’re really happy we won”

They faced a judging panel of adults from a wide range of professional backgrounds, including local business leaders, scientists, authors and academics who questioned them on their arguments and challenge them to defend their research and thinking.

‘The competition prides itself on taking young people seriously, valuing ideas and allowing free debate. Some of the brightest and best students are taken out of their

comfort zone by tackling these topics. The quality of debaters was again exceptionally high in the London South Region, so congratulations to Kingsdale Foundation School!

“We emphasise substance, not just style of debating, and all the students have done incredibly well to get this far.”

The regional final was hosted by the Institute of Psychiatry, Psychology, and Neuroscience, King’s College London.