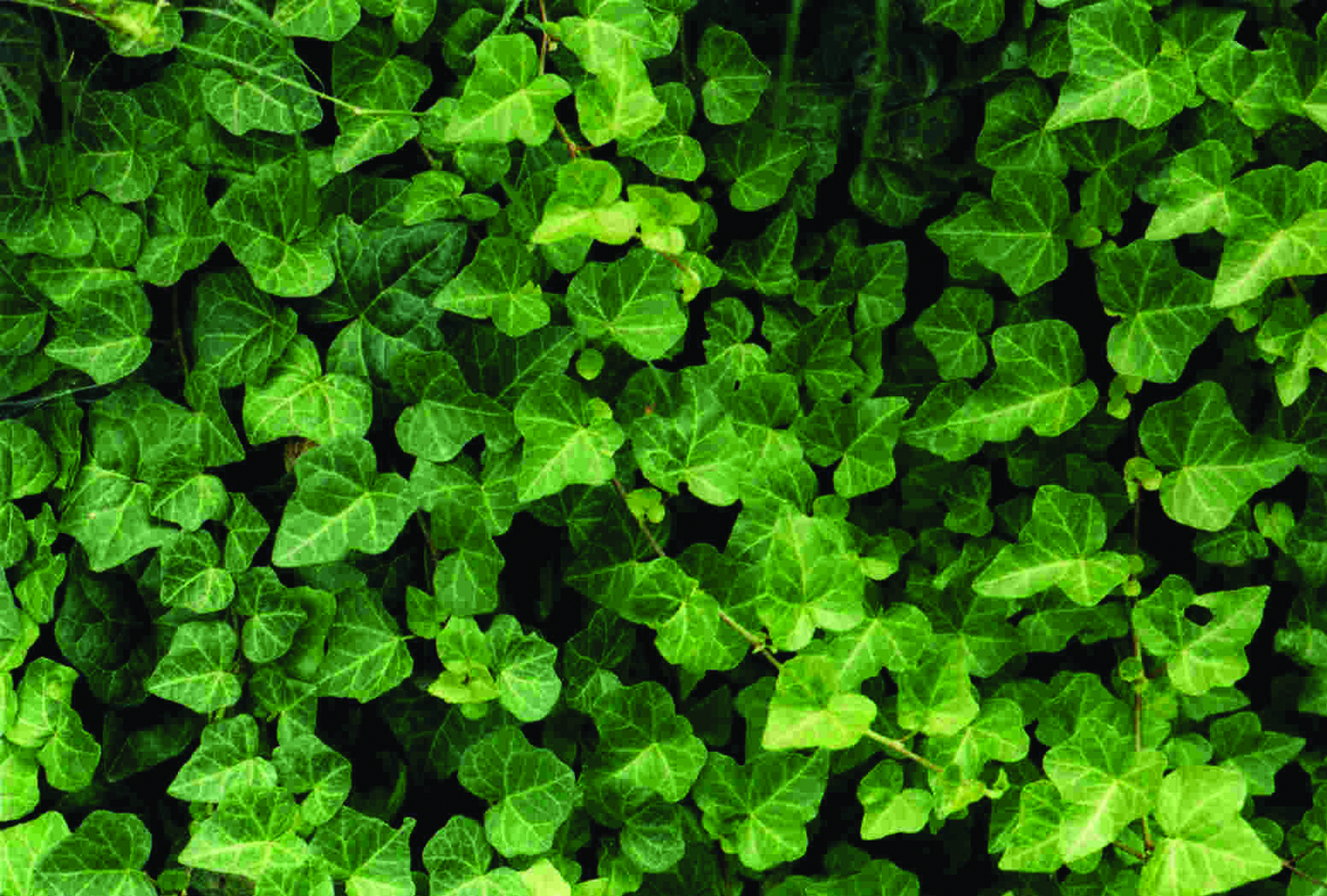 In ancient Britain, Ivy was a symbol of eternity and endurance. In the 18th century it was regarded as the classic Gothic plant, clothing buildings in melancholy fashion to remind us that nature is never far from reclaiming power. Nowadays Ivy still provokes fear and tends to get a very bad press. Not all the accusations are founded though and the benefits of ivy I find are widely underrated so I’d like to try and set the record straight.

First of all, Ivy is an invaluable source of nectar for many insects, including bees and butterflies. They also provide shelter and food for small birds (their berries are high in protein) and for hibernating animals.

Researchers found that honey bees rely upon ivy for the majority of the pollen and nectar they collect during the autumn months, a crucial time when the insects are trying to build up stores for the winter and feed their young. By studying the pollen being brought back to the hives by bees they found that 89 per cent of it was being collected from ivy. “Part of the problem is that people really don’t see ivy as a flowering plant because the flowers are small, mainly green and not very exciting. But we found that the nectar produced by ivy is very high quality, so our message is for gardeners to see ivy as something positive.” says Professor Ratniek. Message received Professor.

Secondly, it creates an attractive evergreen carpet or wall, perfect to cover an insightly wall, create a green backdrop or add character to a house façade.

There aren’t many evergreen climbers, let alone self clinging ones so Ivy is definitely a very useful plant.

Trees canopies can become infested with too much ivy, which often happens in open-crowned trees such as ash. Ivy can act as a sail in high winds or add weight to an old tree canopy, making it unstable. Its heavy dense foliage can also hide cavities or decay. In these cases, it may be necessary to thin the ivy. Mostly, however, it’s not a problem; trees have been supporting ivy for far longer than we have taken issue with it.

It does need to be kept in check because it can get into drains and gutters.

Ivy doesn’t strangle trees. It doesn’t live off them either since, despite what a lot of people might think, ivy is not a parasitic plant. Those aerial rootlets merely support the plant; its ground roots do the feeding and watering. If the ivy appears to be growing into the trunk, this is often because it is exploiting the rotting trunk of a dead or old tree.

It damages walls. In fact, though ivy does cling by aerial roots, it can do little harm on a sound, well-pointed wall. The risk is that on old, soft-mortared walls ivy can open up cracks which then let in water. This can then freeze and loosen the mortar.

So fear not, and give Ivy the love it deserves.

This article first appeared in the February 2016 issue of SE22 magazine.