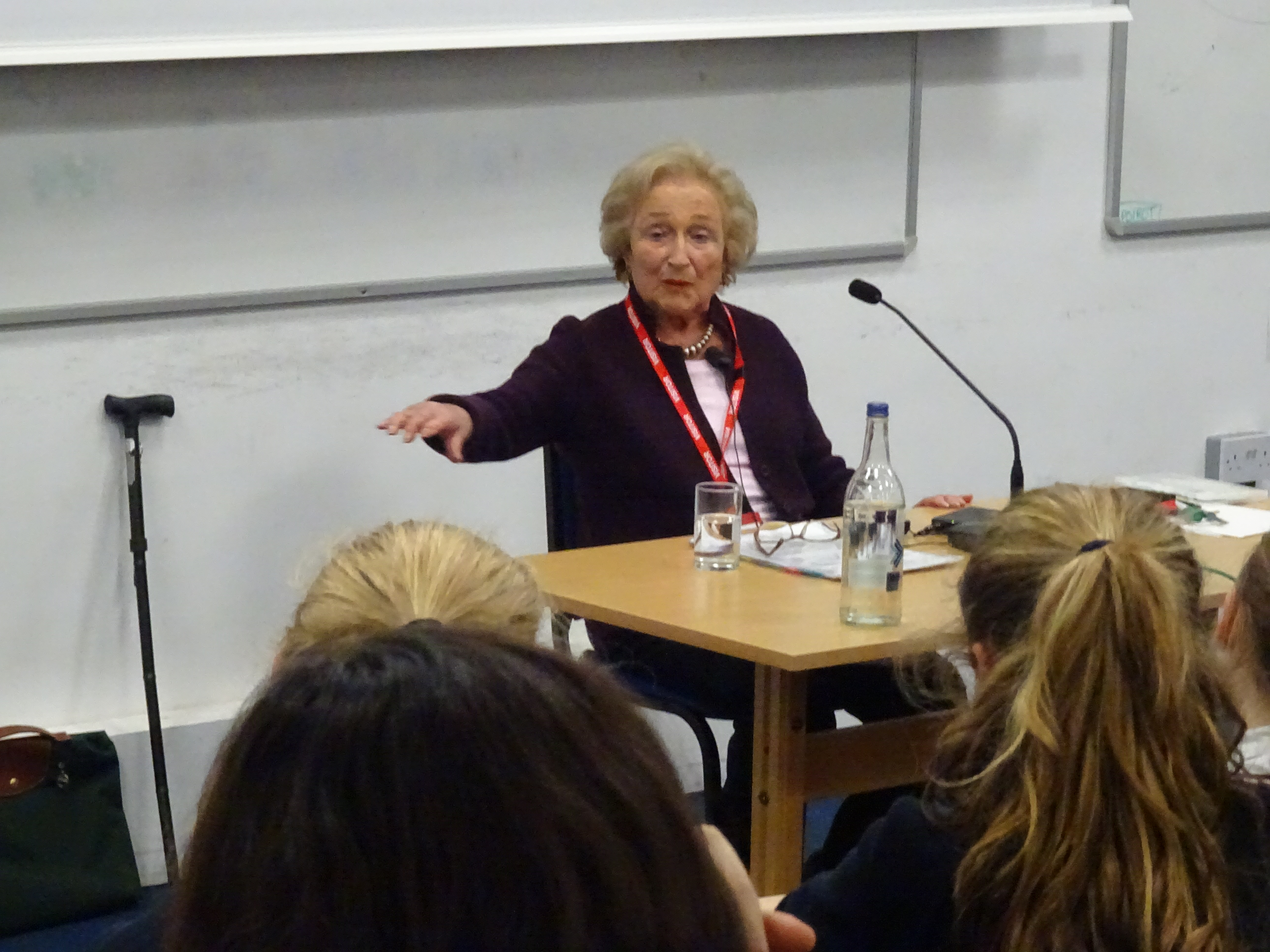 Freda Wineman, 94, spoke to the students about her ordeal of being captured by the Nazis and held in four concentration camps, including Auschwitz where her mother and brother were sent straight to the gas chamber. Mrs Wineman told how she was selected to work, sorting through the belongings of those who had been murdered, then later being forced to dig trenches for mass graves. The students then heard how she was transferred to the Bergen-Belsen concentration camp where she suffered illness and starvation in the appalling conditions as well as abuse by the guards.

She explained how the lessons of the Holocaust are still relevant today:

“We need to understand what happened. To see the underlying causes of hatred and to learn from them. My hope and prayer is that telling our stories will strengthen you, especially the young people, to challenge prejudice wherever it raises its ugly head. And in doing so, help ensure that hatred and what it brings will be reduced and one day eliminated.”

Her testimony was organised as part of JAGS’s Personal, Social, Health, Citizenship and Education (PSHCE) programme which is designed to help its students develop life skills beyond the education syllabus, including empathy, compassion and active citizenship. The schools aim is that by hearing some of the personal stories within the horror that took place, the pupils will be  encouraged to make a positive difference in their lives.

After telling her story, Mrs Wineman concluded by saying:

“Sadly today we are experiencing once again the rise of anti-Semitism and other manifestations of racism and intolerance. It gives me so much pain that this can somehow become acceptable again.

“However there is hope, I speak to many schools where there are teenagers of all races and creeds. Their understanding of humanity and tolerance and the need to live together in peace and goodwill is a wonderful example to us all. Only by remembering what happened can we honour the memory of the millions who perished, only by remembering and challenging prejudice can we reduce hatred and dare to hope for a better future for the generation that follow us.”

The visit was arranged through the Holocaust Education Trust which aims to raise awareness and understanding in schools and the wider public of the Holocaust and its relevance today.

Karen Pollock MBE, Chief Executive of the Holocaust Educational Trust added:
“The Holocaust Educational Trust educates and engages students from across the UK, from all communities about the Holocaust and there can be no better way than through the first-hand testimony of a survivor. Freda’s story is one of tremendous courage during horrific circumstances and by hearing her testimony, students will have the opportunity to learn where prejudice and racism can ultimately lead.”