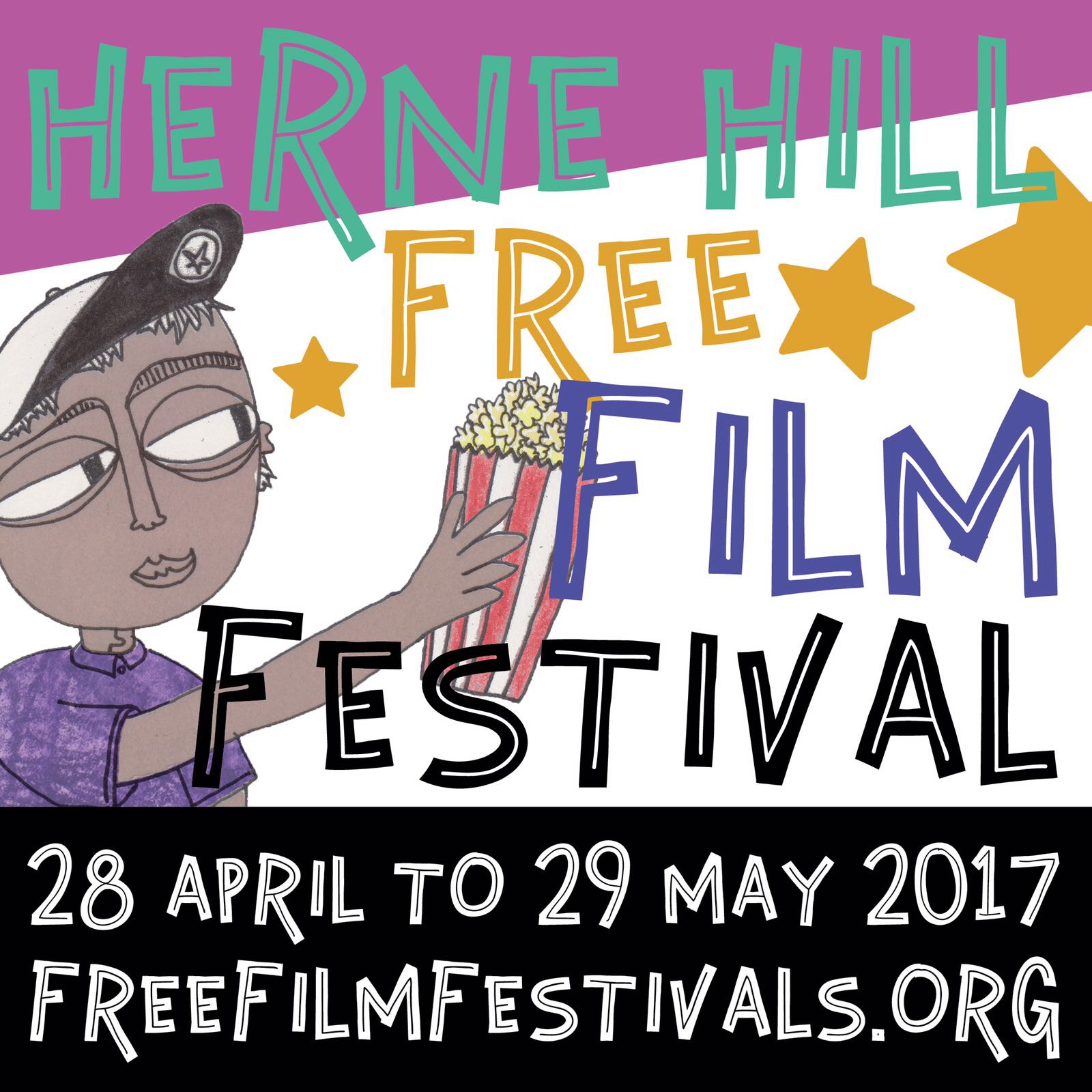 The Herne Hill Free Film Festival celebrates its 5th birthday with a month-long programme of screenings ranging from Hollywood blockbusters, documentary films and shorts by local filmmakers. The event runs from 28 April to 29 May 2017 across a range of venues around SE24, including iconic outdoor sites, local churches, schools, pubs, railways arches and a brewery.

The fun-packed and diverse programme starts on 28th April with Roald Dahl’s BFG at Rosendale School, with a special Q&A session with the film’s star, award-winning actor Mark Rylance. On 26th May, this year’s most talked about film, La La Land, will be screened at the Herne Hill Velodrome. Moonlight, winner of the 2017 Oscar for Best Picture, will be lighting up the iconic Brockwell Lido on 13th May. A few hundred yards away, on 20th May, Gloria Gaynor and ABBA will be echoing around Brockwell Park courtesy of The Adventures of Priscilla, Queen of the Desert. On 27th May, sci-fi blockbuster Arrival will show at the Sterling Prize-winning Zaha Hadid designed Evelyn Grace Academy. The festival’s outdoor antics come to a close with Charlie Chaplin and Laurel and Hardy at Herne Hill Station on the 28th, the last Sunday in May. Accompanied by the legendary composer Neil Brand on piano, this performance is not to be missed.

Two of the grandest venues in the area will be screening two cornerstones of 20th Century cinema. Imitation of Life, one of the jewels of 1950’s film, will be warmly welcomed at Holy Trinity Church, while Fritz Lang’s silent masterpiece Metropolis will be making its way to All Saints Church, accompanied by Gottfried Huppert’s original orchestral score.

The festival will also be floating down the Amazon with Embrace of the Serpent and taking a trip to Moscow’s least salubrious parts with Something Better to Come at the Lido Café, while at Canopy Brewery, Peter Fonda and Dennis Hopper will be cruising in Easy Rider. At the newly reopened Half Moon, the audience will be escaping a South Korean zombie attack on a Train to Busan, while at Off the Cuff, they’ll be watching The Big Lebowski while drinking White Russians with the Dude.

As usual, documentary lovers are well catered for with Murderball playing at Fison Fitness, Cameraperson rolling at The Prince Regent and the Oscar nominated Fire at Sea sailing into the Half Moon. The Florence has elected to feature Tim Robbins’ political mockumentary Bob Roberts while War of Words, a documentary about the UK battle rap scene, will be screening at live music venue Off the Cuff.

Now in its 5th year the Herne Hill Free Film Festival was established to bring film to all corners of the local community, to make the experience of cinema accessible to everyone and to introduce people to films they might not otherwise cross paths with. The festival has grown year on year since its inception in 2012, and 2017 looks set to be no exception!

The Herne Hill Free Film Festival is a volunteer-led community event made possible by the generous support of Pedder Property, Southeastern Rail, the Lido Café, Flannery Media, Llewelyn’s and yesmum. The festival’s volunteers are also grateful to all the venues for hosting screenings and to audiences for their kind donations.