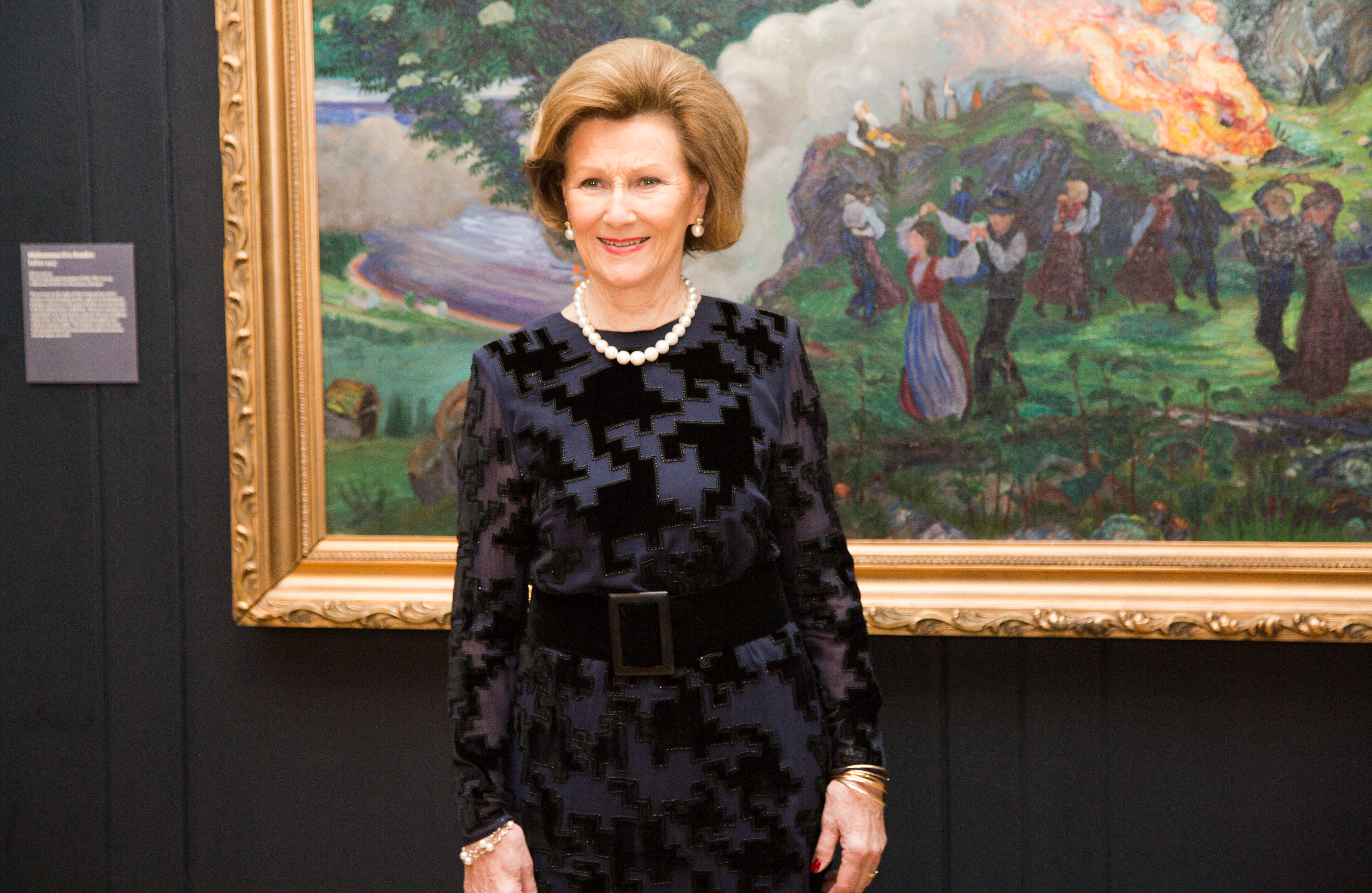 “Nikolai Astrup has contributed significantly to shaping our understanding of Norway. In that sense, the title of this exhibition is indeed fitting: Nikolai Astrup. Painting Norway.  He transformed his own, private visions of the natural environment into scenes of universal relevance…Astrup visited London in 1908, with the main aim of studying the paintings of John Constable, an artist he admired greatly. In a sense, we could say that he has now returned, with the fruits of his studies.”

The Sackler Director of Dulwich Picture Gallery and co-curator of the exhibition, Ian A C Dejardin and fellow co-curator, MaryAnne Stevens led a tour of the exhibition for HM Queen Sonja where they were also joined by Norway’s Minister of Culture, Linda Cathrine Hofstad Helleland and State Secretary, Bård Folke Fredriksen.

Following the tour, HM Queen Sonja joined nearly 100 guests from Norway for dinner in the impressive surroundings of the Gallery’s enfilade.

Nikolai Astrup (1880-1928): Painting Norway opens to the public on Friday 5 February and runs until 15 May 2016. It is the first major show of the artist outside of Norway and brings together over 90 works exploring the luscious, colourful paintings and radical innovation in printmaking that defined Astrup’s career.