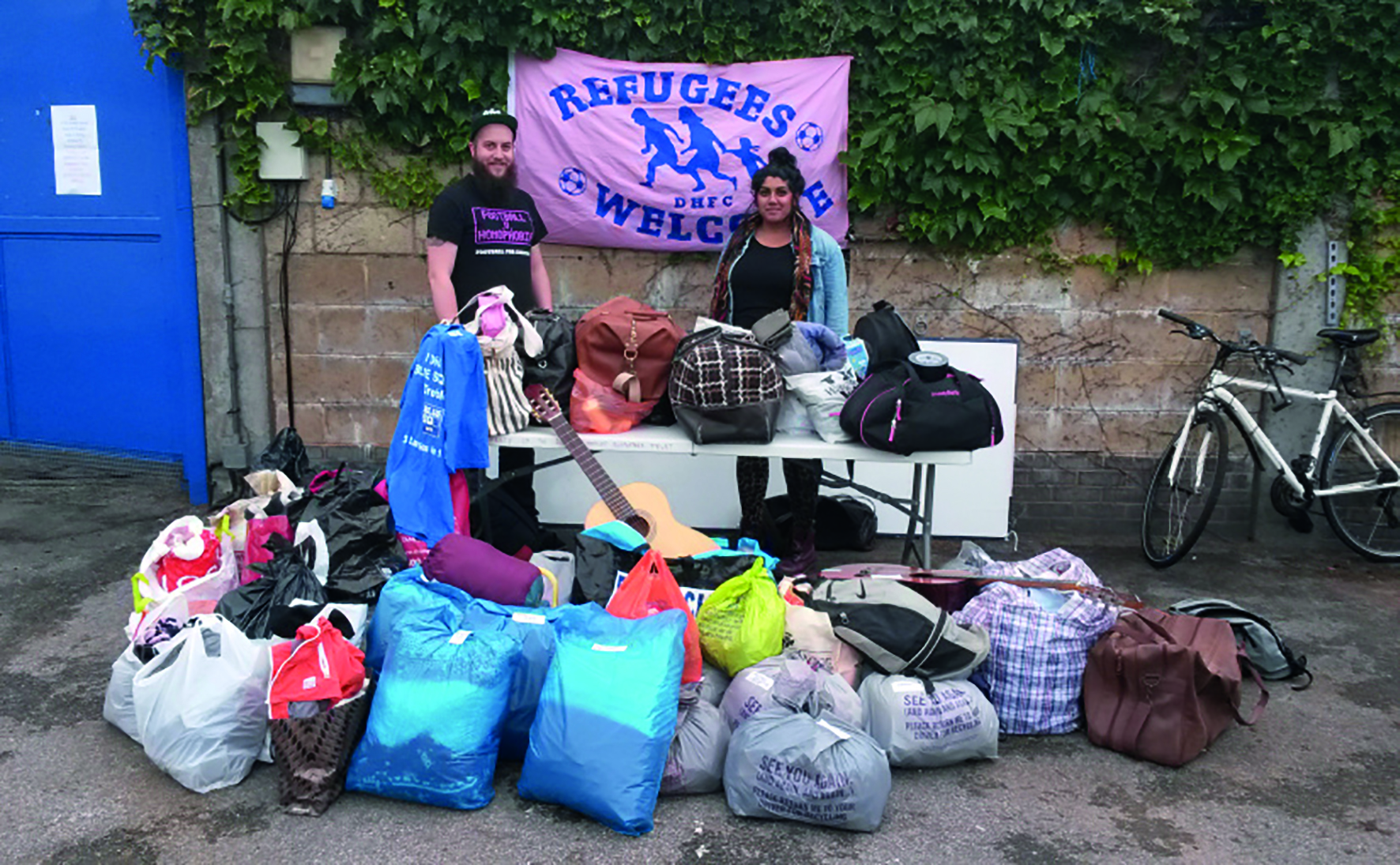 Entering 2017, Dulwich Hamlet sit comfortably in the Isthmian Premier League play-off positions .  Hopes are high that the team is able to improve on last year’s play-off final defeat and gain promotion the National League South.  On the cup front there are still three trophy’s to play for.  After a hard fought reply in Hertfordshire, Dulwich beat Royston Town by a single goal to set up a 2nd round tie against Brighton based club Whitehawk which will take place on Saturday 14 January 2017.

On Saturday 17th December 2016, Dulwich2Dunkirk, the Trust and the Football Club organised a collection of old and unused bikes which will be given to the Bike Project.  The Bike Project are a Denmark Hill based charity who refurbish and repair bikes for refugees.  This in turn gives them mobility and can save them up to £20 a week on bus fares which works out to be over £1,000 a year.  Dulwich2Dunkirk was set up by a group of football fans, primarily supporters of Dulwich Hamlet FC, in 2015. Since then they have held a number of successful donation drops, visited France a multiple times to deliver vital aid welcomed new arrivals to Dulwich Hamlet matches.

The annual Supporters’ Trust Christmas party was held in the club bar at Champion Hill.  We’re pleased to say that £520.00 was raised on the night, 50% of which will be donated to Dulwich Hamlet Football Club’s official charity partner for this season, Football Beyond Borders  with the remainder going into the Trust’s coffers.   An excellent evening’s musical entertainment was provided by Brixton Buzz’s, Mike Urban and DHST Board member, Mark Scoltock on the decks alongside a set from And Other Nihilists. A big thank you to Ron Strutt for allowing us to borrow his PA system for the night and donating an amp to us for future events.

150 uniquely designed Bala Play commemorative footballs in the Dulwich Hamlet colours of Pink and Blue have been produced.  The ball can be bought from the DHST Mega-Container on home match days or from our online shop.

Local playground and charity, the Dog Kennel Hill Adventure Playground, will benefit to the tune of 50% of the profits from the sale of the specially designed Bala Play footballs. The money will fund a new swing for the playground, which has operated for over 40 years on a site near Champion Hill. It is a free open access adventure playground for local children and young people between the ages of eight and sixteen.

This article first appeared in the January 2017 issue of SE22 magazine.