The Great Wall of Stillness! 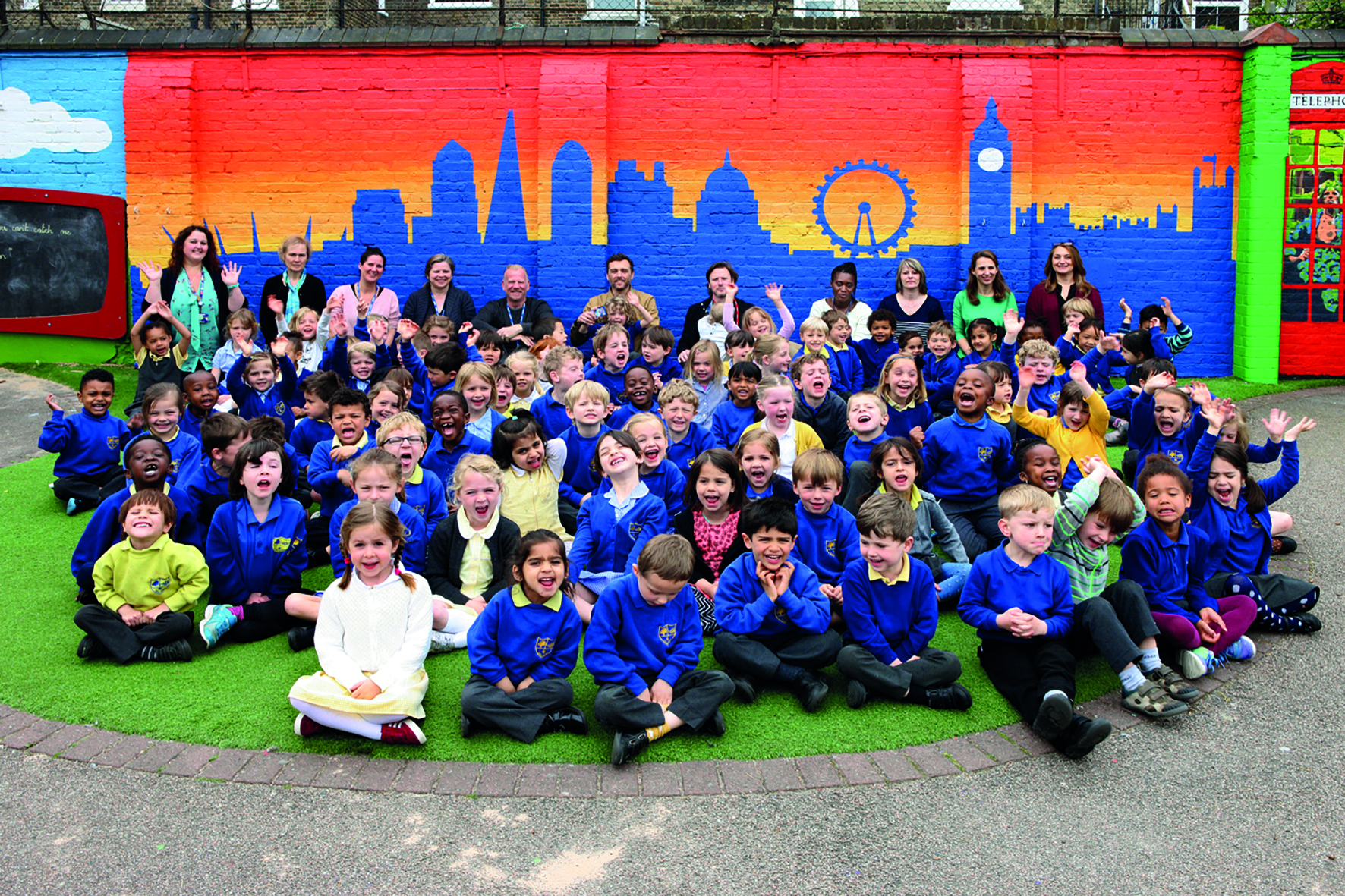 The Reception Team at Stillness Infants School in Brockley wanted to create something bright and colourful on the wall of the children’s outdoor learning space. The area is an extension of the classroom and, as such, any images needed to complement the curriculum, clearly defining each learning space. We decided to create individual panels that would provide backdrops for the topics covered throughout the year. We chose a rainbow scene for ‘Once upon a Tale’, a unit that covers traditional fairy tales, a map of the World for our unit on travel, ‘On the Move’ and treasure maps and landscapes of London for general role-play. The area to be covered was 48 metres in length.

We had a limited budget to work with so wanted to be able to spend as much of the money we had on equipment, costumes and learning resources for the children. Brock, father of Olive in Red class, offered to help and organised with two other dads, Neil and Lawrence, to paint the scenes on the wall for us. Before the wall could be painted, it needed treating with stabilising paint. Costing up the materials led us to investigate sourcing through community initiatives when Brock approached Whites Suppliers, who kindly gave their assistance with discounted materials. Over the next six months, the team came into school each Saturday and Sunday to complete the wall. They also worked throughout the half-terms, managing to achieve everything ready for the start of the Summer Term.

We are entirely reliant on parental contributions for projects of this nature. We are delighted with the result as it has not just impacted on the Reception children but also the nursery who can see the wall from their classroom as well as the staff, who can view the wall directly from the staffroom window.

We are very grateful for the effort that the team has put in and the generosity of Whites. Combined, they made this project possible.

This article was submitted by Tara McDarby, Reception teacher at Stillness Infants School. It first appeared in the June 2017 issue of SE23 magazine.