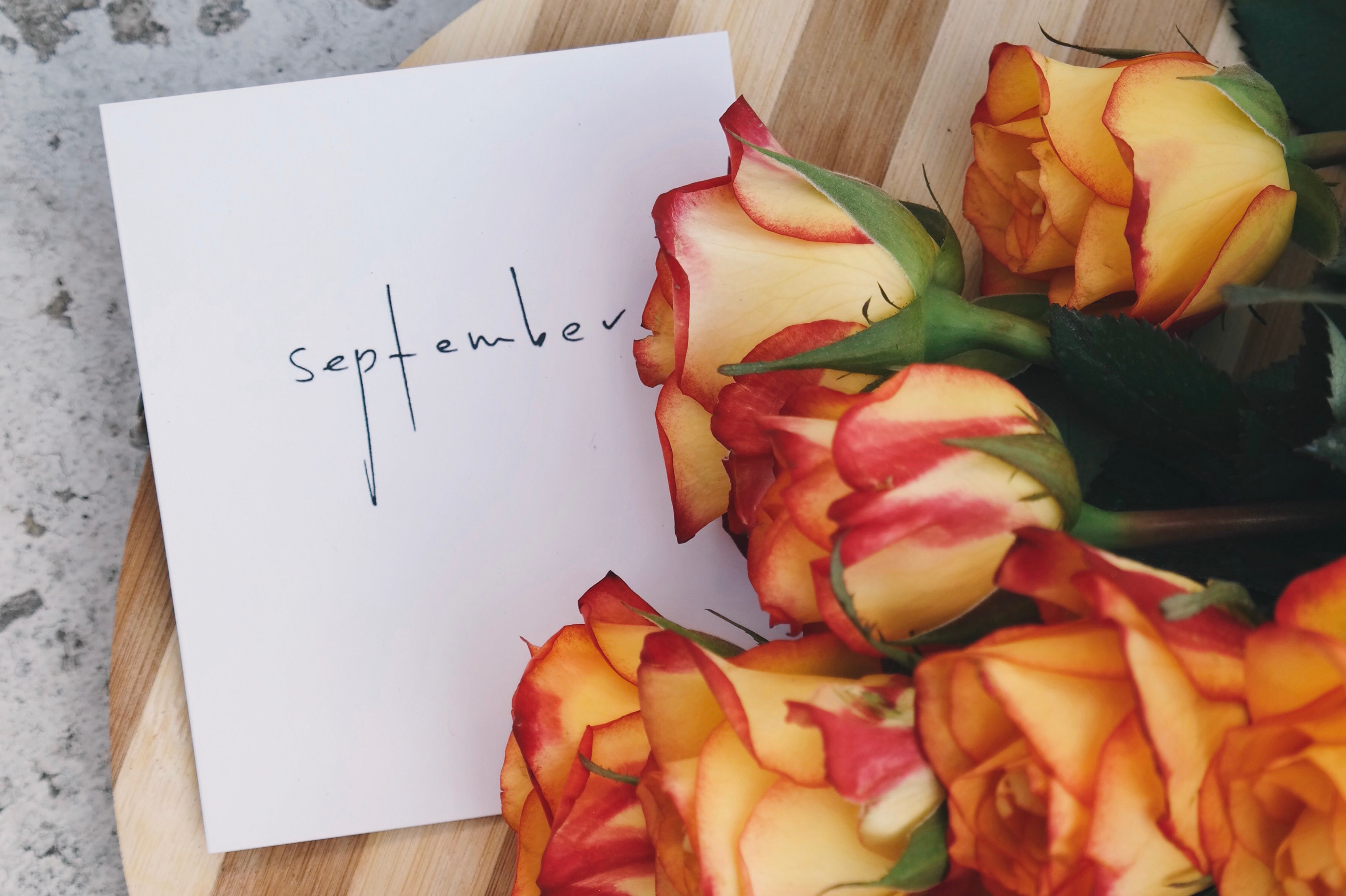 Photo by Brigitte Tohm on Unsplash

These elegant flowers, which rise up on long stems from a mass of large leaves, will brighten up the garden from late summer until early autumn. A. ‘September Charm’ is a pretty rosy pink and A. ‘Honorine Jolbert’ is a crisp white – both have gorgeous sunny golden centres. Happy in sun and shade – they’re a must.

With a mass of pale blue daisy-like flowers, this is another perennial to lighten up the early autumn months. A. ‘Little Carlow’ is another reliable variety with lavender blue flowers. Best in full sun.

Of all the geraniums G. ‘Rozanne’ is one of the latest flowering.

If you keep deadheading this useful geranium with large pale purple flowers, it’ll bloom into autumn. Happiest in an open sunny spot where it’ll form a large spreading mound.

Large golden daisies with black eyes they shine out against purples and grasses into early autumn. For a similar sunny sunflower feel, try helianthus varieties such as H. ‘Lemon Queen’ with softer yellow flowers.

Sedum come into their own in September when their large flat flower heads turn to warm shades of pink, purple and red. Of the many varieties H. ‘Red Cauli’ with crimson red flowers is one of the brightest.

A great small shrub for autumn with masses of bright cobalt-blue flowers from August to October which contrast beautifully with the rich russet-red leaves. Full sun or part shade.

A very useful evergreen grass-like ground cover plant for partial to full shade. It also has purple-blue flower spikes in late summer. ‘Money Maker’ is a paler version and ‘Monroe White’ is a pretty white variety.

The salvia family are great for late summer colour and S. Amistad with its large dramatically dark purple flower spires on long dark stems is a stunner and will go on into flowering into October, provided it has a sunny spot with free draining soil. S. ‘Blue Enigma’ is another statuesque salvia with tall spires of bright blue.

The warm terracotta orange of this late flowering crocosmia goes beautifully with purples and ornamental grasses. It also has attractive sword like leaves. It likes full sun or part shade and doesn’t like to dry out.

The tall spires of pale grey/ blue flowers on silvery stems create a cool haze when planted en mass. Flowering into late September it looks great with ornamental grasses and other late flowering perennials. Best in full sun, it can get floppy, so cut it right down in spring. P. ‘Little Spire’ is a shorter version of the well known P. ‘Blue Spire.’

A delicate airy plant with a mass of fine white star-shaped flowers on slender stems from May to September. It’s lovely with ornamental grasses and Verbena bonariensis in an open spot in full sun.