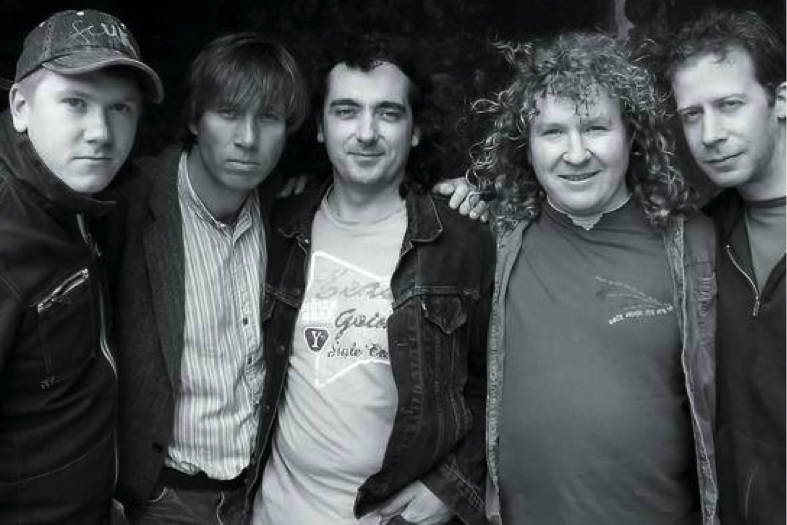 The Final Fridays season of live music at Aquarius Golf club continues through the summer with another highlight of live music, with free admission. This Friday 31 July, Hungry Grass will be playing an extended set of traditional and contemporary Irish music, in their own, hugely entertaining and musically attacking style.

Hungry Grass is an established and tight-knit unit of hugely accomplished musicians who perform across the UK and Europe, and are widely regarded as one of the finest Irish bands out there.

A five-piece who play their own brand of energised traditional Irish and original music, from fast and furious reels to soulful ballads with a strong emphasis on improvisation and spontaneity.

Five musicians who played the London circuit over the last decade, then met at the top of their circles and came together to create the sound known today by their followers as ‘goat music’.

“With an ultimate respect to the old music and where the music is going to, we can merely steer it, enjoy it, shape it and add to it… For it will out-live us all.”

“It’s music not just to suffice the masses, but to fill the glasses, call the shots and make people laugh.”

Peter Coughlan, lead vocalist, has a powerful, poetic Irish voice that moves his audiences and has led to comparisons with some of Ireland’s greatest folk singers. He is regarded as a once in a generation Irish ballad singing hero who breathes powerful sincerity, grace and beauty into every song he sings. If you haven’t seen him sing live yet, now you have the chance. So do so. Seriously.

‘It is a great pleasure to be hosting performances by bands with the notoriety and quality that Hungry Grass bring’, says Brian Towell, who curates all of the live music events at Aquarius Golf Club, including next month’s Festival on 29th August.

The golf club’s intimate surroundings and fine acoustics will make this a truly unforgettable evening of the very best in live music with very distinctive Gaelic roots. Hungry Grass is looking forward to a return to the Aquarius, where they headlined at last year’s ‘Unplugged’ mini-festival.

Hungry Grass always pulls a crowd wherever they perform, and hopefully will attract a few fans from further afield than the local neighbourhood to the Aquarius experience.

Music will start at around 8pm, and admission, as for all of the Final Fridays events, is free.

If you have a taste for the raucous, rebel rousing sounds of one of the finest traditional Irish bands in the country, then get along to Aquarius Golf Club for a night of pure musical energy and astonishing live performance.

Aquarius Golf Club is found through a gate at the end of Marmora Road, SE22 0RY. Copious street parking space outside the club. Bus routes 63 and 363. Nearest station Honor Oak.