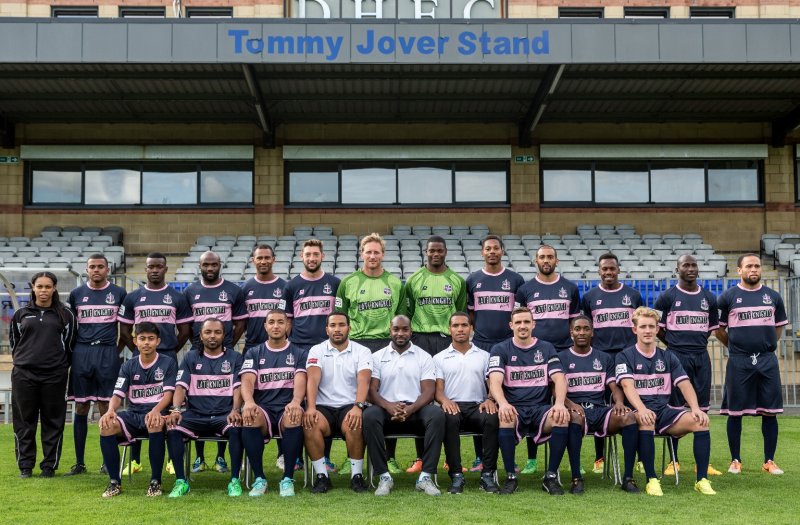 Football returns to Champion Hill this month after a busy summer for manager Gavin Rose. A number of familiar faces have moved onto new clubs but there was also news of returning heroes.

Commanding keeper Phil Wilson, a terrace favourite during his time with the club has moved on to divisional rivals Mersham after losing his place towards the end of last season to the on loan Preston Edwards. Edwards secured a rather unfortunate world record earlier in his career after receiving the most quickly recorded red card for a goalkeeper. However during his time at Hamlet he has looked anything but rash and to secure a player of his calibre must be seem as a relative coup for the club. Perhaps less surprising was the departure of young defender Ethan Pinnock, named player of the year for the last two seasons it was only a matter of time before he got the opportunity to step up that he deserved. This has materialised as he moves onto Conference National side Forest Green Rovers. Pinnock will be replaced at the heart of defence by the return of the last young centre back to leave Champion Hill for the professional game. In 2012 Premier League scouts from clubs as big as Manchester United and Liverpool were flooding to watch Hamlet’s Michael Chambers and it was eventually Crystal Palace that won the race for his signature. Injury limited his development whilst at Selhurst Park and he eventually moved onto Welling United where he spent last season. Still only 22, the move back to familiar surroundings could be the perfect opportunity for him to re-launch his career.

Perhaps the most exciting of all is the return of promotion hero Danny Carr. The now 22 year old striker managed 17 goals as he helped Hamlet to the Isthmian South title in 2012. Picked up after his release from Reading, via a brief spell at Eastbourne Borough, Rose breathed new life into Carr’s career after converting him from a winger to a striker. Trials at Liverpool, Leeds and Charlton soon followed before he secured a move to Huddersfield Town. After a series of loan moves, Danny moved onto Cambridge but was released at the end of last season. The skilful, composed striker will hopefully have benefitted from time in the professional game and his return to Hamlet is sure to fill supporters with optimism for the new season.

The league fixtures are due for release anytime, so keep an eye on the club website for more details.