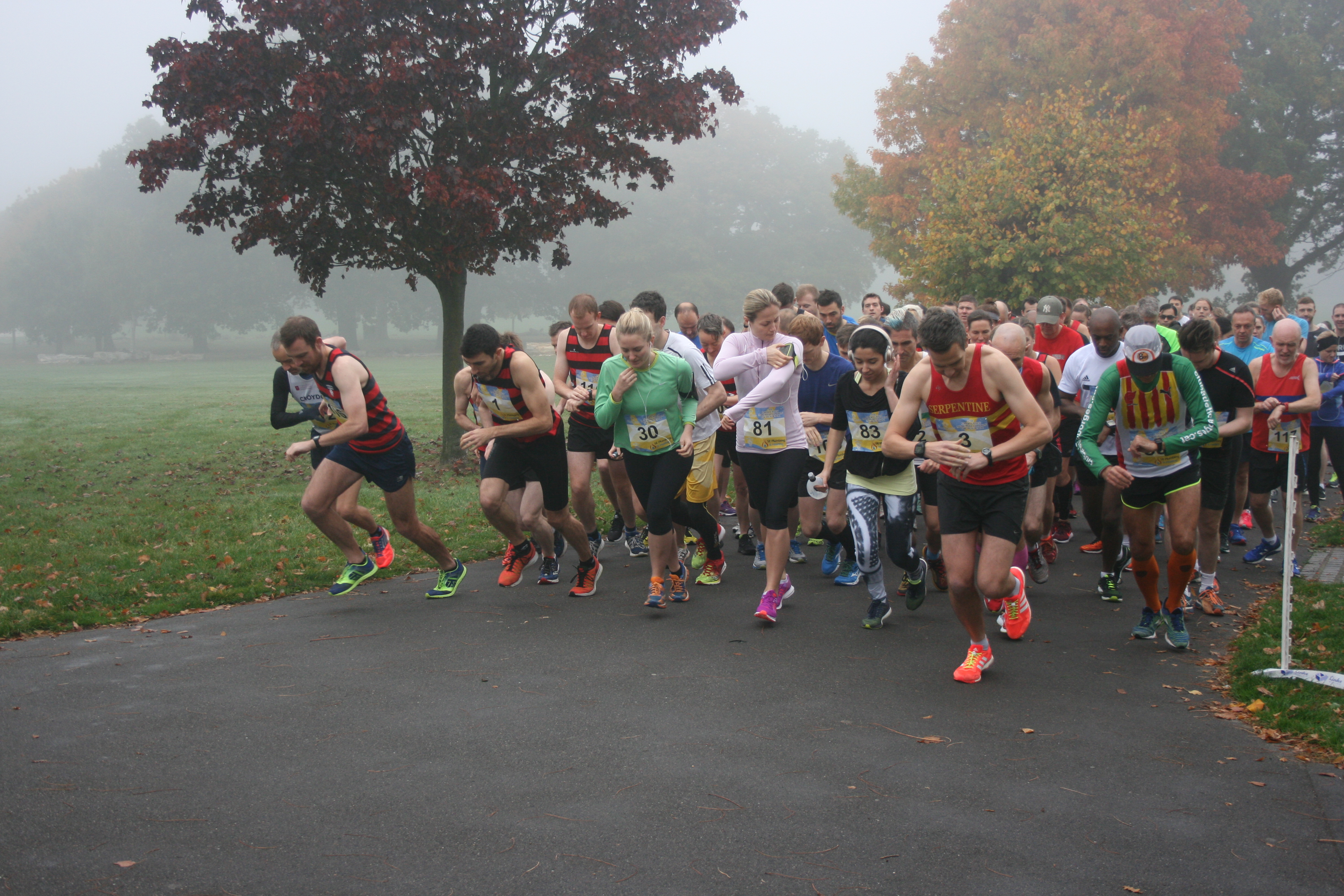 Herne Hill Harriers are once again preparing for the Emer Casey Memorial London 10k which takes place in Brockwell Park on Sunday 29 October 2017 at 9.30am. This is an event with a unique history.

Emer Casey, the youngest of five daughters of Brendan and Juliette Casey died when she was just 28 years old following a short and brave battle against ovarian/uterine cancer in 2006. Her untimely death had such an enormous impact on her family, friends, colleagues and everybody that knew her that a decade on from her death her legacy lives on. Her family vowed that the best way to honour her memory was to establish the Emer Casey Foundation, determined that nobody else should suffer the same fate as Emer.

Ten years on the Foundation – a charity dedicated to fundraising which will help to support research into ovarian and uterine cancer and improve the lives of women diagnosed with the disease – continues to go from strength to strength. So far it has raised almost €1 million and has no intention of stopping there.

One of the central aims the Foundation had was to establish a network of runs across the globe. Indeed, the charity’s patron is none other that Sonia O’Sullivan, a former world champion and Olympic medallist over 5000m. A run was quickly established in Emer’s home town of Youghal, a small seaside town on the southern tip of Ireland, and another on the opposite site of the world, in Melbourne, followed soon after. By 2009, the Foundation had set its sights on London and Ger Flanagan, one of its key supporters, identified that if a run was to be sustainable, it would need the backing of a local athletics club. Fortunately, when asked if he had any contacts who might be able to assist, Ger replied that he did have somebody in mind. That somebody was the legendary Irish runner John Downes – a former Southern Cross Country champion and Herne Hill Harrier – and it was John who enquired whether the club could offer support with this venture.

By 2009, the Foundation had set its sights on London and that is when Herne Hill Harriers came to the fore. A connection was established through the legendary Irish runner John Downes – a former Southern Cross Country champion and Herne Hill Harrier – and it was John who approached the club to find out if it would be interested in staging a new 10K event. The Harriers accepted this invitation without qualification and began working with some of Emer’s London-based friends to put together a new 10K event in Brockwell Park, Herne Hill, the club’s spiritual home.

The first event in October 2009 was a huge success and set the scene for what was to follow. Eight years later the event has become a regular autumn fixture in the calendar of local events, attracting regular entrants and new participants every year and offering a unique atmosphere for runners of all ages and abilities. With this increased awareness, word about the Foundation, its story and its objectives is spreading. Emer Casey will not be forgotten.

For further information about the work of the Emer Casey Foundation, and for details on how to enter the 2017 run please visit www.emercaseyfoundation.com or email emercaseylondon10k@gmail.com. Online entries cost £11.50 including a booking fee for UK Athletics affiliated club runners and £13.50 including booking fee for unaffiliated runners. Entries will also be accepted on the day at £16 if the entry limit has not been reached. Individual, team and spot prizes are on offer, as well as a bonus for a new course record – 32.22 for men and 37:41 for women.