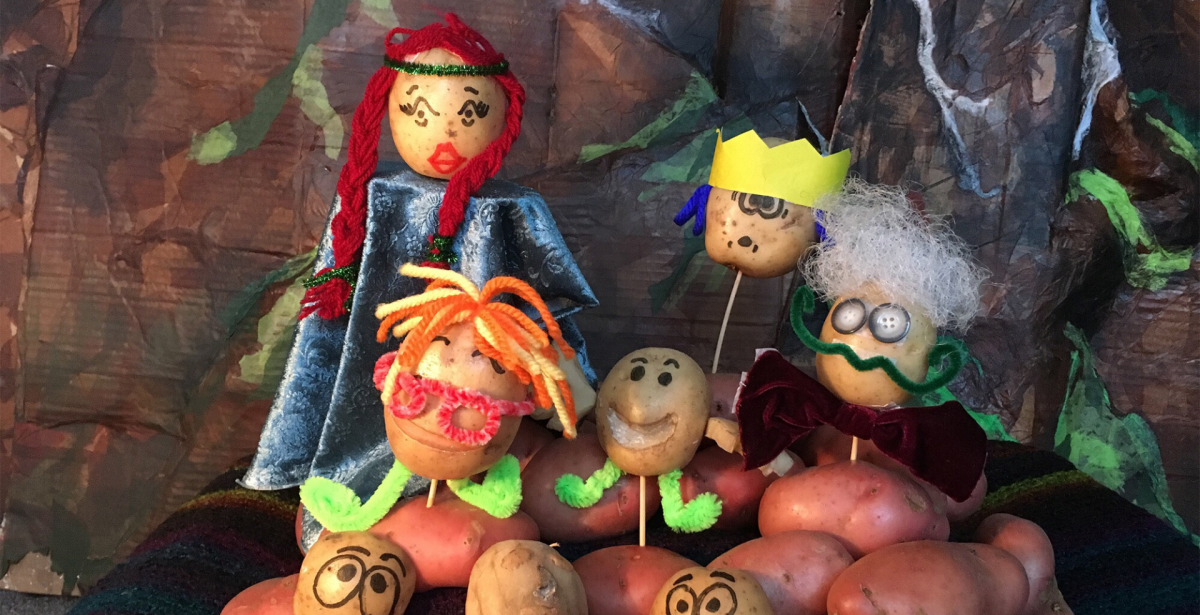 The East Dulwich Tavern in East Dulwich are hosting their second annual Children’s Festival, this time with a focus on the arts!

Science Mania Presents… Professor Kaos Kitchen Chemistry (experiments to do at home!)
This fast-moving science show gives you the chance to join in with all the stuff most mini mad scientists love to do. Kitchen chemistry shows you how to do all the cool experiments at home. You’ll also get the chance to electrocute your parents! 6FootStories presents… The Potato Puppet Playground
Join interactive theatre vagabonds 6FootStories for a spud-tacular mash-up of arts, crafts and potato performances as they take you and your potato on an incredible improvised adventure story (potatoes provided!). Learn how to make a potato puppet and join the storytellers in the Potato Puppet Theatre! Mad Etiquette presents… Captain Cauliflower and Marvin the Mischievous Moose
Join the invincible Captain Cauliflower and his faithful companion Marvin on an unforgettable journey, filled with extreme silliness and unquestionable danger. Dan and Neil are simply two of the best clowns around, children and adults love them.  Joyous physical comedy for all the family. “Silliness as an art form” The Scotsman Comedy Club 4 Kids presents… Mixed-bill comedy show, with 3+ acts.
Since 2005, the Comedy Club 4 Kids has been getting the best stand-ups and sketch acts from the international circuit to do their thing for an audience of children (aged 6+) and their families… but without the rude bits!

Mad Etiquette presents… Franco and Luigi’s Barmy Bake Off
Franco and Luigi have to make a cake for the big Mafia boss’s daughter’s wedding, will they finish it in time? Dan and Neil are simply two of the best clowns around. Children and adults love them. Joyous physical comedy for all the family. “A fast-paced multidimensional masterclass in comedy” Edinburgh Festivals Magazine

Discofest presents… Discofest Takeover at the EDT Children’s Arts Festival
An afternoon of interactive dance and games for little groover’s and mover’s and their families.  This indoor disco-festival event includes a LIVE DJ, disco lights, games and dance host, glitter tattoos, inflatable props, GO Banana’s madness, confetti fun, Plus more. Don’t miss out on this fun filled day as we plan to party the afternoon away!

All tickets can be purchased here.