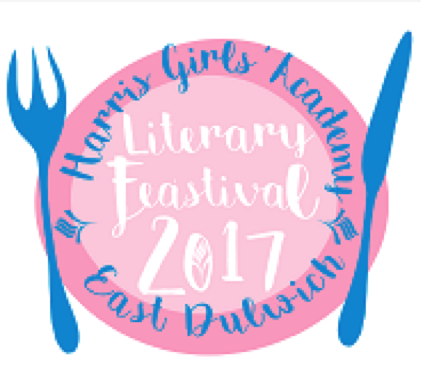 Once again Harris Girls’ Academy is celebrating the literary arts with opportunities open to our local community, including performances, readings and talks from 10th-21st July. The theme for 2017 is Feast, with many of the scheduled events focusing on food in literature and the exploration of culture and identity through food.

This year all of our public events will be run in partnership with the Ivy House, our local Community led Inn on Stuart Road and all of the scheduled events, except the pub quiz are free entry.

Students will be taking part in a range of activities linked to the theme throughout the week including a big lunch; a pop-up bookshop; talks from local authors and performances from visiting theatre companies.

Join us for an enriching week of events; we look forward to seeing you! Driven by the principals of community, authenticity and sharing, storytelling nights have been popping up across London and one of the most popular is Spark.

Every week Spark hold nights in venues across the city which include open-mic nights as well as curated evenings which are recorded and turned into a monthly podcast by acclaimed producer Matt Hill.

Following the festival’s theme Feast, a number of storytellers will share their tales before offering the mic to audience members who feel inspired to tell their own true story.

Expect the unusual, the hilarious, the tragic and the heart warming. Gerald Dickens is a great great grandson of the author Charles Dickens. He has worked as an actor, director and producer for many years.

In 1993 he created his first one-man show, a theatrical performance of A Christmas Carol inspired by Charles’ own energetic readings of the 1860s.

He has appeared at several arts and literary festivals in the UK and has been entertaining cruise ship passengers worldwide since 2007.

Gerald will read Sikes and Nancy. This is Victorian theatre at its most dramatic. Most of Charles’ readings were safe, well-known and often comic passages from his novels, but in 1869 he introduced Sikes and Nancy to his repertoire. When Dickens performed what he called ‘The Murder’ he judged the success of the evening by the number of ladies who had fainted with horror. Today it has lost none of its power.

Mr Brown will host a quick fire quiz with a literary theme including a picture and music round!

Join us with your knowledge of literary greats, from Charles Dickens to JK Rowling!