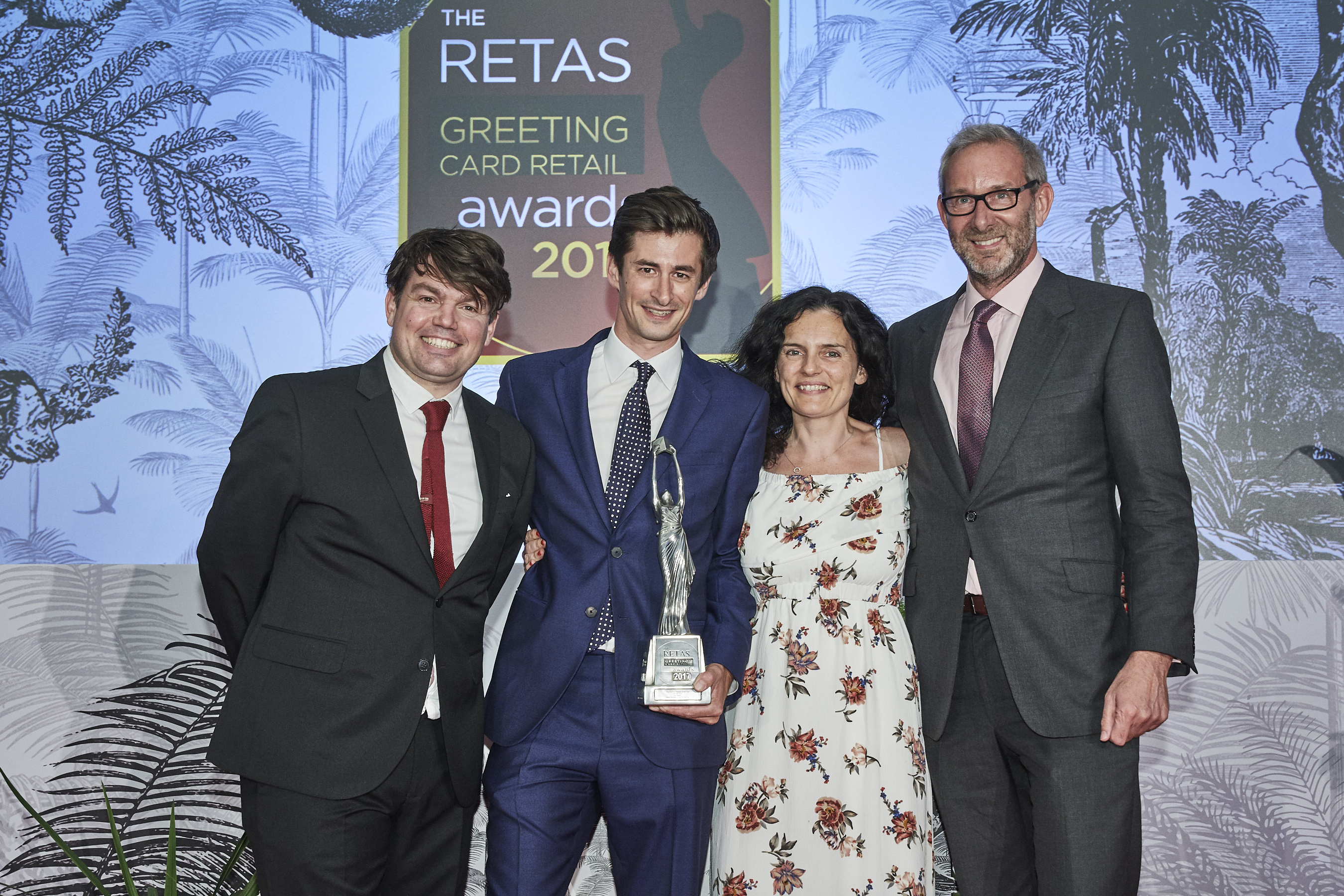 East Dulwich card shop ‘Postmark’ has beaten off stiff competition from the likes of Tesco, WHSmith and The Card Factory to be named the UK’s Best Greeting Card Retailer, 2017.

Postmark, who have four shops in south and west London, including one on North Cross Road in East Dulwich,  was named the UK’s ‘Best Greeting Card Retailer’ 2017 at this year’s RETA’s, which recognises the importance of retailers to the success of the British Greeting Card industry, estimated to be worth around £1.7bn a year, supporting almost 100,000 jobs across the country.

The family run, independent retailer also picked up a separate award for their monthly ‘Feel Good Friday’ campaign, which encourages people to send cards ‘just because’ offering a free card and postage to anywhere in the UK to anyone interested in taking part.

Run by husband and wife team Mark and Leona Janson-Smith, they currently have four shops – Balham, Dulwich, Greenwich and Chiswick – and champion the very best of UK and internationally designed cards and stationery.

Speaking after their win Mark Janson-Smith said: “This is really incredible. We are completely blown away to be named Best Greeting Card Retailer in the UK. Since we started our business a lot has changed but it seems no matter what is going on in the world people still want to buy great greeting cards. We’ve always strived to bring our customers the best and thankfully people, including our long-standing customers in East Dulwich, have really responded to that.  As an independent high street retailer winning this award is a real boost and just goes to show that small businesses like ours can have just as big an impact on the high street as the bigger retailers.”

Mark who opened the first Postmark in Balham in 2004, has been involved in retail since his teenage years. Leona joined the business full-time in 2015 after a career in PR which included a seven year stint with the then Mayor of London, Boris Johnson.