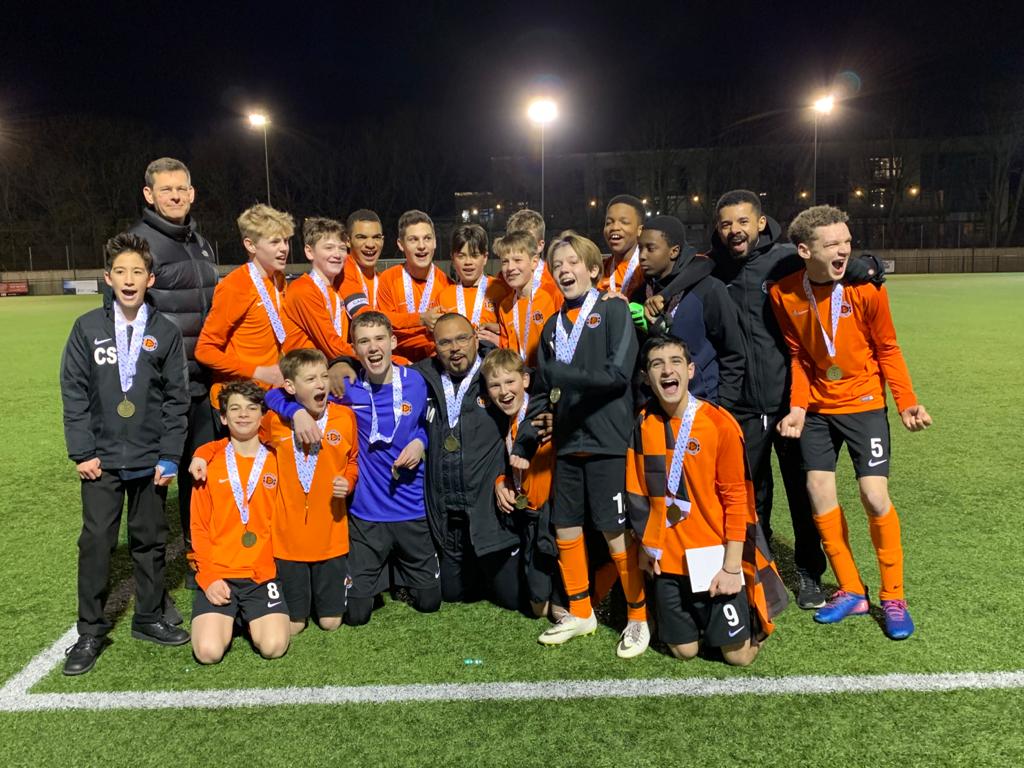 Each win in the competition rounds took Dulwich Village FC’s Under 14 Black Team tantalisingly and expectantly to the London Cup final, held on Sunday 1st March.

Man of the Match was awarded to the winning side’s Stavros Achillea, a talented Striker renowned for his strong and quick footwork.

Dulwich Village FC Chairman, Karl King said “I want to say how hugely proud I am of our U14 Black team for their fantastic victory in Sunday’s Cup Final. This was an exciting inspiring performance in which the team played with enthusiasm and skill. Above all there was a fantastic team spirit that epitomises the club’s ethos and values that football is more than just a game. Dulwich Village Football Club is an ambitious club serving the locality that aims to make sport a positive contributor throughout the local community. I am especially grateful too, for the tremendous travelling support – with such support our teams and the club will be successful in all its endeavours. Congratulations once again to all the team.”

Under 14 Black Team Manager, Daniel Mascoll said “My team has delivered a truly outstanding achievement and I am extremely proud of each of them. They are a massive credit to their families and the club. I have coached the team since they were 8 years old and it is just wonderful to see them go from strength to strength. I can’t wait to see what the future holds for these young players.”

Nearly 800 teams from across London entered the London Cup competitions this season.

Dulwich Village FC was established in 2008 and develops footballers from age 6 upwards. Above all the Club wants to share its vision about the positive effect of football for the individual and the local community. This season the club has 51 teams, boys and girls, playing in the Kent County Football League, Bromley & South London Football League, Kent Youth League, Selkent Youth League and the London Country’s Saturday Football League.