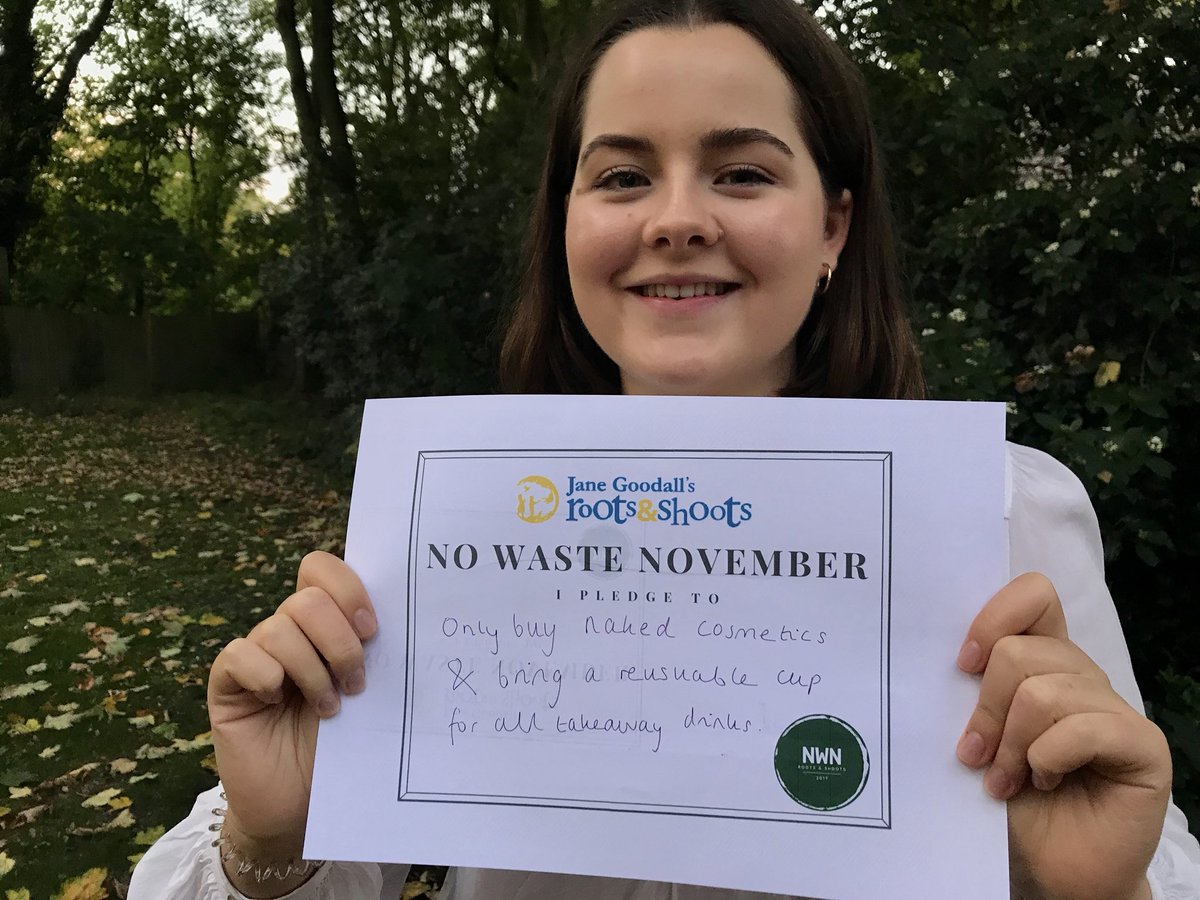 A sixth former at James Allen’s Girls’ School is asking everyone to join her global fight against all types of waste throughout November.

Tilly Gratton has launched a new campaign to cut down on waste next month and wants as many people as possible to join her in taking action. She has started the global No Waste November campaign with a team of fellow young environmental champions across four continents and over the next few weeks will spread the message on social media.

Whether it’s reducing water use, avoiding single use plastic products or throwing away less food, Tilly is asking everyone to make a pledge and do what they can to help. For her part Tilly has pledged to only use naked cosmetics and drink from reusable cups.

She developed the idea for No Waste November through her work with Dr Jane Goodhall DBE’s Roots and Shoots programme which empowers schools and universities around the world to make positive changes that help communities, animals and the environment.

Explaining why she feels so strongly about fighting this problem, Tilly said:

“The unsustainable waste culture in the UK is something that is too often ignored. The amount of plastics that end up in landfill each day is terrifying and people aren’t aware of how, even when recycled, the masses stack up. It’s not just plastic that shows such worrying statistics, food, water and other waste is a horrendous problem.

“No Waste November aims to raise awareness of these issues and how people can take individual action as well as highlight the power we as consumers have.”

Her message is simple:

“Do whatever you can, it doesn’t have to be anything crazy. Any challenge you set yourself, however small, can make a difference.”

During the Summer, Tilly was chosen to represent the UK at Dr Goodhall’s Global Youth Leadership conference with representatives from 21 other countries where they addressed the biggest issues their global communities face. As a result of this summit, she decided to launch No Waste November with her colleagues in Taiwan, Dubai, New Zealand and Canada to make this a truly global drive.