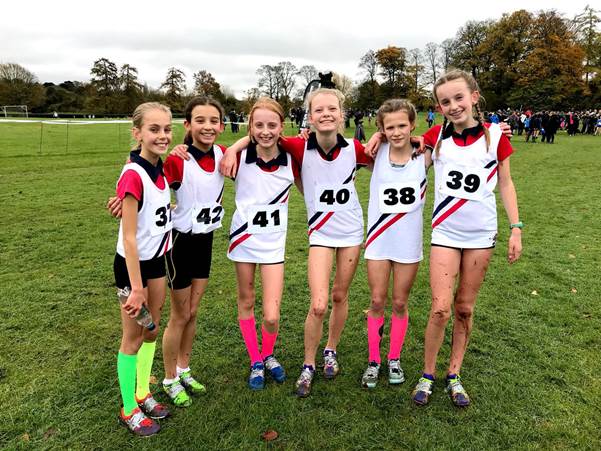 Runners from James Allen’s Girls’ School have qualified for the National Cross Country Cup final after double victory in the South East qualifying round.

Cross Country runners from James Allen’s Girls’ School took on schools from across the South East in the regional qualifier for the 2017 National Cross Country Cup and finished first in the individual and team standings.

Phoebe Bowen shot to victory in the Under 13s race finishing in front of more than 100 of her rivals. She was also part of the overall winning team with her team mates, Annabella Bailey, Ivana Tymczyszyn, Gaby Stein, Daisy Pickering, Phoebe Bowen and Louise Maignan. The six girls will now head to the national finals in Sevenoaks on 25th November.

The competition, organised by the English Schools Athletics Association, took place on 11th November and was run over a distance of 2.5 Kilometres.

Phoebe also competes for the Herne Hill Harriers and her victory adds to the first places she took last month in the Run Southwark schools race and the Surrey League cross country in Reigate. Louise and Annabella also finished in the top 5 of Run Southwark race.

This is the second regional success for the school’s athletics team in recent weeks. Last month six girls from JAGS’s senior and junior schools qualified for the national biathlon final (running and swimming) after winning their South East qualifying rounds.